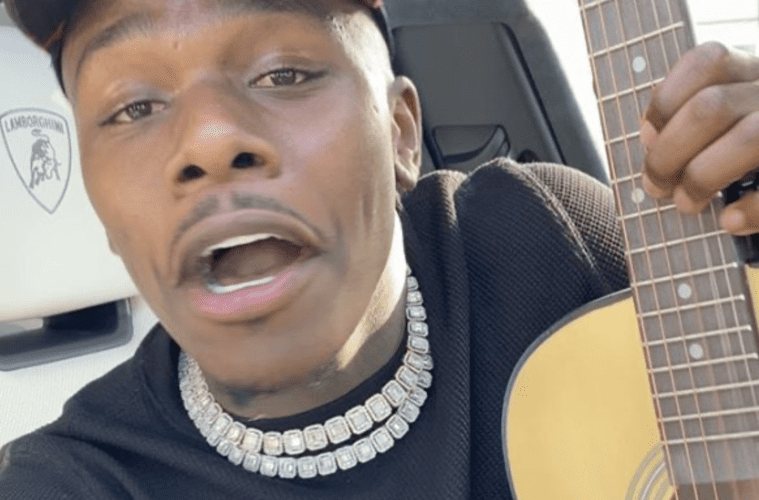 North Carolina rap star DaBaby is speaking out. After having stayed mum on the recent protests following the murder of George Floyd, Baby has taken to social media to break his silence.

In a new series of tweets, DaBaby has explained his delay in speaking up about the events that have been going on. He says he doesn’t want his intentions to get mixed up with those who are just clout chasing.

“I always sit back and let the hype blow over before I give my insight so my perspective don’t get confused with all the ppl who only speak for likes & comments, or to save face, or maybe because their PR department, label, or management told em they should make a statement….”

“….in order to preserve their integrity & not lose fans, business, support from the black community, etc. ion gotta fake kick it & play sad, This Baby it’s been F**K EM. & It’s gone be f**k em. Im really what they consider a N*GGA I go through this sh*t daily…”

“if n*ggas knew better they would know it ain’t just the police, it’s f*ck da LAW period. The whole system. Sh*t been corrupted, and a lot of us really victims of it, sh*t I got cases open RIGHT NOW. Stay focused w/ your fight, out smart em.”

“& Before I go, all you internet MFs who ain’t never even been in handcuffs before don’t talk to me, You don’t know nothing bout this sh*t, stay focused. Don’t let your intentions get watered down worrying about what “famous” ppl doing with their influence. Y’all be safe🖤”

DaBaby also said admitted to having been a victim of police brutality. He was also charged with assaulting an officer several years ago despite claiming to be the one who got beat.

“I’m a real life victim of racism & police brutality. 95% of the people yapping on the net aint never been beat up by the police & charged w/ some shit they ain’t even do, I HAVE. Assault on an officer 2017, look it up. Wanna win OUT SMART em, beat em at their own game.”