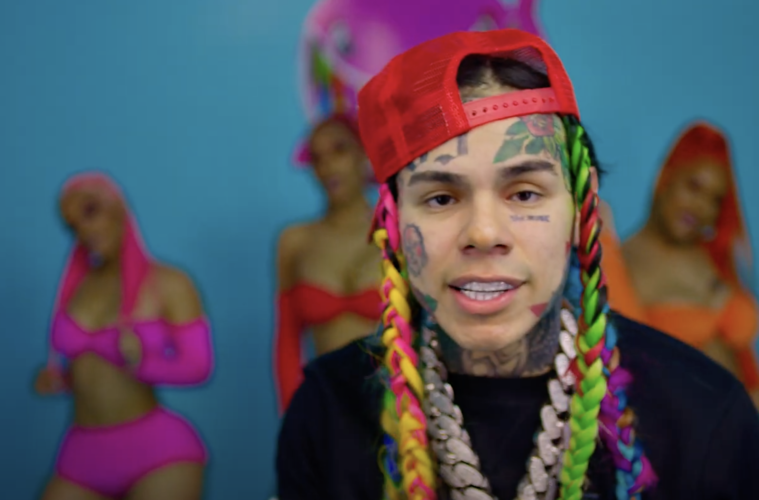 New York rapper Tekashi 6ix9ine might have a legal battle on his hands. After putting up big numbers with his “GOOBA” single release as well as its accompanying music video, the latter has been removed from YouTube.

Kenyan producer Magix Enga has filed a copyright claim against Tekashi. The legal drama has immediately forced the music video’s disappearance from YouTube.

The producer went to Instagram to expose 6ix9ine as well. Enga let it be known his beats wouldn’t be taken without permission.

The video for “Gooba,” Tekashi’s first post-prison song, broke a record when it was released on May 8, surpassing Eminem’s “Kill Shot” for the most views for a hip-hop video in 24 hours with 38.9 million—Eminem had 38.1 million views. The song currently sits at No. 11 on the Billboard Hot 100 after peaking at No. 3. 6ix9ine was pissed off about the single not reaching No. 1 and accused Billboard of fudging its numbers so he would not come out on top. He even got into a back and forth with Ariana Grande, whose “Stuck With U” collab with Justin Bieber took the No. 1 spot. Now, the status of 6ix9ine’s hit may be up in the air. (Billboard)

6ix9ine recently offered financial support to those effected by coronavirus. In a new social media post, he called on Big Apple rap artists to dig into their pockets to make a difference. Last week, Tek hit up Instagram and didn’t censor himself in calling out fellow New York entertainers. 6ix9ine said he’d put up $200,000 for every $100,000 another rap artist donates, exposing NY rappers.

“IF YOU A RAPPER FROM NEW YORK AND YOU AINT GOT AT LEAST 100K TO GIVE BACK TO OUR CITY FOR PEOPLE IN NEED YOURE A BUM. GOD GIVES YOU A GIFT ITS NOT JUST FOR YOU ITS TO HELP OTHERS IN NEED. BROKE N***AS GONNA IGNORE IT 🤣🤣🤣🤣🤣🤣🤣 “I didNt SeE iT mY phOnE wAs oFf” -Tekashi 6ix9ine’s Instagram