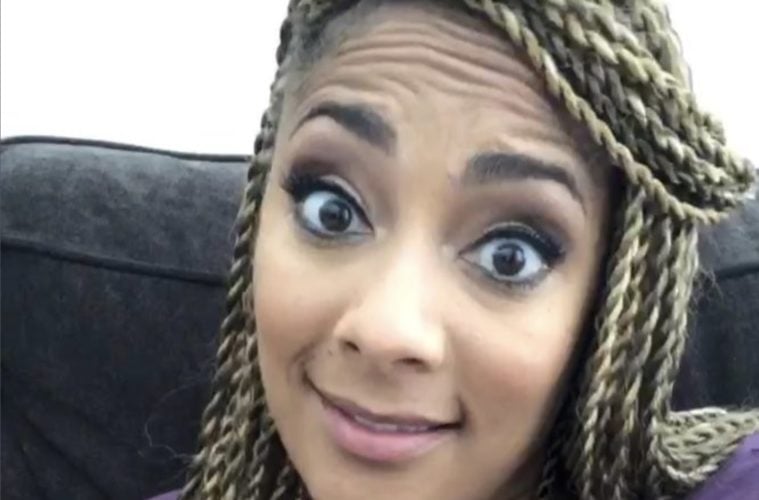 Hollywood actress/singer Amanda “Diva” Seales is making it even harder for Russell Simmons to do damage control. The music biz veteran has come clean on getting sexually harassed by the music mogul.

Seales recently went to Instagram and revealed a shocking encounter with Simmons.

PSA: For anyone who says, “Why’d they wait so long?” You wait because as a woman raised in a patriarchal, “Bros before Hoes”, sexist, “but what were you wearing” society you understand power dynamics and that even when there are witnesses to any level of sexual harassment/assault it will always be you who is questioned for incurring the offense. You wait because you know your vision is bigger than their indiscretion and refuse to let it derail you from your goals. You wait because you don’t even want to acknowledge the fuckery for longer than you have to when you know the odds are there will be no consequences, you’ll be dismissed, or worse defiled yet again and would rather get on with the positive things in your life. You wait because, especially when it’s a black man of prestige, you are conditioned to not speak defamatory truths for fear it will undermine their contributions to the community. Lastly, you wait, because you don’t even wanna believe it ya damn self. No matter how seemingly benign or intrusive, no one wants to endure this, particularly in professional settings. Yet, so many of us have so many of these stories and we come to operate like a clandestine anti-#creeplifes coalition of alerting others to, “watch out for so and so”. Let that be no more. It is not okay. It is not the culture. It is not your fault. Expose them. #igstorygems

Last week, movie network HBO distanced itself from Simmons despite keeping his “All Def Comedy” show on its schedule.

“HBO will be airing All Def Comedy as planned,” said a spokesperson about the Simmons-created series. “However, Russell Simmons will not appear in the new series and we will be removing his name from the show moving forward. The series is a platform for promising and upcoming comedians and we do not want to deprive them of an opportunity to showcase their talents to a national audience. We have no other projects with Russell Simmons.” (Statement)

The music mogul’s relationship with HBO dates back over two decades.

Simmons has been under an overall deal with HBO since 2015, but his relationship with premium cabler dates back to 1992, when he co-created Def Comedy Jam, the landmark series that helped discover Jamie Foxx, Chris Tucker, Martin Lawrence, Bernie Mac, Dave Chappelle, Kevin Hart and others. In 2002 Simmons launched the Peabody Award-winning Def Poetry Jam. HBO aired an All Def Comedy one-off special in November as part of Simmons’ overall deal, and picked up Simmons’ All Def Comedy stand-up series for a six-episode season to premiere in December. (Deadline)