Country music star Taylor Swift has some hardcore fans riding for her. The singer’s loyal supporters have apparently trolled her rival Kim Kardashian with a slew of non-stop rat emojis.

After Kim K went to IG with a pic of husband Kanye West’s “Famous” music video set – which featured a topless wax Swift – her comments section flooded with rat images. 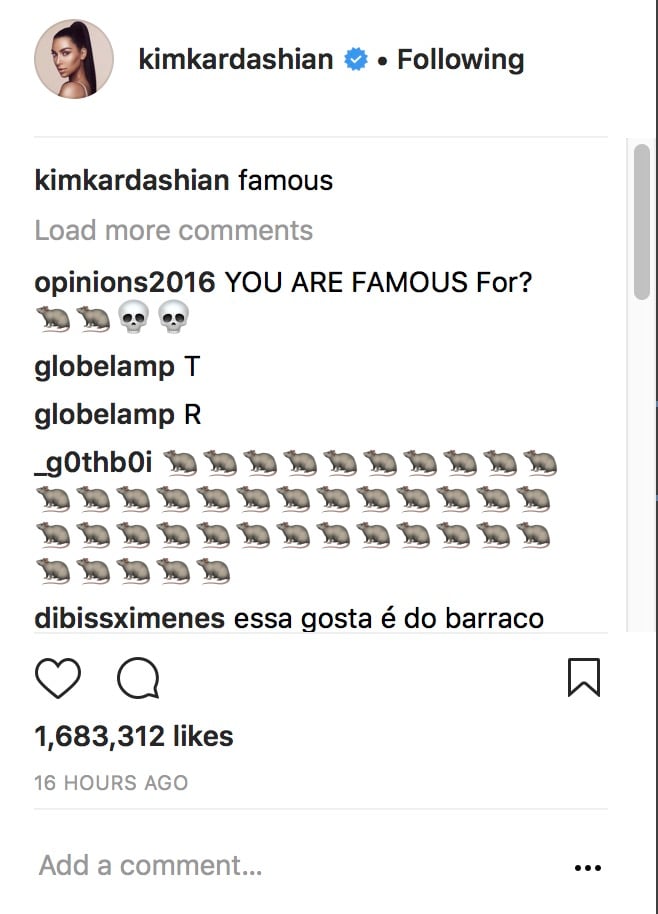 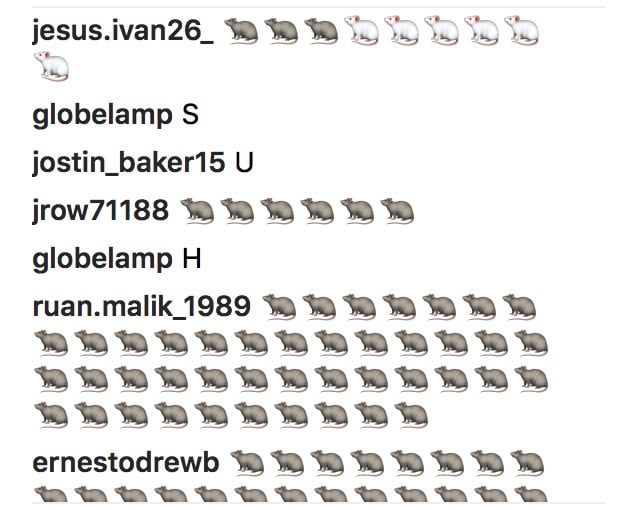 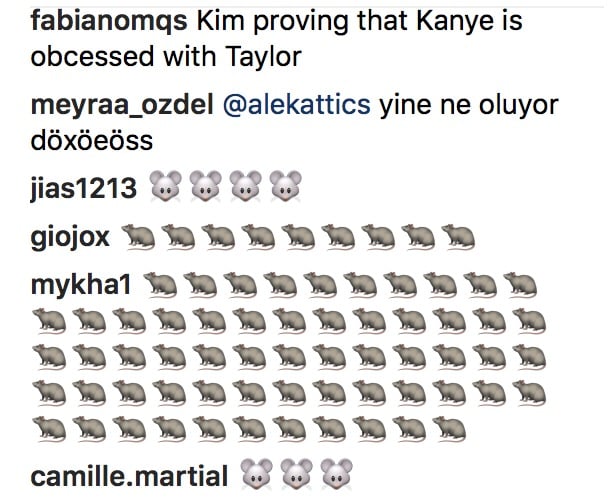 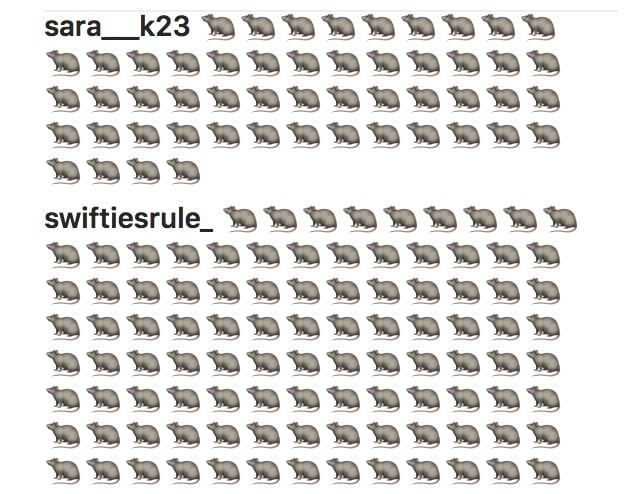 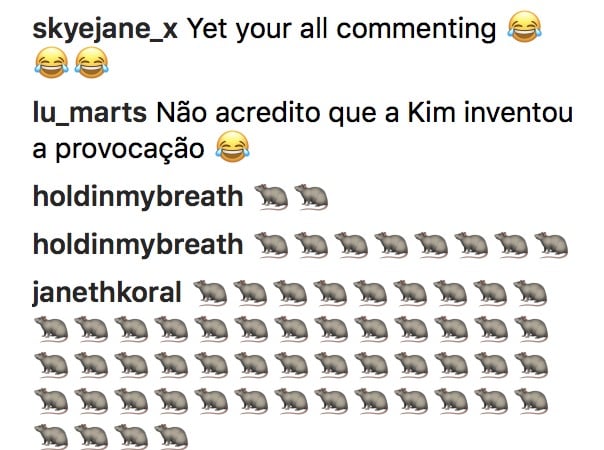 Media reports suggest the rats stem from Kim K snitching on how Kanye told Swift about getting at her on his “Famous” song.

Quick recap: Taylor tried to claim Kanye never informed her about said lyrics, Kim released a slew of Snapchat receipts to prove otherwise, and Taylor tried to “remove herself from the narrative.” This is obviously reminiscent of that time when Taylor’s own Instagram feed was flooded with the snake emoji. (Marie Claire)

In late August, buzz developed over Kanye’s fans gearing up to troll Swift.

Some fans became suspicious after Taylor announced that her upcoming album Reputation would drop on November 10, which is the ten-year anniversary of Kanye’s mother’s death. (While Taylor has yet to respond to the coincidence, her label did address the date, saying that it’s “standard practice that releases come out on Fridays and we locked in this release date based on other Universal Music Group releases.”) Still, it would seem that many Kanye fans are upset about the unfortunate overlap — so much that they decided to “reclaim” November 10 as “Hey Mama” day. (Teen Vogue)

Days prior, Swift’s camp shut down rumors about her trolling Kanye by putting out her Reputation album on the 10-year anniversary date of his mom’s death.

“It is standard practice that releases come out on Fridays and we locked in this release date based on other Universal Music Group releases,” a publicist at Swift’s label tells PEOPLE. “There is no correlation.” (People Music)