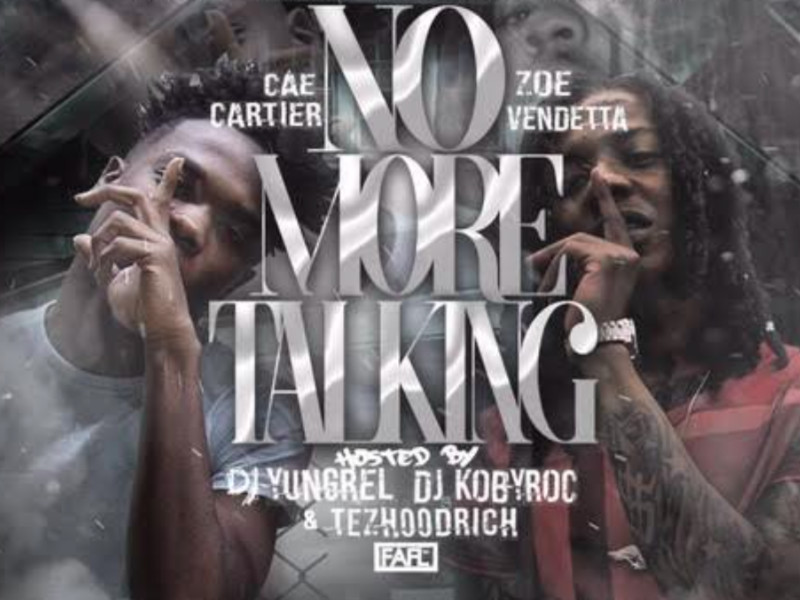 No More Talking is a collab mixtape from blood brothers Zoe Vendetta & Cae Cartier from East Atlanta. Zoe is the older brother and creator of the mantra #FuckAFriendLifestyle, while Cae is the laid back ambitious emcee.

Both have the same interest in music and are the voice of the youth and hope to make noise in the music industry with their debut mixtape.

“Act Up” is the official single from the project and the music video will be releasing the top of 2017.