Rich Gang‘s Young Thug has Andre 3000 on his mind. The colorful hip-hop star showed off his love for OutKast’s frontman this weekend. 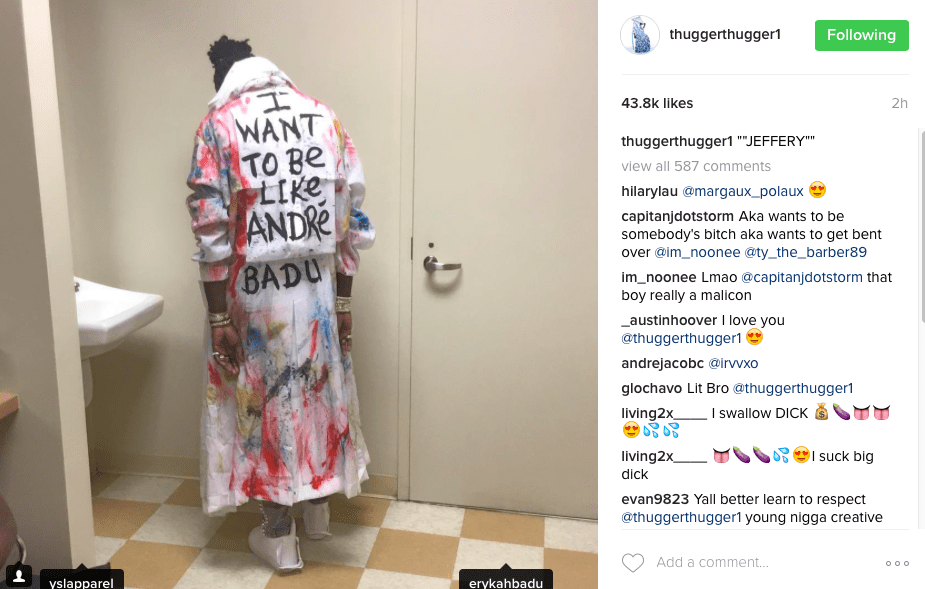 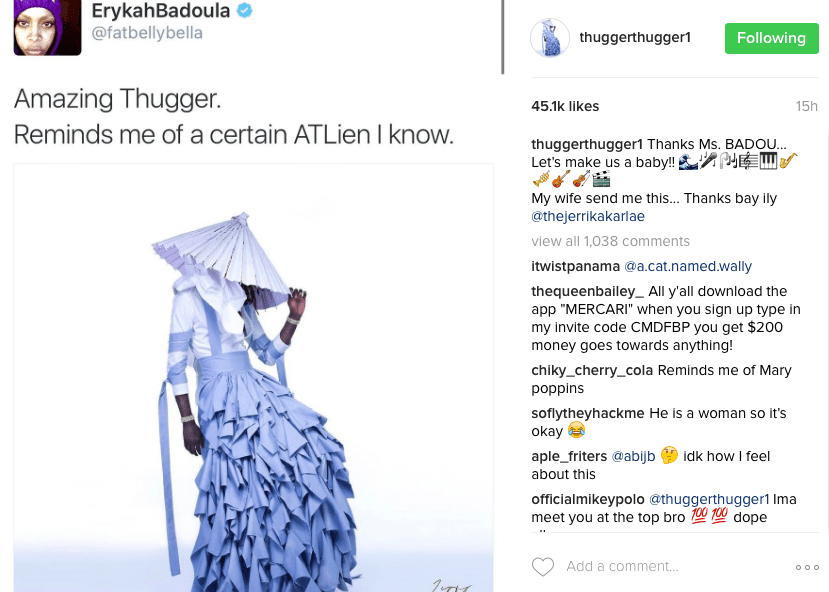 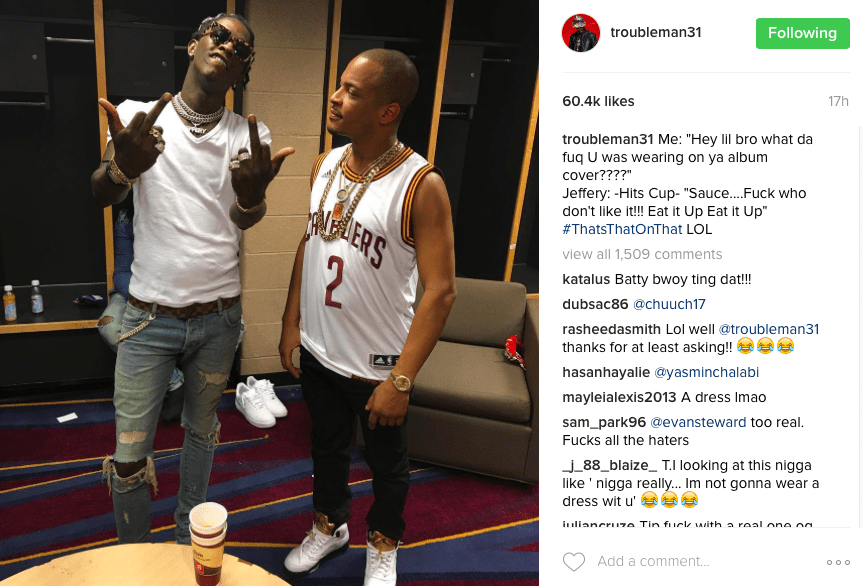 No, My Name is Jeffery, Slime Season 3, and I’m Up all hit the top 5 on the rap charts—and two of them charted in the Top 10 on the Billboard album chart. Jeffery, Thugger’s most recent release, debuted at No. 3 on the Rap Album chart, while Slime Season and I’m Up hit that chart at No. 1 and No. 4 respectively. (The Boom Box)