Young Thug’s Ready To Hit Grammys Next Year: “I Don’t Know Why they Ain’t Invite Me” [Video]

Rich Gang’s Young Thug recently talked about not receiving an invitation to this year’s Grammy Awards ceremony despite having chart-topping hit records in 2015.

Along with revealing his interest in attending next year’s event, Thugger dished on wanting to go home with some trophies.

“I don’t know why they ain’t invite me to the Grammys. That is a crazy question. Who owns the Grammys, man? The owners, the buyers, the investors. Who runs The Academy? Y’all call in man, Drama TV, right now. I think next year we’re going on. I had 24 hits on Top 100. 24 of them was Top 5. Why ain’t [I get invited/nominated?] [T.I.’s] been the Grammys a couple times. They ain’t let me. I’m on third semester, they ain’t let me. I don’t understand it. Man, I want every Grammy. We’re going to live through this. I want to go.” (Shade 45 StreetzIzWatchin)

Watch Young Thug and T.I.’s interview on the next page…

A few days ago, Young Thug reacted to a lengthy Twitter rant by rap star Kanye West about him not being at this year’s Grammys.

#YoungThug refers to #KanyeWest as dad now we guess …

West dished out his respect but overall frustration with the annual Grammy Awards ceremony earlier in the day. 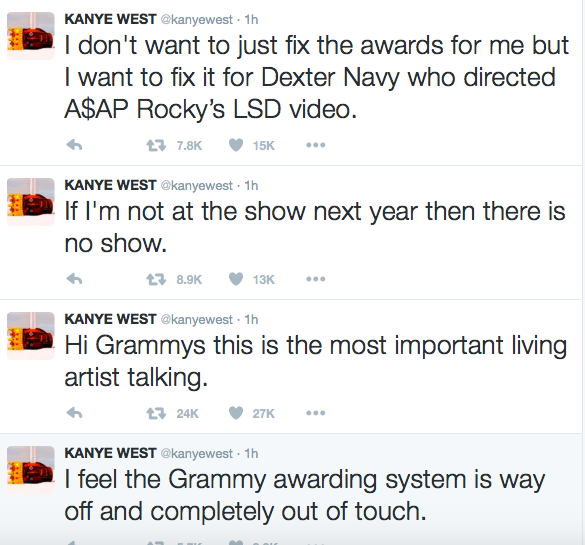 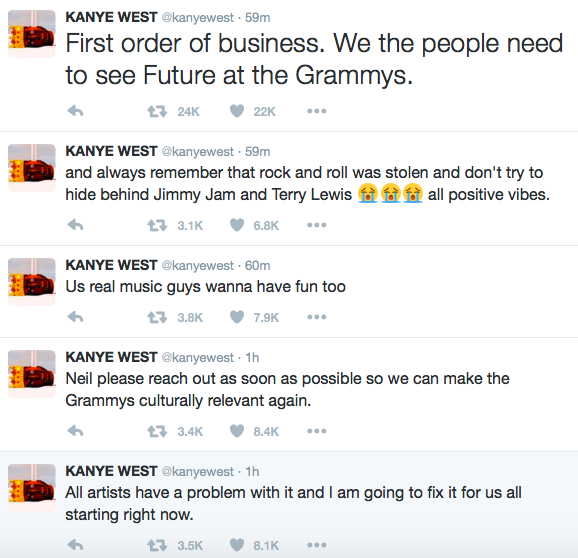 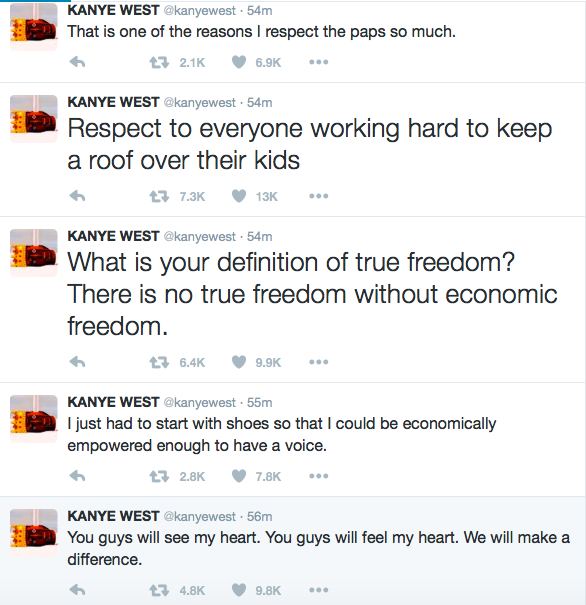