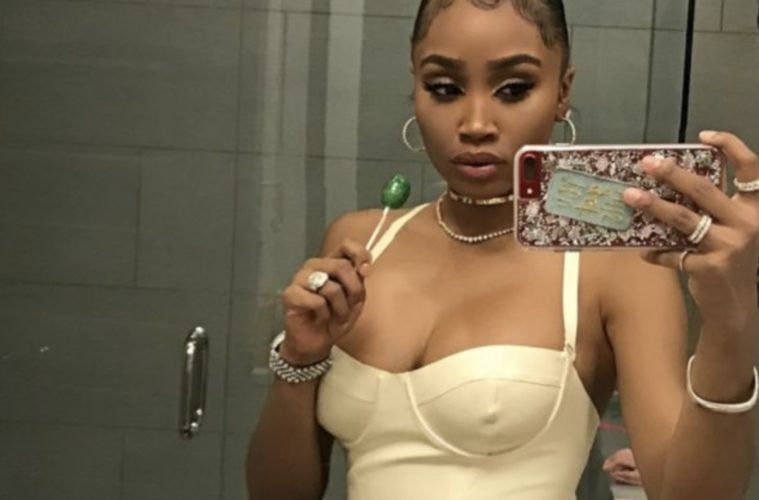 Young Thug’s Bae Threatens To Drag Reginae Carter Into YFN Lucci Feud: “Since You Wanna Engage In H*e Activity Cause U Scary I’ma Get At Your B***h!”

Atlanta rapper Young Thug really has a ride or die. The hip-hop star’s longtime girlfriend Jerrika Karlae has stepped up to fire digital shots at his rap foe YFN Lucci.

Jerrika went to her Twitter page to drag YFN and even threatened to pull his low-key girlfriend Reginae Carter into the feud.

Over the weekend, Thugger and YFN relied on their Instagram pages to blast away at each other with threats.

Earlier this year, both YFN and YT went at each other in a separate social media spat.

But, as history would have it, YFN Lucci has been in Thugger’s doghouse for some time. In fact, one could say they are both firmly entrenched in another’s canine quarters over “blood” spilled on social media. Back in May, Lucci and Thug went back and forth at each other on IG live, after the former took offense to being called the f-word. Thugger subsequently grouped Lucci into his feud with Sauce Walka, pitching him as a potential tag team partner for the Houston rapper, should they ever engage in a handicap match. (HNHH)