Turn Up Tuesday. It’s back to getting things turnt up again SOHH why not get it rolling with Young Thug and Future quietly piecing together a new project? Speaking of new-new, are Kylie Jenner‘s new jeans giving her insane thickness? With thickness on your mind, should Nicki Minaj worry about verbal shots aimed at her from Remy Ma? All this coming up in SOHH Whatcha Think.

2017 is just a few days away, but should we start getting excited for new music coming from Future and Young Thug? They’re always in the studio but it looks like they might have something cooking up with one another? Complex is on it:

I think I'm putting @1future down with my business …

Kanye to The users jumped on a tweet from Thug on Monday night where he wrote, “I think I’m putting @1future down with my business …” Soon enough, Future retweeted it. Another KTT user pointed out a tweet from a user who is apparently friends with 21 Savage. Earlier in the week, she tweeted, “Thug and Future new project sounds amazing by the way.” (Complex)

Is that enough evidence for you? Think we should all start getting amped up? Would you rather this be a mixtape or studio release? #SOHHWhatchaThink?

Is there a day that can go by without everyone drooling over Kylie Jenner? It looks like she keeps feeding us content we can’t get enough of. Whether it’s a steamy topless shower short film or just steamy af Instagram pics, we’re all watching. But her latest pic may have just put her atop her sisters in one very big category. Kylie Jenner’s Instagram has the pic: 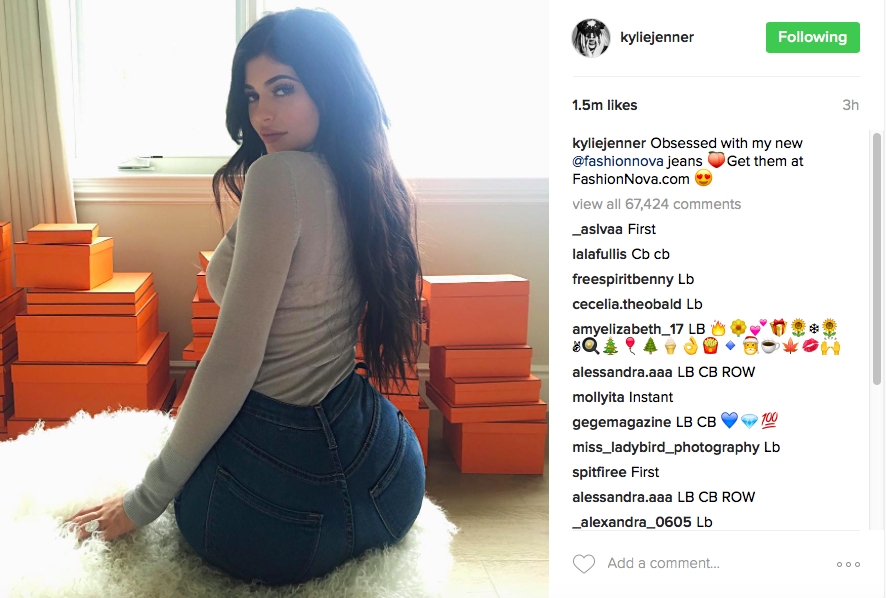 Are you feeling it? Is it the jeans? Is Kylie Jenner just a master at taking perfect pics? #SOHHWhatchaThink?

It’s easy to say a few dicey lyrical bars have someone’s name attached to them but do you think Remy Ma would really go off on Nicki Minaj? Seems like she’s only had love for her in recent years. Welp? XXL Mag has studied her new “Wait A Minute” remix verse:

In her verse, Remy raps, “Will I smoke this b*tch? Yes/Probably fail my piss test/Get rid of those fake breasts/And put a vest on this bitch chest.” She later adds, “That ghostwriter bout to call her/That lifeline getting shorter.” Nicki’s ex, Safaree Samuels, said on The Breakfast Club in early 2015 that he wrote rhymes for Nicki, a claim he later backed away from, though just this September, Rah Digga implied the same. (XXL Mag)

Do you think she really went at Nicki? Wait, does Nicki even have fake knockers? Is this a stretch or nah? #SOHHWhatchaThink?