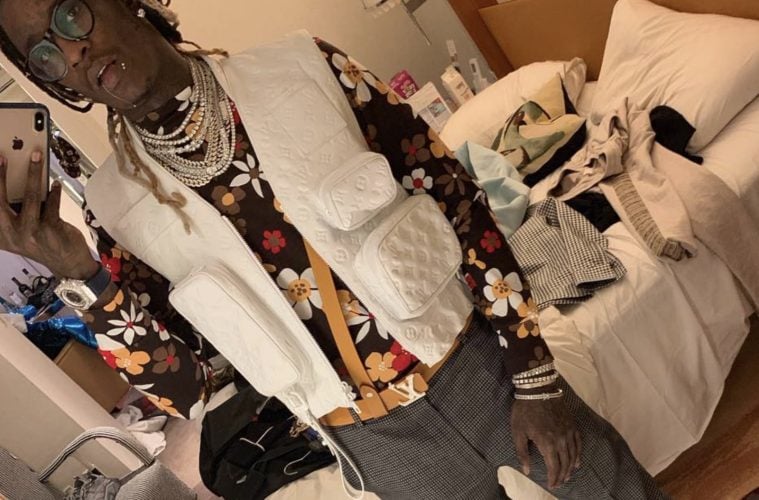 Atlanta rapper Young Thug and French Montana are still not rocking with each other quite yet. The hip-hop rivals have continued to light each other up with social media shade.

Heading into Saturday, French encouraged Thug to put out a new album while celebrating his own music going gold. Instead of staying mum, Young reacted and shaded Montana’s overall sales total.

After it was recently revealed Thug’s recently released Slim & B mixtape with Chris Brown was only projected to move 19K first-week units, French couldn’t stay mum. He went directly at Thugger about the album not getting enough promo.

“I’ll be dead wrong if I say something. But you know what! I love chris and we squashed the drama with thug and I really like this album. I think ti should of been promoted more !” – French Montana’s Instagram

Thug immediately responded to the comment on his Instagram Story. The hip-hop star mentions how it was released for free on SoundCloud and that if there’s any questions about if he can put up numbers, then he’ll release more music as soon as possible.

“We put it out on SoundCloud for free for about 3 days auntie… we didn’t wanna do the whole label thing, but only because he wanted to put it out on his bday 😂😭 now mind your little biz… You saw my last album did and you most definitely saw his last album did Aunti… Make me mad auntie and il drop right now” – Young Thug

Thug and Montana went at each other’s necks several weeks ago when the former cleared up the air in an Instagram tirade directed at his overnight rap rival, who stirred up controversy when he claimed he had more hits than Kendrick Lamar.