Confusion arose yesterday when Atlanta rapper 21 Savage tweeted at fellow star Young Thug about being in the "Hall Of Cap." Nobody could tell if it was beef, friendly jokes or something else. Last night though, Thugger spilled on what actually was going on.

?utm_source=ig_embed
As seen on SOHH.com - follow @sohh @sohhdotcom
1.3k Views Comments Off on Young Thug Clarifies Confusing 21 Savage “Hall Of Cap” Tweet + French Montana Beef: “We Don’t Got No Smoke With Each Other”
Share

Young Thug Ends All The Confusion

Thug explained he was supposed to visit 21 Savage in Atlanta but couldn’t pull through.

“I got off the phone with Savage, told him I was coming to f*ck with him in Atlanta. I was supposed to get on a jet yesterday, supposed to be on a jet today. That’s why he tweeted I was in the hall of cap. We don’t got no smoke with each other”

Thugger cleared up the air in an Instagram tirade directed at overnight rap rival French Montana, who stirred up controversy when he claimed he had more hits than Kendrick Lamar.

French further clarified his comments in a series of tweets. Montana stepped up to explain why he has no issues with Kendrick but feels he could face-off in a hits battle.

“IF WE JUST TALKING ABOUT ANTHEMS, !! ME VS KENDRICK HIT FOR HIT ! I BELIEVE I CAN GO NECK TO NECK !! I BEEN MAKING HITS FOR A LONG TIME ! IT AINT MY FAULT I BELIEVE IN MYSELF. HOW WAS I SUPPOSED TO ANSWER THAT QUESTION ? HOW MANY TIMES I GOTTA PROVE MYSELF BEFORE I GET MINE 🌊” -French Montana’s Twitter

Fans are saying 21 Savage has been capping too, as he hasn’t released his long-awaited Savage Mode 2 project with producer Metro Boomin yet.

Comments Off on Young Thug Clarifies Confusing 21 Savage “Hall Of Cap” Tweet + French Montana Beef: “We Don’t Got No Smoke With Each Other” 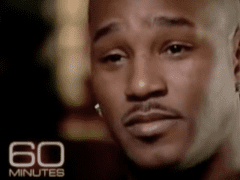 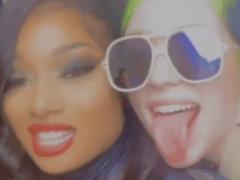