G-Unit‘s Young Buck knows words are weapons and he’s deciding not to unload them. The hip-hop veteran has appeared to not engage in a nasty e-beef with overnight rap foe Starlito.

After footage went viral of Buck and Lito clashing along with a new diss song, YB seemed to show his state of mind courtesy of a clip of rapper Maino talking about not caring what other men are doing. 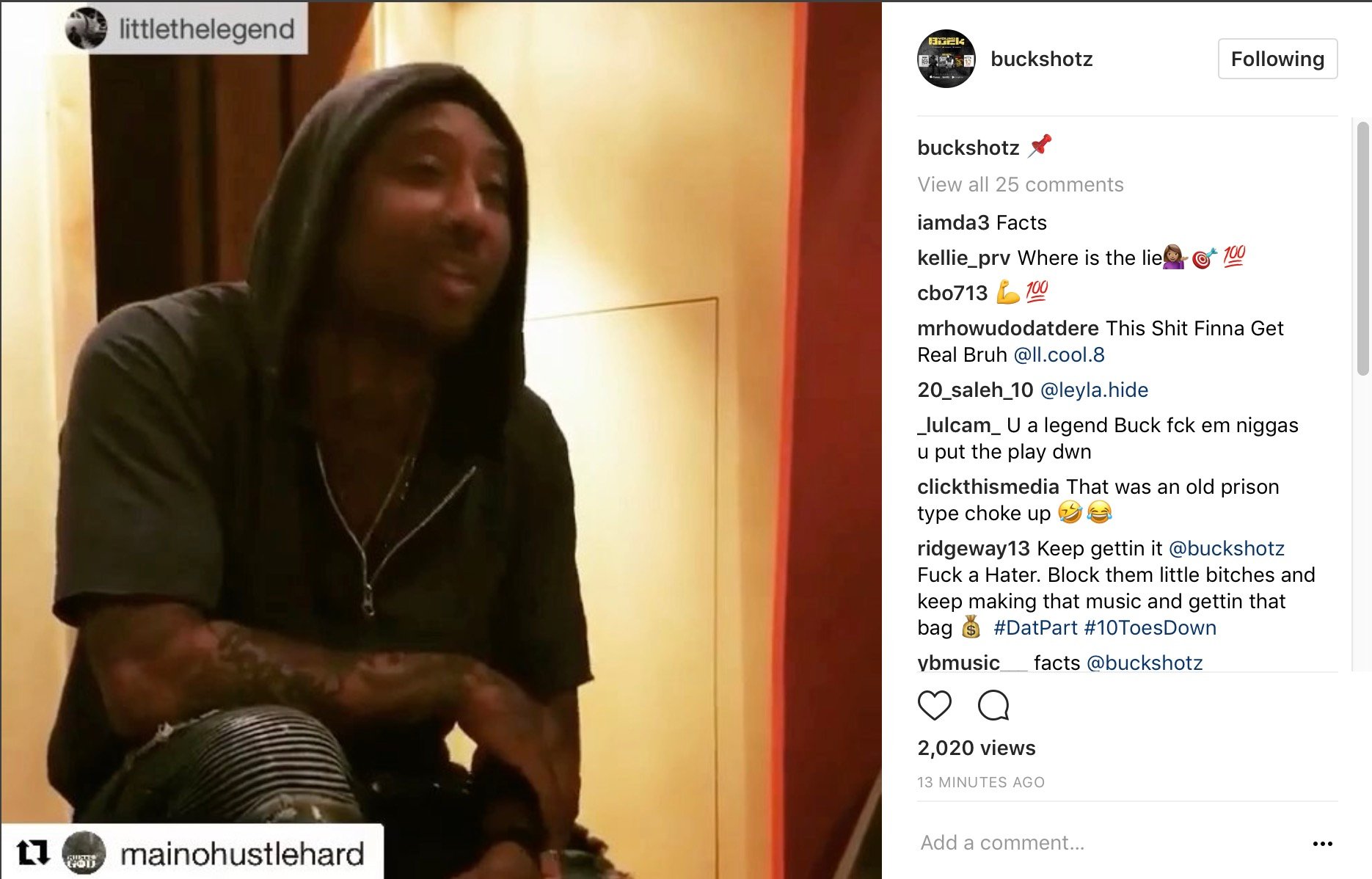 #Repost @mainohustlehard (@get_repost) ・・・ I practice Not giving a Fuck! 😜 "REAL TALK "No Distractions ! Concentrate On Yourself & Reaching The Heights In Life That Will Help You Create Your LEGACY !! #STAYFOCUSED #POWER #50central #DETERMINATION

Early Monday, an epic clip emerged of Buck and Lito going at one another at a basketball game.

It looks like Young Buck versus Starlito is 2017’s latest rap beef. On Sunday (July 30), the two were both attending a basketball game in their native Nashville, Tenn. when they began arguing, and eventually got into a fight. In the video, the two rappers seem to be talking when Buck suddenly grabs Lito by the neck. From there, we can hear the yelling continue as a crowd begins to react. In another clip of the scuffle, we can see security step into the fray and spray mace. (XXL Mag)

#youngbuck and #starlito got into it

Last night, Starlito hit up Young Buck on Twitter with a link to a new diss song.

YOU SHOULD BE PROUD.. @youngbuck