As seen on SOHH.com - follow @sohh @sohhdotcom
25.4k Views Comments Off on Young Buck + 50 Cent Both Have Bikes On Their Minds Right Now
Share

Nashville rapper Young Buck and 50 Cent might not be rocking with each other these days but they’re thinking alike. The former G-Unit colleagues have lit up their social media pages this week with references to bikes.

This week, both Buck Marley and 50 went to their Instagram feeds with odes to the bike life. While Young Buck shared footage of himself on an actual motorcycle, Fifty shared some shots to dish his love for bikes.

“👀Time to get back in shape, 😟LOL DON’T say a word because you would still do it. 😆#bransoncognac #lecheminduroi” -50 Cent’s Instagram

“season 2 ok 👏👀young buck gonna sue them for putting his life on screen. Little murder is all him. LOL” -50 Cent’s Instagram

On the show, Uncle Clifford plays a major standout role. In addition to being non-binary, Cliff is the owner of a strip club and has a huge personality.

Taking in that first full-sight of Uncle Clifford (Nicco Annan) on Starz’s new hit P-Valley is a study in somewhat jarring contrasts. Owner of the strip club The Pynk, Uncle Clifford (who goes by she/her pronouns) wears a beard and traditionally female garb; she is a Black person in a position of power making a low key illegal negotiation with a white police officer; she is the non-gender-conforming boss in a space designated to celebrate heteronormative rituals; she is an ally to the girls inside The Pynk and their brutal overseer, too. From the moment she enters the screen, it’s clear we’ve just met someone who’s about to upend our world. (TV Guide)

In mid-June 2020, former 50 Cent protégé Game went online to extend his hand to Buck. In addition to acknowledging they hadn’t talked in some time, Game promised to send him money to get him out of a financial jam.

In early May 2020, G-Unit boss 50 Cent didn’t hold back on his savagery. Fifty joked about Young Buck wanting to know if this year’s gay pride parade would get nixed. 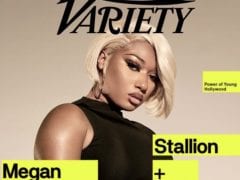 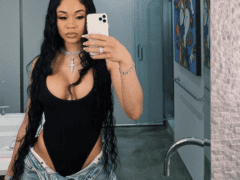