Shady Records’ Yelawolf has thrown himself into the Confederate Flag debate and explained his support for the controversial Southern symbol.

Yela took to his social media pages this week to speak out on why he stands behind the Confederate flag. 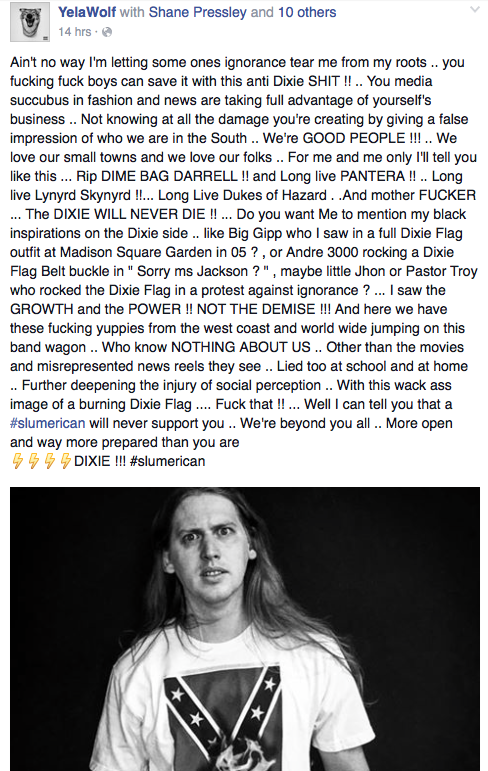 Follow the in-depth Confederate flag controversy on the next page…

Historian Ken Burns spoke out on the meaning of the Confederate flag last weekend.

“You know, when the Constitutional Convention happened, there was a man named John J. Chapman, who said slavery was like a sleeping serpent,” Burns told CBS host John Dickerson. “It lay coiled under the table during the deliberations; thereafter, slavery was on everyone’s mind, if not always on his tongue.” (Raw Story)

Charleston County, third largest among the state’s 46 counties, suffered a horrific massacre of nine black people in June by a deranged white youth who publicly idolized the Confederate flag. The county’s population includes a black minority of about 35% and a white majority of about 60%. (LA Times)