According to reports, Amber and the celebrity offspring were spotted together this week in California.

Turns out Nick Cannon may have been a decoy for Amber Rose … because it seems the real Nick of her desire is Simmons. Yep, you heard it right. The son of rock god Gene Simmons has just scored the rebound of the year. Our spies at Playhouse in Hollywood caught Amber and Nick grinding it out … leaving the club arm-in-arm. There were signs … you may remember last week they went to a restaurant together but there was no overt signs of affection. (TMZ)

Peep these intimate pics of Nick and Amber right here… 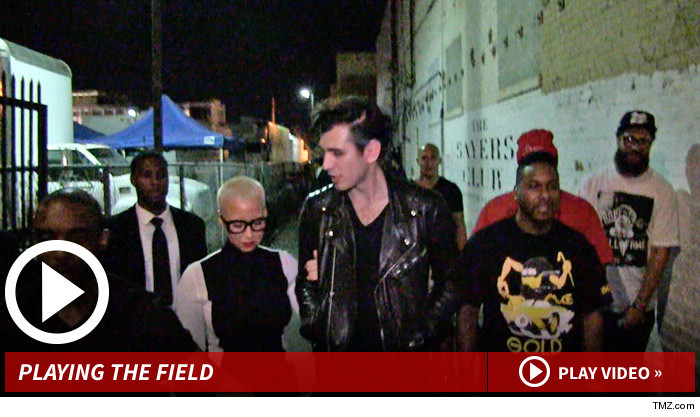 R&B singer Christina Milian revealed her love for Rose amid the pending divorce onto Instagram this week.

Amber used her Twitter page to fire direct shots at Wiz about him cheating on her last week.

Rose filed for divorce on Tuesday in Los Angeles, citing irreconcilable differences. She is seeking custody of their 20-month old son and spousal support as laid out in the former couple’s prenuptial agreement. Court filings state the couple separated on Monday, but provide no other details on the split or how the pair’s finances will be divided. (USA Today)