2.3k Views Comments Off on YG’s Helping Mariah Carey Through Her Split – But Not How You’d Think
Share

West Coast rapper YG is coming to the rescue for Mariah Carey. The hip-hop star is reportedly lending his services to help piece together a new collaboration.

New reports claim YG and Carey are working on a song fueled on her recent breakup from billionaire celebrity James Packer.

We’re told the collabo went down over the weekend as Mimi laid down what she hopes will be an anthem for women overcoming harsh breakups. Take that, Taylor Swift. They started recording on Saturday, and within 24 hours they also wrapped on the music vid. We’re told it will debut in the “Mariah’s World” season finale this weekend. (TMZ)

This week, buzz developed over YG and Carey having dinner together. 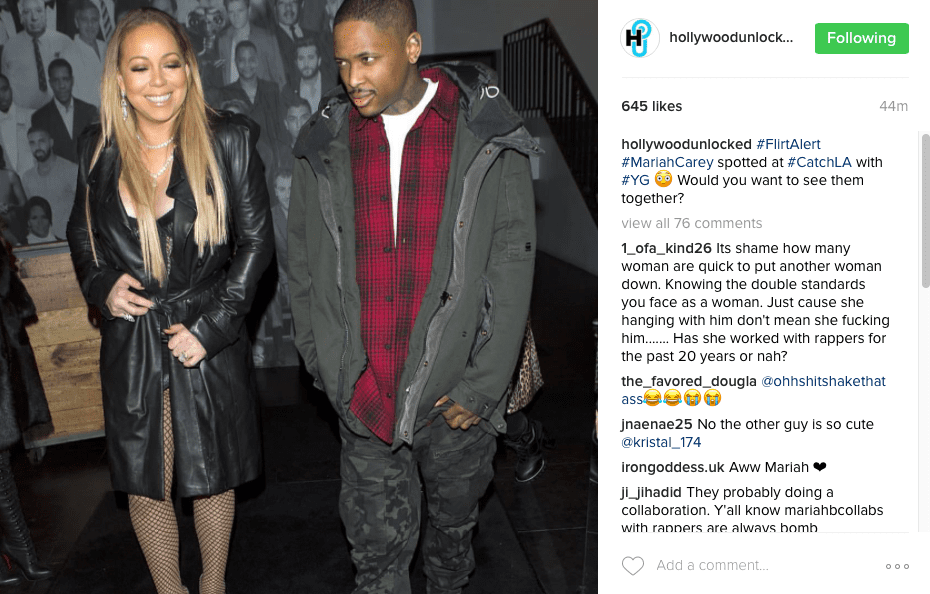 A few weeks ago, YG confused IG followers by tossing up a now-deleted Kendall Jenner post. 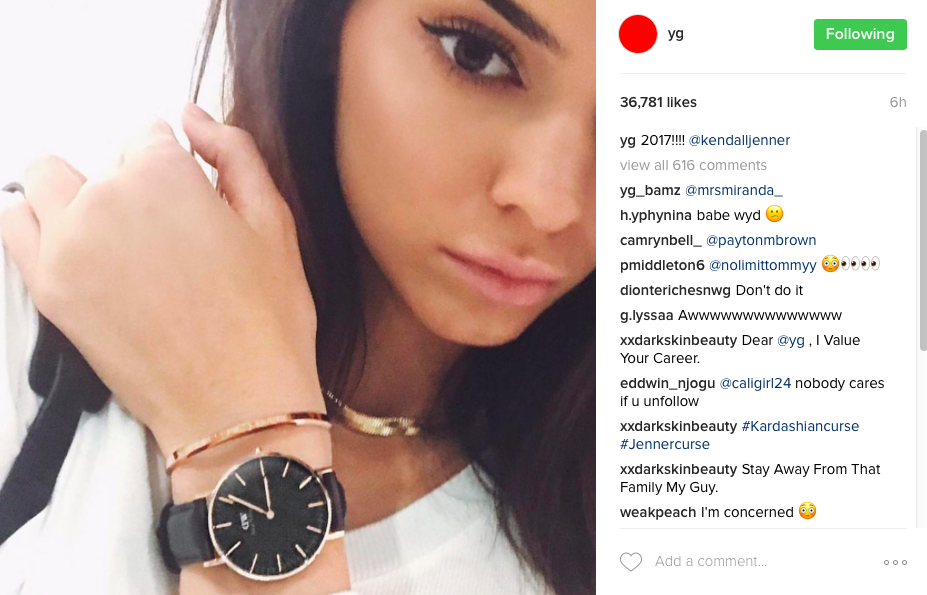 In mid-December, YG announced plans to reunite with DJ Mustard for his upcoming Just Re’d Up 3 project. 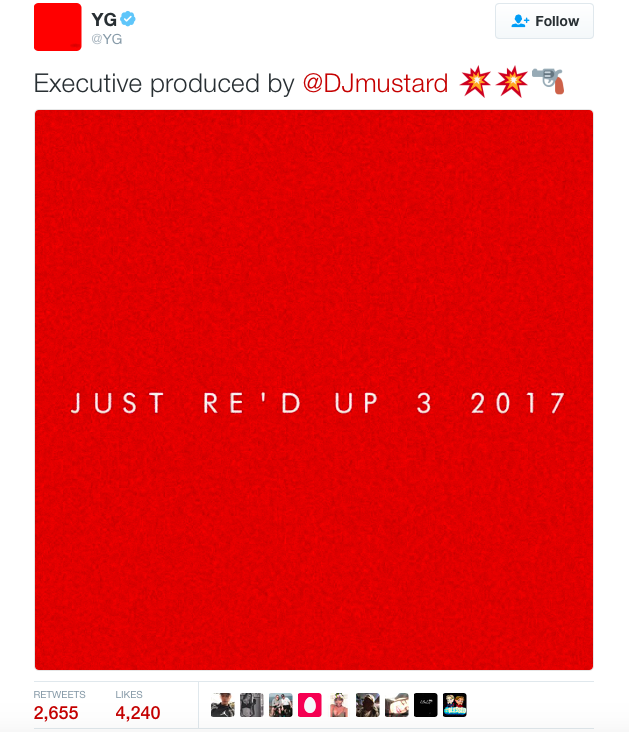 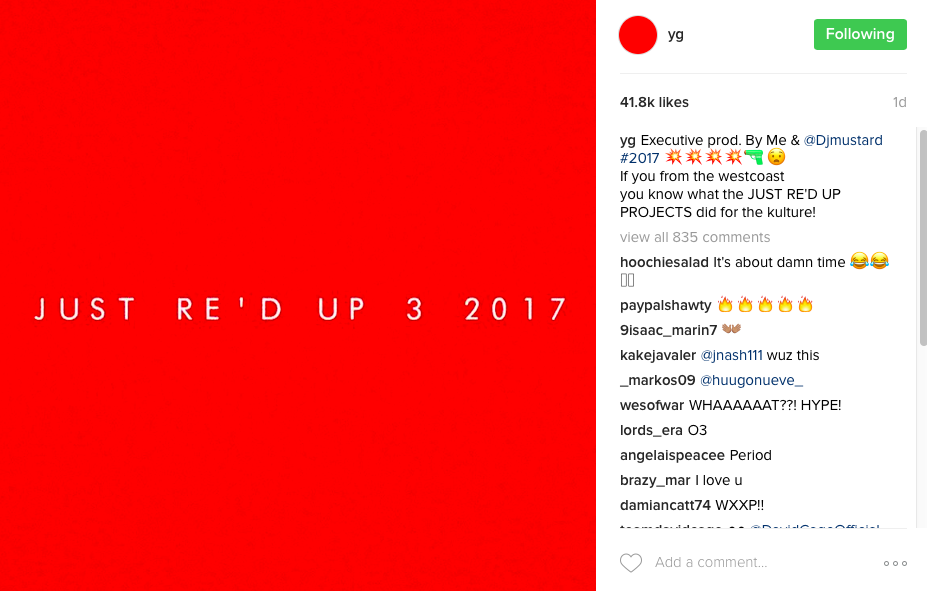