YG blessed fans and photogs in Beverly Hills Tuesday night with a glimpse of his elaborate new tattoo … on his skull … of the Virgin Mary. When the rapper walked out of Mastro’s Steakhouse everyone was begging for a shot of his amazing ink — it shows Mary surrounded by the words, “No weapon formed against me shall prosper.” (TMZ)

Check out the head tattoo on the next page…

#YG got a new head tat!!! This may be the dopest one yet but it sure does look like it hurt 😩 #TSRTattz

Last summer, YG showed off a bullet which struck him during a shooting via Instagram. 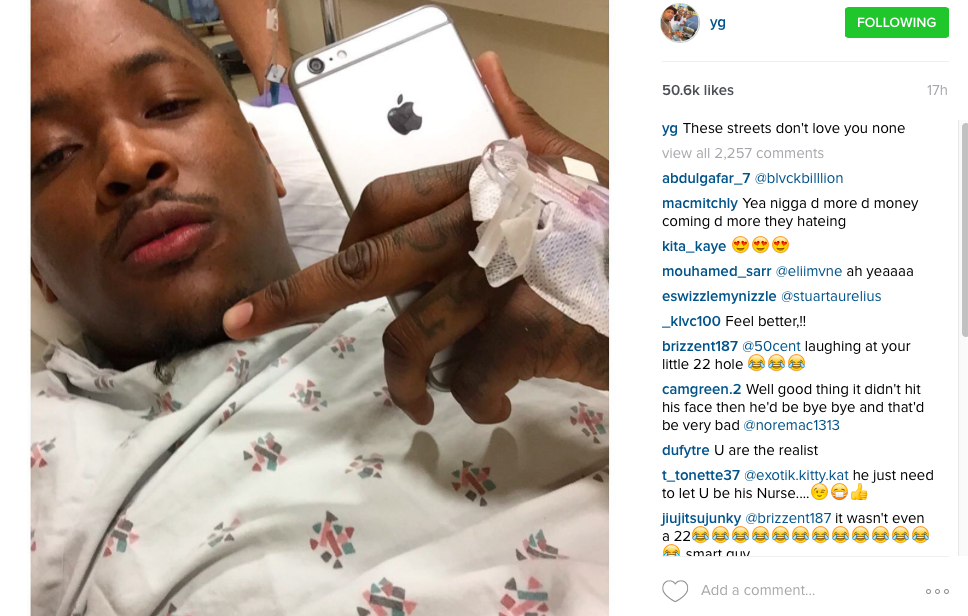 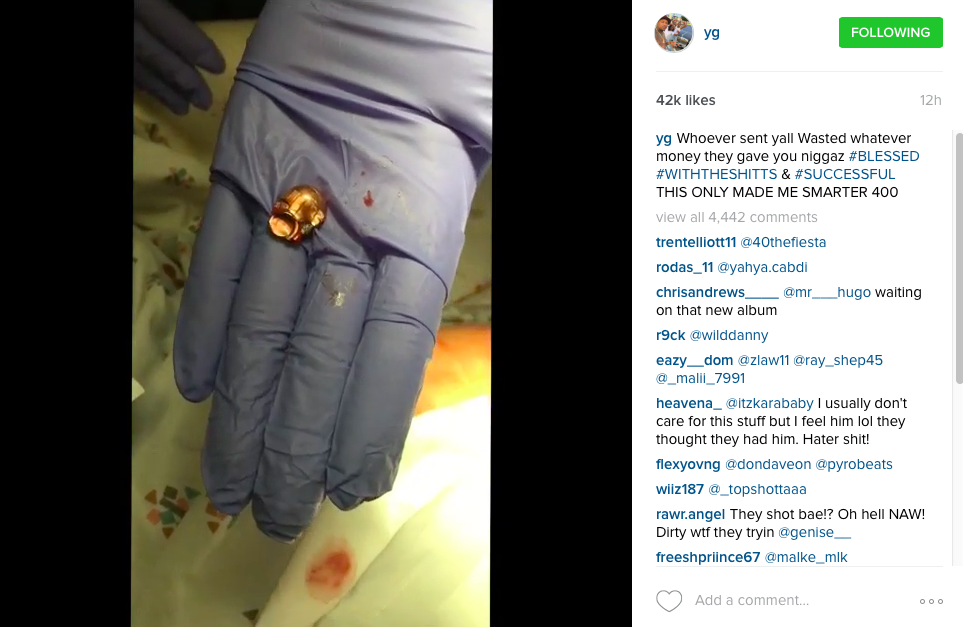 “I’m good. I left the hospital that night, and the next day I went back to the studio. Nobody wanted me to go. My mama tells me, “What are you talking about ‘going to the studio?’” But you know, I got shit to do — this sh*t don’t stop for nobody. I came straight to the studio on my little crutches – I’m hard to kill.” (Billboard)

YG also said Louisiana rapper Lil Boosie reached out to him immediately after the incident happened.

“Everybody — family, friends, the label. Lil’ Boosie Facetimed me. I was in the hospital, in a wheelchair, and I lost all my contacts but I see the 504, so I knew it wasn’t anybody in L.A., so I ask who it is and he says, “It’s Boosie. What’s up man, you straight?” He was real concerned, he was like, “My n—a, you good?” and I’m like “Yeah,” and he was like “All right, my n—a.” I know who cares about me and who’s faking. I don’t have to get shot to figure that out.” (Billboard)