Last night (November 7), YG announced he would be serving out anti-Trump bagels in honor of the Republican presidential candidate.

Trump has received the same type of admiration from hip-hop artists like G-Unit’s Tony Yayo. 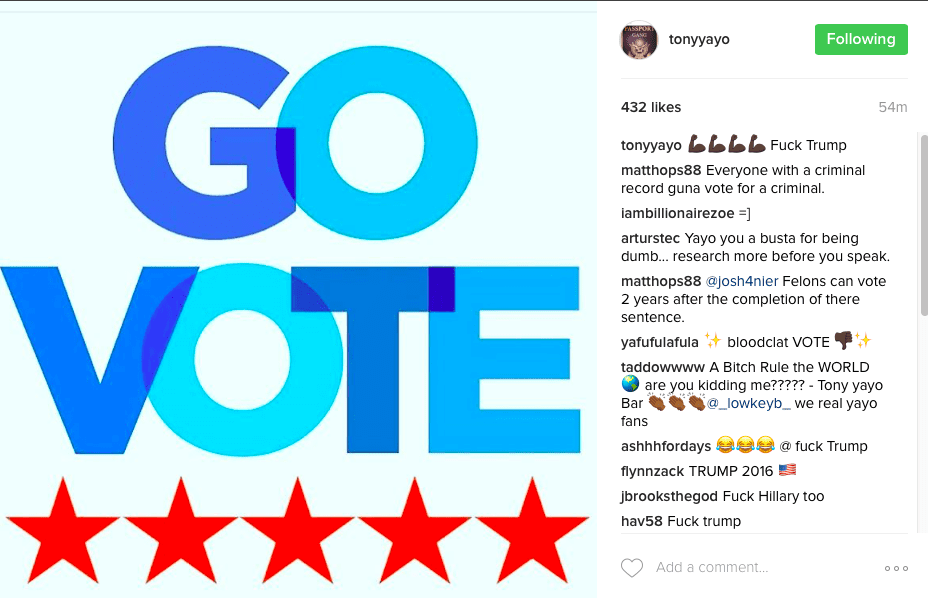 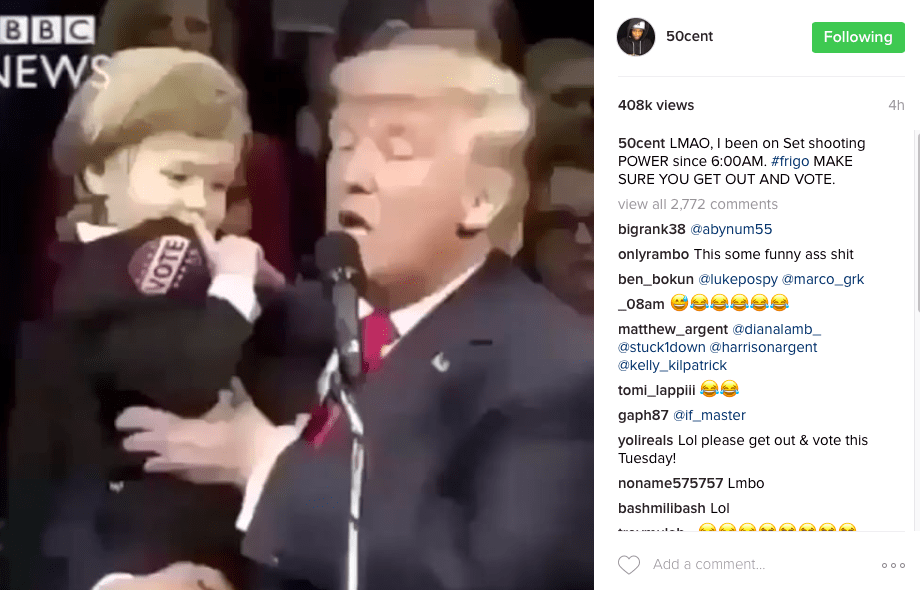