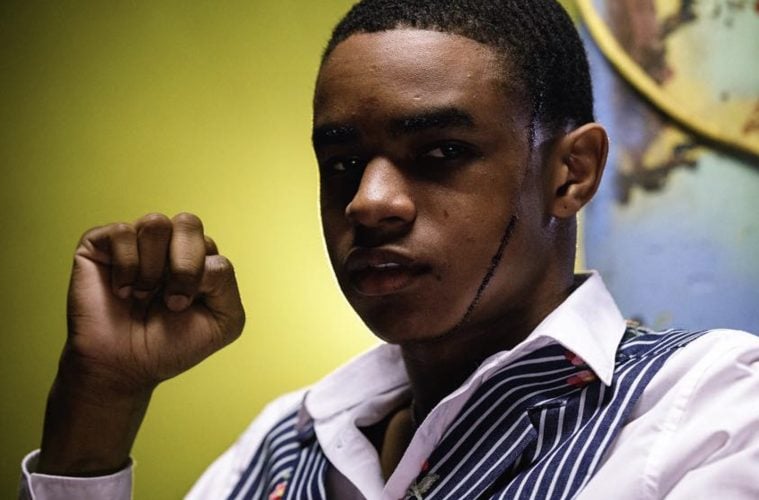 Rap-A-Lot Records’ YBN Almighty Jay might have just delivered a key subliminal message to his enemies. The hip-hop artist hit up social media with a suggestive post following news about his alleged attackers getting arrested.

On Friday, Jay hit up Instagram with a captionless pic showing his New York assault injuries and a balled up fist.

According to reports, street gang Jack Boyz and alleged member Zae Numbafive are considered persons of interests in the attack but caught law enforcement’s eyes this week for an unrelated crime.

Zae and 3 other Jack Boyz members were arrested Wednesday in the Bronx as part of an unrelated federal investigation … which is even crazier. The men are facing a charge of attempted murder in the aid of racketeering — along with firearm charges — in connection with the shooting of an off-duty NYPD officer. Another member remains at large. If convicted, they face up to life in prison. (TMZ)

A few nights ago, Jay announced his new “Let Me Breathe” music video is out and also shared deep words for fellow hip-hop artist Dream Doll.

Shoutout To All My Family, Friends & Fans That Kept Me In High Spirits While I Was Down. I Love Y’all. I Want To Give A Special Shoutout To @dreamdoll . The Realest Woman I Know, Stayed By My Side The Whole Time I Needed You & Ill Love You Forever & Ever❤️ You’ll Always Have A Special Place In My Heart Babe. Queen 👸🏽 💍💕 “LET ME BREATHE” IS OUT NOW!!! CLICK THE LINK IN MY BIO TO WATCH IT🏆🏆🏆🏆

Yea, Though I Walk Through The Valley of The Shadow of Death, I Will Fear No Evil: For Thou Art With Me; Thy Rod And Thy Staff They Comfort Me. Thou Preparest A Table Before Me In The Presence of Mine Enemies: Thou Anointest My Head With Oil; My Cup Runneth Over. Surely Goodness And Mercy Shall Follow Me All The Days of My Life: And I Will Dwell In The House of The Lord For Ever. AMEN 🙏🏽 “Let Me Breathe” OUT NOW!!! LINK IN MY BIO🏆🏆🏆🏆🏆

This week, New York rapper Mysonne responded to Jay’s boss J Prince reaching out to him in an effort to find his artist’s attacker.

First of all I want to state that I dont condone this type of juvenile behavior! Neither I nor any one affiliated with me conducts themselves in this manner ! With that being said I respect @jprincerespect for what you have done for the culture and the way you have been A1 from day one, But I myself have conducted myself in a manner which demands a certain level of respect and consideration and the message you relayed on your instagram post was inappropriate. Had you or mutual friends or acquaintances of ours reached out me thru Dm or phone I would have seen fit to reach out to anyone needed to right this wrong , on the premise of mutual respect and Admiration but as a result of this msg I have cowards on my page telling me "I better get that chain back" etc..The way your msg was delivered can be interpreted as more of a threat than a call out to allies to resolve a potential Catastrophic situation. These are kids who are not in my direct circle, and your msg puts me and what I represent in jeopardy. I want to believe that you meant it in all love and respect king, but unfortunately Social media was not the correct place to seek a solution to this problem, but on the contrary it may have done more harm. Please king utilize your Dm or use our mutual friends to connect with me and let's connect and Attempt to unite and fix all miscommunication. Respectfully Mysonne