Rap veteran Yasiin Bey is going out with a bang with a sold-out New York City concert this week with some help from streaming giant TIDAL. The hip-hop star is set to perform one of his final sold-out shows live from the Big Apple’s Apollo Theater.

Barry any setbacks, Bey will perform later this week at the prestigious venue.

SOHH.com has learned Bey will take on centerstage at the Apollo Theater for his TIDAL X YASIIN BEY showcase Thursday (December 22) in front of a sold-out crowd. The performance is set to stream live at 8 PM EST from the historic venue. Special guests are expected to come through and he will perform hits from past and present albums. TIDAL members can tune in at TIDAL.com/yasiinbey

Recently, Bey shocked listeners by announcing he has a couple new studio releases on deck.

In an interview with WNL Radio in Miami for Art Basel, Bey announced that he will be premiering songs from two additional album before the end of the year — including a collaborative project with famed producer Mannie Fresh. “I will be premiering my new album, Negus In Natural Person, and me and Mannie Fresh’s project, which is called As Promised, at The Apollo on December 21,” Bey said. The Brooklyn rapper then previewed some of the new material live on the air. (The FADER) 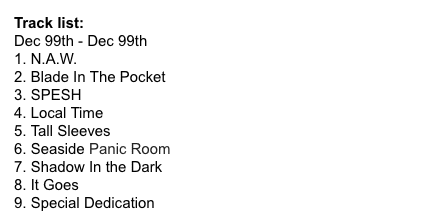