XXXTentacion Goes On A Nasty Twitter Rant: “I Know Some Of These N*ggas Grandmas Prolly Give Good Neck”

Florida rapper XXXTentacion has too much free time on his hands. The hip-hop newcomer let loose with a massive Twitter rant amid arrest rumors. 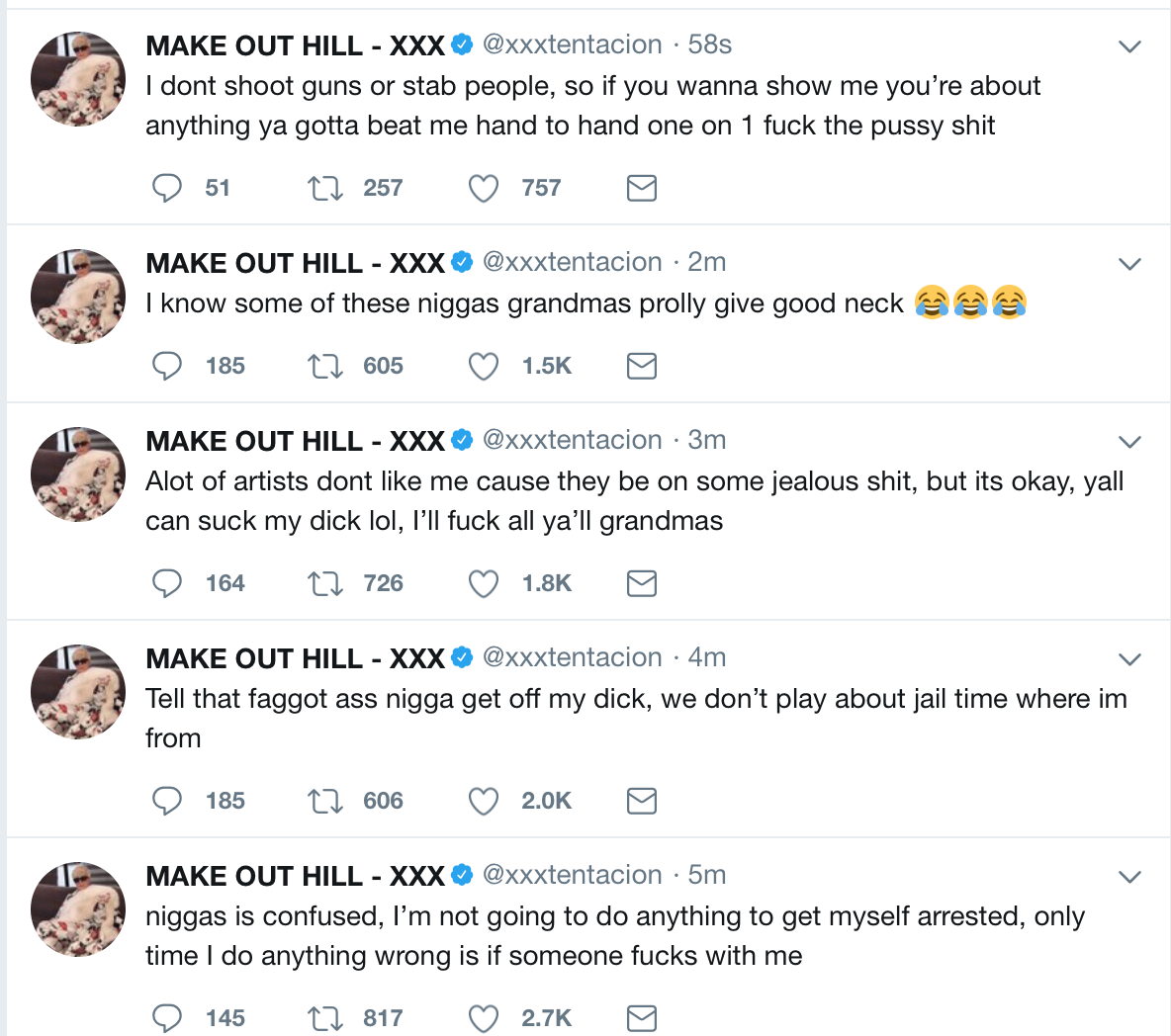 Days prior, X announced his intent to delete his music off streaming giant Soundcloud.

xxxtentacion announces he's deleting all the songs off his SoundCloud. Previously he said he's done making music for a really long time

From the desk of #xxxtentacion