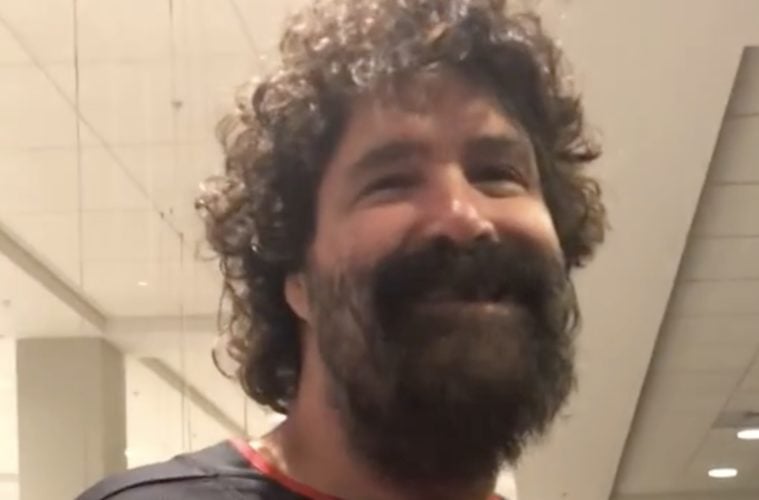 Ahead of tonight’s WWE Smackdown going down at Newark, New Jersey’s Prudential Center, WWE icon Mick Foley talks to SOHH to discuss everything from who is the JAY-Z of the business to why the franchise continues to excel in 2018.

If you’re trying to compare somebody to JAY-Z, as far as not only can they hit the rhymes but be a business impresario as well, I think you gotta go with The Rock. He’s the guy who does it all, right? You become bigger than the business. It’s only a handful of guys who have. John Cena. Steve Austin. Hulk Hogan. But I’m going to go, final answer, Dwayne Johnson.

2. What – are the chances – for all the diehard fans – for you giving it one more shot?

The chances are slim. Slim to none and slim just left town. Not unless a team of neurologists tells me it would be in my best interest to get in there one more time.

No, I’m not nearly on that tier. [laughs] Maybe I’m in that ballpark but I’m sitting in a different section. I’m in the nosebleeds section of that ballpark. I never carried a company on my back like those guys did. I’m very fortunate few people disagree with me and they can feel free to disagree with me but I say, I was a B-plus player.

4. When – did you have the best moment of your career? WWE career in particular. When was the biggest and best moment?

I defeated a young man who you don’t hear much about anymore, Dwayne Johnson, for my first WWE title and the bigger he gets, the better I look.

It’s all about staying ahead of the curb. It’s about changing things up before the fanbase believes it needs to be changed up and no one has done it better than WWE.