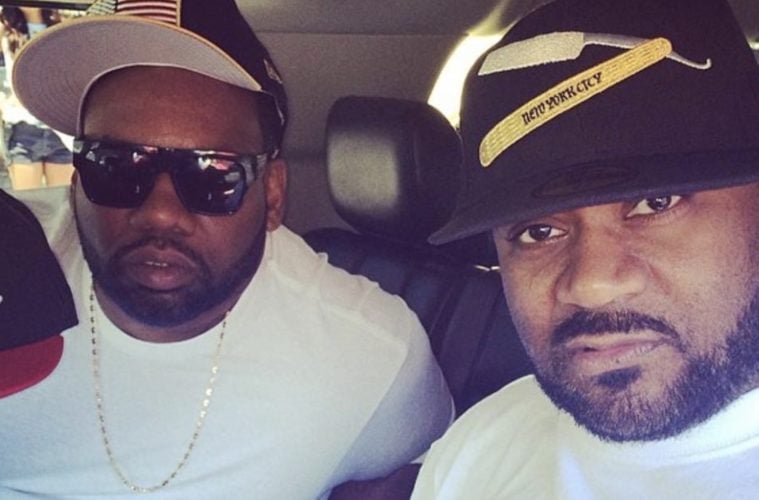 Your ticket to an all-inclusive cannabis and marijuana celeb panel is here! Join for free today and watch celebs talk about the culture!

The Wu-Tang Clan is for much more than the kids in 2018. New reports claim the hip-hop veterans are headed to streaming giant Hulu with a new TV series.

According to reports, Wu leader RZA is putting together a 10-episode show called “Wu-Tang: An American Saga.”

The upcoming series, entitled Wu-Tang: An American Saga, will be a 10-episode season, created and written by RZA and Superfly’s Alex Tse. The straight-to-series will reportedly be set in New York City during the 1990s. It will follow Bob Digs, aka RZA, as he forms the hip-hop group. The show is based on the previously released books, The Wu-Tang Manual and Tao of Wu. (VIBE)

This week, both Wu’s Ghostface Killah and Method Man urged Nike to release a pair of Clan-inspired sneakers.

A Yo @nike stop playing with us … the fans Need it and We Need it …. let's make this Happen …. repost and tell Nike to put this into production if you want this to Happen .. #wutangforever #nike www.ghostfacemusic.com

Happy Wu-Wednesday to the good people at @nike who aren’t interested in making these shoes for the clan’s 25th… I think the fans should let them know how interested u are in having these drop one mo time.. c’mon @nike “just do it” for the culture.. @kaepernick7 I’m lookin at u Dawn in the urban dept.. have a great day!!! Ha! REPOST IF U AGREE! #nike

Outside of the Wu, Method Man is reportedly going ghost in a long-awaited sequel to his 2001 How High movie.

Sources close to “How High 2” tell TMZ … the hip-hop duo wasn’t cast in the made-for-TV movie after starring in the original stoner comedy. We’re told the sequel is going to be fundamentally different from the OG version — think sativa vs. indica — because it’s for a television PG-13 audience, and weed legalization has made strides since 2001, when Meth and Red blazed their way through Harvard. Meth and Red are MIA — probably ripping a bong somewhere — but one of the original producers, Shauna Garr, is returning. (TMZ)

A few weeks ago, buzz developed about a much-needed How High sequel going into production.

How High 2, the highly-anticipated sequel to the iconic and outrageous stoner comedy starring Method Man and Redman, began shooting today in Atlanta, with Grammy®-nominated artist Lil Yachty in the lead role. The follow up to the 2001 cult classic is produced by MTV and Universal 1440 Entertainment, the production arm of Universal Pictures Home Entertainment. How High 2 will premiere on MTV in 2019. How High 2 chronicles two young “potrepreneurs” on a magical hash-fueled journey to fund their on-demand munchies delivery start-up. Lil Yachty plays “Roger, an entrepreneur and the younger brother of one of the protagonists from the original film.