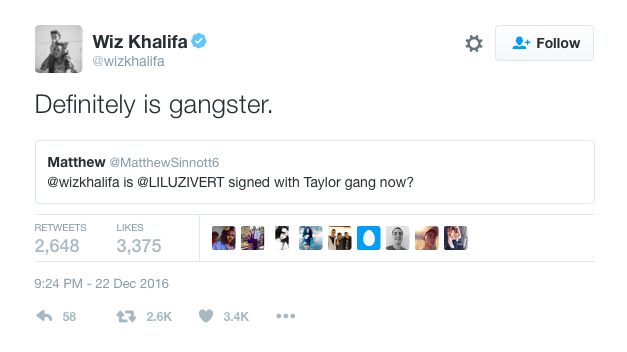 A couple months ago, Wiz rolled out his Taylor Gang mixtape TGOD, Vol 1.

In October, Wiz made a boss move by securing an Atlantic Records distribution deal.

Earlier the same week, Wiz revealed he had teamed up with Junk Food Clothing for a BASH collection launch.