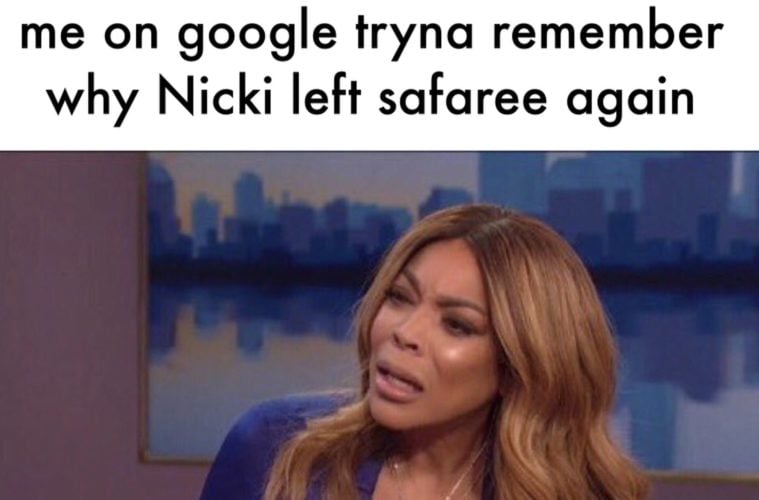 Motivational Monday. It’s all about the motivation today SOHH why not get things going with Wiz Khalifa and Amber Rose looking coupled up? Speaking of West Coast vibes, how about Shaquille O’Neal kinda low-key but accidentally disrespecting Notorious B.I.G.‘s legacy? With New York on your mind, how about Big Apple rapper Safaree Samuels blowing up everyone’s Twitter feeds over an alleged nude leak? All this coming up in SOHH Whatcha Think.

Can you see the day Amber Rose and Wiz Khalifa give love another chance? It’s hard to imagine since Amber’s practically attached to the hip with 21 Savage but it’s still possible. Turns out when it comes to their mini-me, they go hard as the best Suicide Squad duo – ever? Wiz Khalifa’s IG has the shot:

Coolest kid ever. @DaRealAmberRose 😭😫😇 He understands every word of what he’s singing 👏🏾 pic.twitter.com/itP59aVqMy

Are you feeling this look? Is this the best separated couple in the rap game? Think they’ll eventually get back together? #SOHHWhatchaThink?

Did Shaq accidentally just disrespect the memory of the late Notorious B.I.G.? Turns out he recently had some epic-looking artwork handed to him but the closer you look at it, it seems a bit more disturbing than honoring. Shaq’s IG has the pic:

Is this disrespect? Is this just a heartfelt color homage to B.I.G.? Think Shaq should take the pic down? #SOHHWhatchaThink?

The biggest break Safaree Samuels has received to date is now an alleged nude pic leak? Turns out the Internet can’t get enough of what he is offering. Twitter has some amazing reactions:

me trying to impress safaree’s in-laws in jamaica https://t.co/iMNO9L9Bzs

After seeing that video of Safaree.. pic.twitter.com/nt9JhODkCt

WHOEVER leaked that video. I think I speak for many when I say….. THANK YOU. #safaree pic.twitter.com/uiu3HS62nH

Anybody got that Safaree video? pic.twitter.com/6aavpIGRf9

Me explaining to all my boyfriends why safaree dick pic in my search history pic.twitter.com/2m5nnTMQ3O

Safaree: *whips it out*

Now that the nudes leaked, we all know why Nicki was putting up with Safaree and this kinda behavior for so long. pic.twitter.com/0Bx85gp5Ow

How I feel looking at Safaree nudes right now. https://t.co/ug8c7buc70

Think the leak is really him? Should Safaree get these taken down immediately? Who is next to suffer a leak? #SOHHWhatchaThink?