Reality television star Tameka “Tiny” Cottle has paid some homage to late hip-hop icon Tupac Shakur by recently showing off a picture of themselves on social media.

Cottle treated Instagram followers to a shot of her and Pac on Instagram a few days ago. 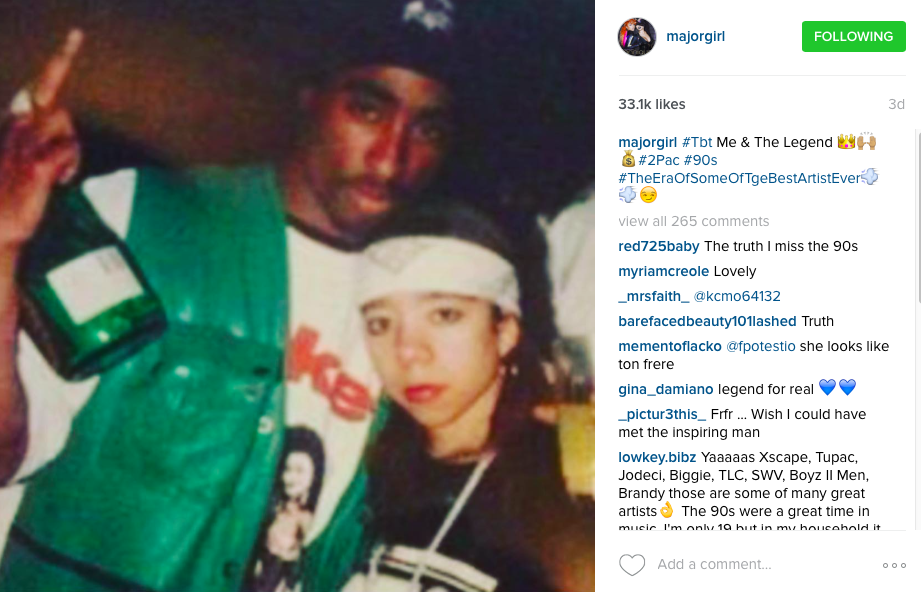 “Walking Dead” actresses Danai Gurira and Lauren Cohan were recently added to the growing Tupac Shakur All Eyez On Me biopic cast.

Earlier this week Danai Gurira signed on to play Afeni Shakur in the film, and now she’ll be joined by Lauren Cohan, who’s best known for her role as Maggie on AMC’s hit zombie show. Cohan will portray Leila Steinberg, an early mentor of Tupac. Benny Boom is directing All Eyez, which stars Demetrius Shipp Jr. as the influential hip-hop artist. Production is underway on the movie, which does not yet have a release date. (Entertainment Weekly)

Jamie Hector has joined the Tupac Shakur biopic “All Eyez On Me” and will portray Mutulu Shakur, stepfather of the rap icon. Mutulu Shakur was an acupuncturist who set up a clinic in Harlem as well as being an advocate of black independence. He became a fugitive in 1982 when his stepson was 11, was captured four years later and convicted in 1988 of taking part in several robberies, homicides and a 1979 prison escape. (Variety)

Kat Graham will portray Jada Pinkett Smith in the Tupac Shakur movie “All Eyez on Me,” Variety has learned exclusively. Smith and Shakur were high school classmates at the Baltimore School for the Arts and remained friends before his 1996 murder. The film is currently shooting in Atlanta. (Variety)