Previous Next
Up Next
https://www.etonline.com/will-smith-says-hes-going-to-block-fan-after-entanglement-joke-150107
As seen on SOHH.com - follow @sohh @sohhdotcom
2.6k Views Comments Off on Will Smith Reacts To Fan’s Entanglement Comment: “I’m Definitely Gonna Block You. But The Joke Was Very Funny!”
Share

Hollywood superstar Will Smith made an Instagram user’s “entanglement” comment become a pushing point for him. The hip-hop veteran has sparked social media’s attention after publicly acknowledging a joke related to his wife Jada Pinkett‘s past August Alsina affair by blocking a fan.

Heading into Thursday, Big Willy shared some new footage of himself jumping rope. The clip sparked an “entanglement” reference from a follower and ultimately forced Smith’s hand.

Will Smith isn’t here for jokes about Jada Pinkett Smith’s “entanglement” with August Alsina. On Wednesday, the actor took to Instagram to share a playful video of himself jumping rope. By attaching a camera to the rope, Smith showed fans its perspective while he jumped, causing many fans to marvel at the cool clip. One follower, however, found the opportunity to make a clever comment about Pinkett Smith’s recent relationship reveal. “Ok don’t get entangled,” they wrote, adding a laughing-crying emoji. (ET Online)

Last Sunday, singer August Alsina and rap star Rick Ross pulled through with one of the biggest shockers heard across the Internet. They unleashed their new “Entanglements” song with direct references to Jada and Will’s publicized “Red Table Talk” discussion about August.

“I’m bein’ honest baby, don’t want no strings attached (Uh-uh) You just want a n*gga that’s gon’ break your back (Break your back) I’m half? No, I ain’t ’bout to play with that (Play with that) You left your man to f*ck me, just to pay him back/Don’t you know that’s cold hearted?/Once you gone, no comin’ back/Girl, you f*ckin’ with a youngin’, I be doin’ sh*t you like/Don’t do talkin’ when I see you, all your hear’s love sounds/Goin’ round for round, you want a n*gga that take you down (This a special bond but it ain’t true)/Saddest part is I still love you, just to keep it simple (Biggest)” -August Alsina’s “Entanglements” Verse

Rick Ross kept things just as 100. The hip-hop superstar used his verse to make low-key references to both Jada and Will through his wordplay.

“Shawty leanin’ on my shoulder, got her questionin’ my ‘Will’ power/Jada’d by her beauty, but her reputation real solid/Mornin’ down the hallway, I can tell you how I feel about it/Caught up in the Matrix, and I doubt if I can get up out it (Come on, come on, huh)/Livin’ like there’s no tomorrow, met your boy with open arms/Tell you all my darkest stories, promise that you won’t depart/Keys to over forty cars, left me with a broken heart/Still I gotta get around, favorite artist was 2Pac/Watch a movie, then we freak it Tangled up, I’m gettin’ deeper (Yeah)/Do this sh*t like every weekend, guess I’m just her little secret (Come on, come on)” -Rick Ross’ “Entanglements” Verse

A few days ago, Rick Ross went to his Instagram Story with some pure comedy. Ross playfully announced August’s new album ‘Entanglement’ is officially on deck.

“But look, don’t let this sh*t get it f*cked up because that boy August got real talent, now. That n*gga can really sing, now. That n*gga drop that album this month, Entanglement album coming soon. That b*tch will go right now.” -Rick Ross’ Instagram Story

Comments Off on Will Smith Reacts To Fan’s Entanglement Comment: “I’m Definitely Gonna Block You. But The Joke Was Very Funny!” 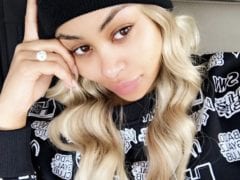 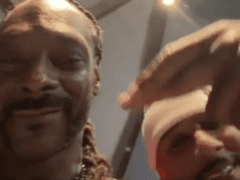