When I Get Free: Rick Ross Leaves Jail, Says “Fresh Out”

Maybach Music Group leader Rick Ross is once again a free man after spending a day behind bars on a drug possession arrest.

Ricky Rozay posted up a picture and provided an update on his status Thursday (June 11). 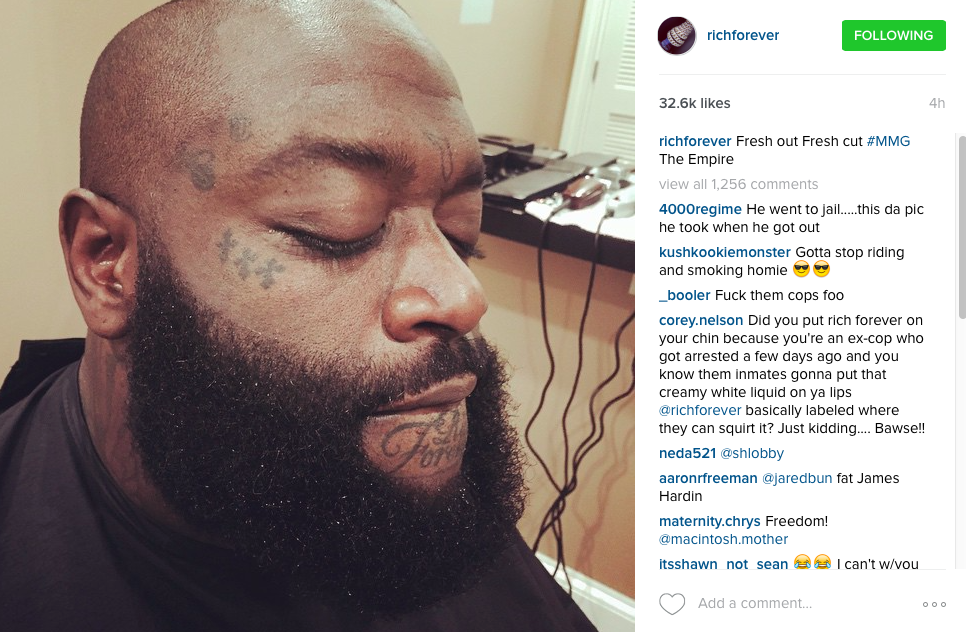 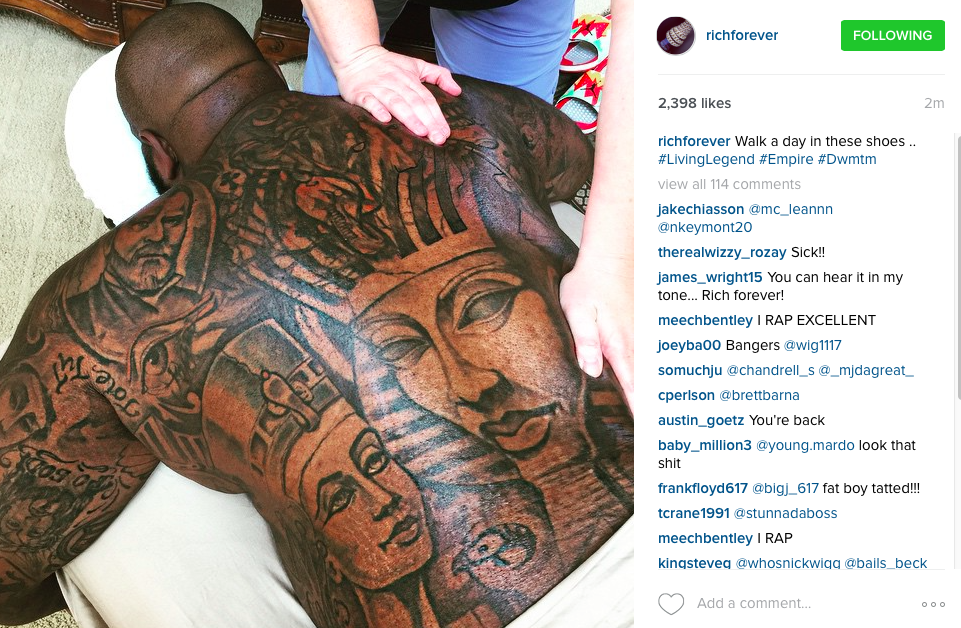 Rick Ross was just busted in his Bentley which apparently reeked of marijuana. Cops tell us the search was fruitful, producing five “marijuana cigarettes” — enough to hook up Ricky Rozay and take him to the pokey. This is Ross’ second pot arrest. So far, no comment from the Bawse. (TMZ)

According to reports, police sniffed out the “Bawse” during a cop stop in Georgia.

WSB is reporting that Ross was arrested after he was stopped while driving in a Bentley. Officers originally stopped Ross for a window tint violation. When officers opened the door, they said they smelled marijuana. Officers claim they found marijuana in the car. (Local 10)

No stranger to crime, Ross found himself in a similar situation last year.

Ross was previously arrested in North Carolina in June 2014 after failing to appear at a hearing related to a previous misdemeanor marijuana charge. He was taken into custody after performing at Greensboro’s SuperJam Music Festival and later released on a $1,000 bail. (WSB TV)