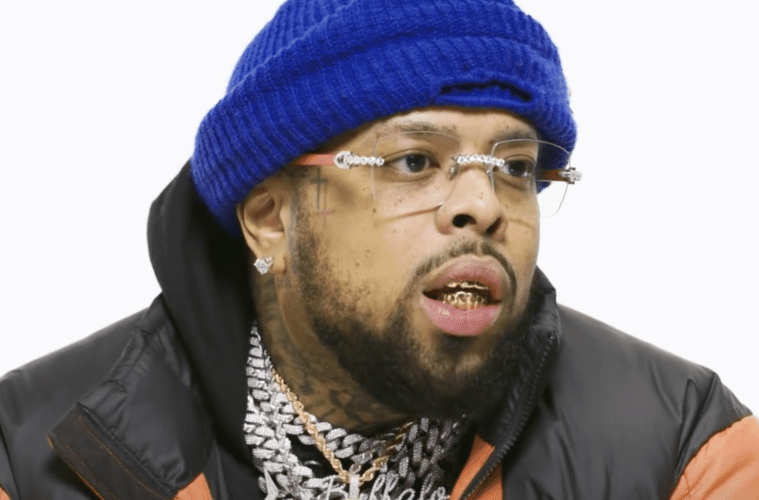 New York rapper Westside Gunn has people wondering if there is drama brewing between him and Eminem‘s Shady Records. The hip-hop entertainer went online this past weekend to fire a subtle shot at the record label.

Last night, Westside Gunn hit up Twitter with a major name-drop targeting Slim Shady. He questioned if the home Marshall Mathers built realized his group Griselda had a “Best Group” nomination for the BET Awards.

The public message even sparked a low-key co-sign from the Griselda Records Twitter page. The account used a JAY-Z meme shaking his fingers ‘no’ to back up Gunn’s point.

In mid-June, both Westside Gunn and group member Conway the Machine reacted to the huge nomination. They both went online to geek out over the major acknowledgement of what they’ve been doing over the past 12 months.

“Thank u to the PPL and Thank u to @bet for nominating GRISELDA for “BEST GROUP” This is what hard work looks like, there’s no stopping the BUFFALO KIDS 🤲🏽💯🤲🏽 #GXFR #CULTURE #BUFFALOKIDS #CONWAYTHEMACHINE #BENNYTHEBUTCHER #FLYGOD #DARINGER #KEISHAPLUM #WWCD @griseldarecords @betawards” -Westside Gunn’s Instagram

“Yeaaahh B*TCH!!! Griselda boys has been nominated for the 2020 BET Awards BEST GROUP award!! I gotta pop the biggest spades tonight and celebrate correctly. We been goin hard at this music for YEARS so to see this recognition for all the hard work, blood sweat and tears is gratifying!! Congrats to all the nominees 🙌🏾” -Conway the Machine’s Instagram