Griselda's Westside Gunn has no problem rubbing elbows with controversy. The hip-hop star has come through to show some major love and support for rock and roll icon Marilyn Manson.

1.1k Views Comments Off on Westside Gunn Claps Back At Everyone Slamming Him For Linking W/ Marilyn Manson
Share

Gunn initially started things up by sharing a snapshot of himself posed alongside Manson. The duo are both donning black attire while Gunn stands out slightly more courtesy of his iced-out jewelry.

Things then heated up to the point Gunn had to go into his own post’s comments section.

“Yo these comments are hilarious 😂 🍿”

The reactions didn’t sit well with Westside. So much so he had to actually defend the Manson post and offer to take it down under a certain circumstance.

“Matter of fakt y’all show me where he was convicted I’ll take it down!!! Until then stfu… I been to prison before u can’t say somebody a snitch without paperwork, yall can’t convict anybody off allegations… y’all didn’t stop watching Tyson fights and I love Tyson y’all didn’t say that about Kobe legacy and I love Kobe, y’all don’t say that about 2pac y’all say he the greatest so get tf outta here, y’all was just saying don’t wear Gucci last year and now y’all lined down the block for them belts 😂😂😂 in other words I FORGIVE U #HWH8 in stores now”

Rap star Kanye West also did the unthinkable after recently linking up with Marilyn Manson. Last week, the duo shocked the world at his third Donda album listening session event in Chicago.

But it was West’s choice to have shock-rock musician Marilyn Manson (real name Brian Warner) at his side for the debut of the song “Jail pt 2,” which Warner is credited as a writer and performer on, that really felt reckless. The song’s lyrics are about “violence in the night,” how we are “all liars,” and having a rap sheet, as Warner’s voice screams in the background, “Guess who’s goin’ to jail tonight!” (The Daily Beast)

A few days ago, actress Evan Rachel Wood shared her disgust with Kanye and Marilyn teaming up. She publicly blasted Manson and gave her disapproval for the man she claims previously abused her getting celebrated at Ye’s event.

Marilyn Manson’s public appearance at Kanye West’s Donda listening party at Chicago’s Soldier Field last week certainly garnered plenty of reaction. Among those addressing the appearance was actress Evan Rachel Wood, who publicly named Marilyn Manson as her abuser in February of this year. Wood’s commentary came via song during a performance with Zane Carney in Hollywood, with the actress posting her live cover of New Radicals’ “You Get What You Give.” The Westworld star was performing at Hollywood’s Bourbon Room Saturday night (Aug. 28) when she played a more somber, slowed down version of the New Radicals’ 1998 hit song, which famously name-checked Manson. (Loud Wire)

This week, Manson’s legal team appeared in court to make a plea in an assault case. The incident dates back to 2019 and involves a New Hampshire woman.

An attorney has entered a not guilty plea on behalf of musical artist Marilyn Manson, who is accused of approaching a videographer at his 2019 concert in New Hampshire and allegedly spitting and blowing his nose on her. Manson, whose legal name is Brian Hugh Warner, surrendered in July to police in Los Angeles in connection with a 2019 arrest warrant in the case. The allegations were detailed in a police affidavit that was released along with a criminal complaint. (KTLA) 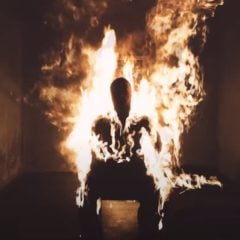 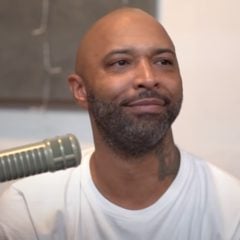