Wendy Williams Keeps Roasting T.I.: “I Don’t Have A Behind Like You Don’t Have Height. You Wear Lifts” [Video]

Talk show host Wendy Williams isn’t done speaking on the shade thrown her way from T.I. The hip-hop gossip queen has come forward to speak out on her mini war of words with the King of the South.

During her appearance on “The Wendy Williams Show” Monday, Wendy lightly clapped back at Tip.

“To the lovely T.I. who was very civilized in his comments regarding my lack of behind – I don’t have a behind like you don’t have height. You wear lifts. And no we’re not fighting. In the name of Major and King and your cute family, we’re not fighting, we are just grown people throwing subtle shade.” (“The Wendy Williams Show”)

#WENDYWILLIAMS CLAPS BACK AT @TROUBLEMAN31 & SAYS HE WEARS #LIFTS TO ENHANCE HIS HEIGHT… MIND YOU THIS COMES AFTER #WENDY ALREADY SAID THAT SHE COULD JUST BUY AN ASS LIKE #TI'S WIFE #TINY 😳👀 ..

“Yes I’m 53 and Yes I still dip it and do it in a bikini with perky boobs and a flat belly. And if I got no behind I can buy one like the rest of you all. Okay!” (People)

A few days ago, Wendy came forward and promised to blast back at her bikini critics.

If you’re gonna live in a glass house…I’ll see you Monday and oh yes, I will talk about my beach body. P.S. I never go in the water without a few floatation devices. 🏖👙😘

Last week, both DC Youngfly and T.I. lit up Williams over her leaked bikini pics. 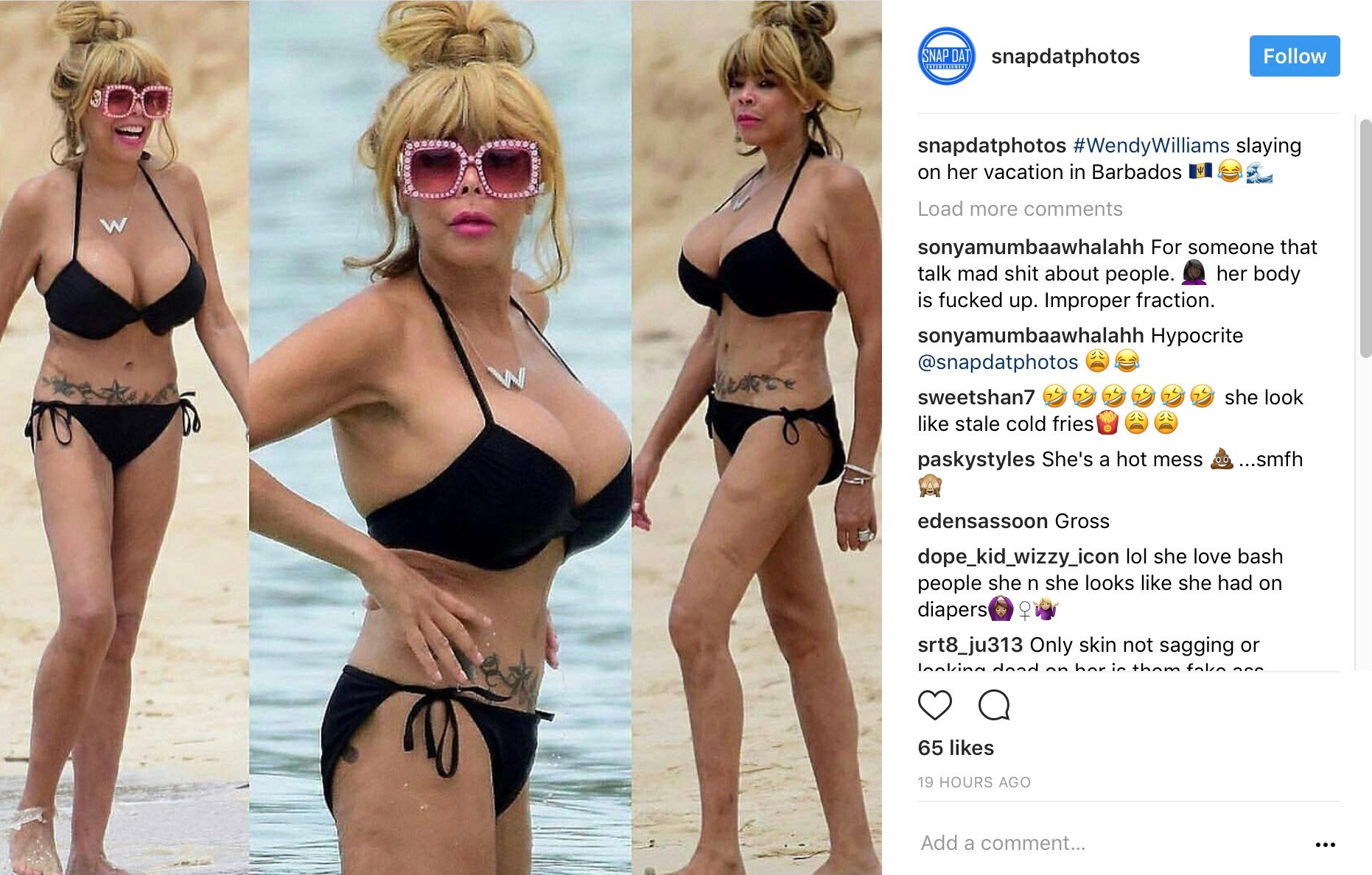 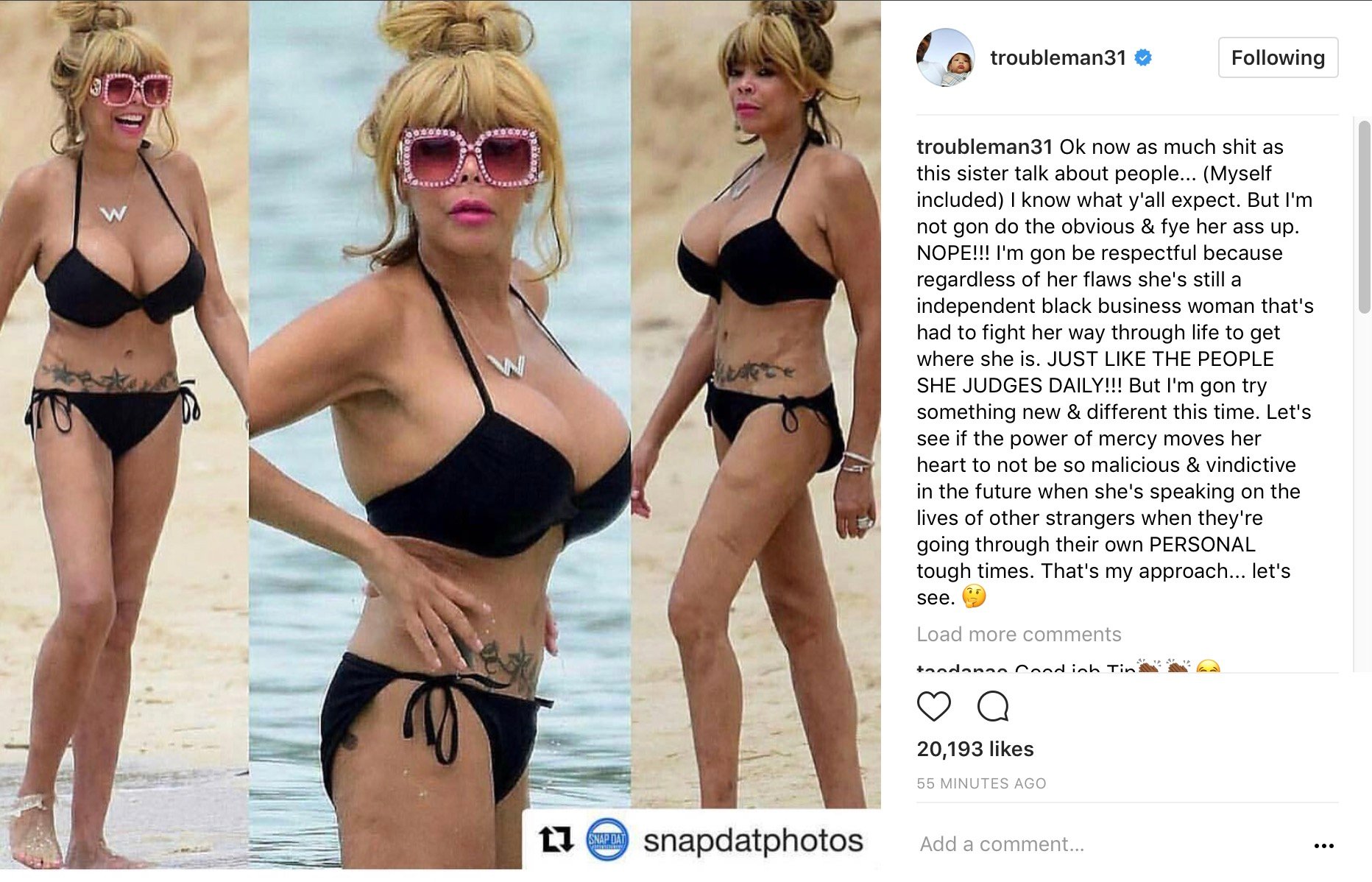