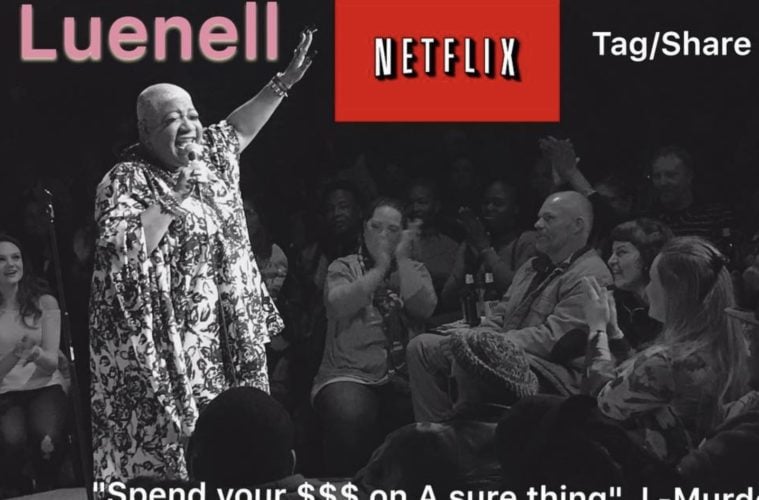 Working Wednesday. It’s a day to clock in work, work, work SOHH why not start things off with Wendy Williams exploding on Kim Kardashian and Kanye West? Speaking of crazy things, how about comedian Luenell trying to get in on that Netflix money? With movies on your mind, are we here for the Bad Boys 3 rumor again? All this coming up in SOHH Whatcha Think.

Does Kanye West really have to get blasted on by critics for Kim Kardashian’s actions? Guilty by association these days? Turns out a grip of celebs are going in on KimYe over the nude IG pics and Wendy Williams is no different. MSN has the skinny on Wendy’s verbal lashing:

On Tuesday’s episode of The Wendy Williams show, the host delivered a spirited tirade on Kardashian West’s racy photo shoot during her “Hot Topics” segement, and elicited a lot of “oooohhhhhhhhhs” from her audience. “Kim it’s clear Kanye has nothing for you except dribble and dribble and evil conversation,” Wendy began. “It is clear that Kanye does not pay attention to you. It’s clear to me that you’re desperately trying to stay in the spotlight. Kanye makes money, Kim makes more, why are you still doing this? It’s not even about the mother thing, forget the mother thing, because a lot of people will say, ‘Oh, she’s a mother.’ It’s about, she doesn’t have to do that anymore. That would be like Cardi B returning to the pole on a Saturday night or something like that. There were a lot of racy pictures; We saw full boob… sure she has a beautiful body, but so what. Between taking filtered selfies and the 25 hours it probably took to braid your hair that way.”

Do you agree? Did she go too hard? Should KimYe respond? #SOHHWhatchaThink?

Are you boycotting Netflix? Do you feel a certain type of way about how some comedians have called out the organization over unfair offers? Turns out Luenell had to jump into the convo but flipped the script. Her IG page has the deets:

Are you laughing? Are you tight? Do you think Netflix will low-key get at her? #SOHHWhatchaThink?

Are we all waiting around for Bad Boys 3? Sequels tend to be demanded on by fans and there’s finally an update on Martin Lawrence and Will Smith’s movie. Cinema Blend has an update:

The specter of Bad Boys 3 has loomed in Hollywood for some time now, with the movie always seeming to be in some stage of development only to never fully materialize. We have even suspected that this movie will never really happen. After all, it’s been years since it was announced, and some films never escape development hell. Regardless, now it appears that once again there movement on the project and we may yet see Mike Lowrey and Marcus Burnett riding together on theater screens. The latest hopes for the third film in the franchise, the perfectly titled Bad Boys For Life, comes in the form of new directors Adil El Arbi and Bilal Fallah, who are in negotiations with Sony Pictures to direct the film. (Cinema Blend)

Do you see this deal going down? Could we see this before 2020? Are you more hopeful about this or Dr. Dre‘s Detox? #SOHHWhatchaThink?