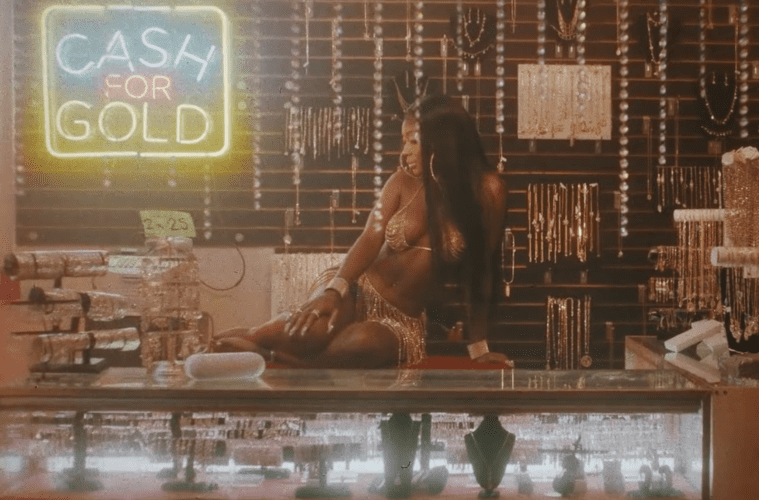 R&B singer Summer Walker and Usher definitely have one. The crooning pair have linked up and blessed the world on a Tuesday with their new “Come Thru” music video premiere. Watch and comment below!

LoveRenaissance (LVRN) and Interscope Records are pleased to announce the music video for “Come Thru,” the latest entree from singer-songwriter-soul siren, Summer Walker and Grammy-winning R&B legend, Usher. Directed by Lacey Duke, the steamy new clip was shot at the notorious 285 Flea Market in Atlanta. Check out the video HERE.

Produced by London on da Track, the foundation of “Come Thru” was built on Usher’s 1997 hit “You Make Me Wanna,” which made him the natural choice for this special guest turn. Jermaine Dupri, who co-wrote the original version, also pops up in the video. The highly infectious love song is the second official single from Walker’s history-making debut, Over It, which debuted at #2 on the Billboard 200 last fall and spent nine weeks in the Top 10, where it returns this week.

Walker successfully wrapped her First and Last Tour in support of the album in late December. The six-week jaunt kicked off with a trio of sold-out dates in London, followed by a string of sold-out shows across the United States. The artist recently won her first Soul Train Music Award (for Best New Artist) and has been confirmed to perform at Coachella 2020 in April.

Summer Walker’s critically acclaimed album Over It is available worldwide on all digital platforms via LVRN/Interscope.