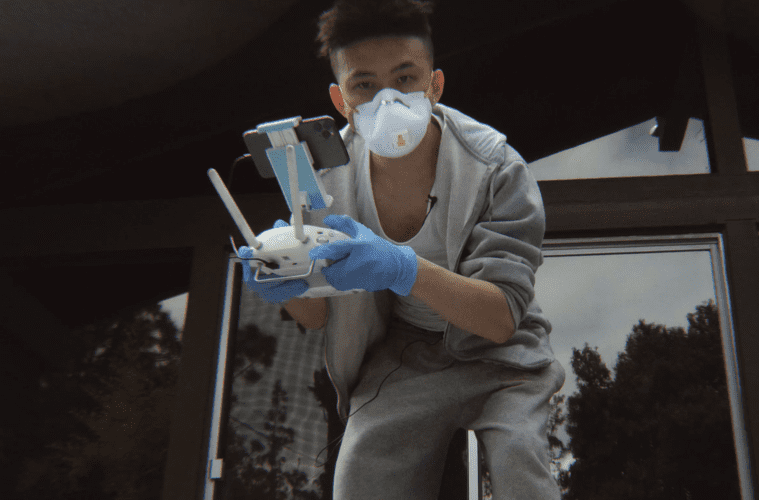 Quarantined in his Los Angeles house due to the pandemic, rapper, singer, songwriter and record producer Rich Brian decided to get creative in the ideation of his latest music video for “Bali” featuring Guapdad 4000 by helping his friends and neighbors.

Using a drone, Rich Brian shares various gifts to people in his community that can be attached and dropped off. He specifically targeted individuals and small businesses who have been forgotten about in mainstream media, but have been impacted directly from the quarantine. This includes 125 meals for the LA County Hospital,  truck lease late payments for a local food truck, a sizable donation toward Asian Americans for Housing, meals for AAH (elderly persons), face masks and so much more.  He also dropped off fun packages to friends such as Cuco, NIKI, Cody Ko, Noel Miller, Buddy, Thundercat and Kenny Beats.

The 20-year-old, whose singles regularly feature guest artists like Ghostface Killah, 21 Savage and Offset, performs to sold-out shows across North America, Europe and Asia, and festivals including Bonnaroo and Rolling Loud (he’s slated to perform next at the postponed Coachella).  On April 10 his music label 88rising releases his newest single, “Bali,” a rap track infused with melodic threads and wisps of reggae, which uses the popular Indonesian island paradise as a metaphor for his life.  In the pipeline to drop later this year is a yet-titled concept album spotlighting Southern California’s San Gabriel Valley and its influential Asian community.

Brian pushed his musical style to a new level – while revealing his personal immigration story and rise to stardom – on his second album, The Sailor, released in July 2019.  Featuring guest appearances from RZA and Joji, and co-written with Bekon and the Donuts, it’s crossed over 400 million streams since its release.  The Huffington Post wrote that its tracks “evidence a more sophisticated, evolved artist compared to the earlier work that propelled him to his prominent place in the Asian hip-hop movement.”  Its first single, “Yellow,” mixes hard-punch rap with beautifully structured harmonies; his second, “Kids,” the product of an inspired night-to-dawn writing and recording session, paints Brian as a role model and provocateur with lyrics like “Tell these Asian kids they could do what they want / Might steal the mic at the Grammys just to say we won / That everyone can make it, don’t matter where you from.”