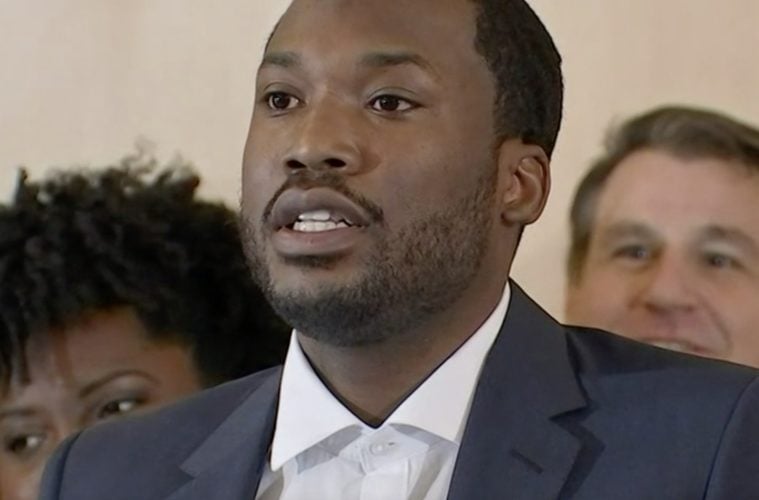 Maybach Music Group’s Meek Mill is addressing his full-blown problems with the Pennsylvania criminal justice system. This week, the hip-hop star stepped forward and talked about keeping an opioid addiction secret in fear of jail time.

During a Thursday press conference, Meek said the potential to land in jail has kept himself and other people from not getting help with their problems.

Meek stood shoulder to shoulder Thursday in Philly with PA Governor Tom Wolf and other state leaders to address the need to revamp the justice system. He said when he was coping with addiction he was afraid to tell his probation officer, because he thought it would be grounds for the judge to throw him in jail. He says his probation officer at the time helped get him into rehab. But, Meek’s point was that people caught up in the system tend to be hesitant to get help with their drug problems. He went on to address other issues with the system — namely, being able to get locked up for merely coming into contact with cops. (TMZ)