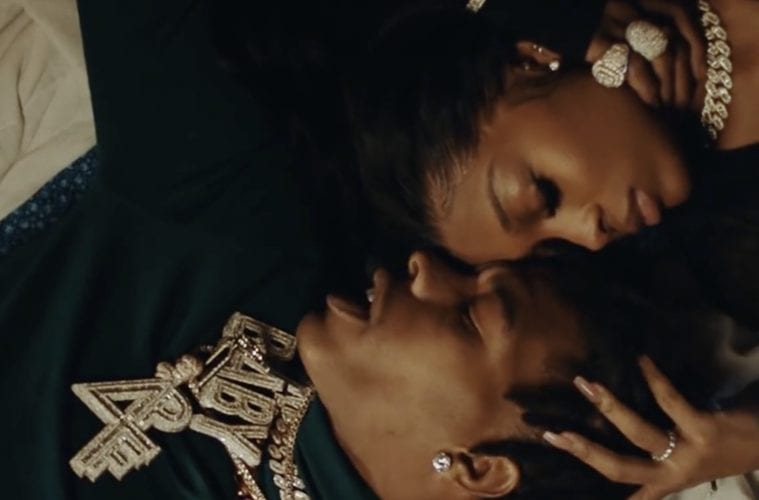 Watch: Lil Baby Puts It All On The Line W/ His Ride Or Die In New CATCH THE SUN Video

Today marks the premiere of the video for “Catch the Sun” by Lil Baby — a song from the Queen & Slim: The Soundtrack, released by Motown Records. Arriving as Queen & Slim hits UK theaters, the quietly stunning visual will have its broadcast premiere via BET Jams, BET Hip-Hop and the Viacom billboard in Times Square.

In the video, Lil Baby and his co-star recreate the on-the-run love story of Queen & Slim. With its dreamlike beauty and captivating tension, the visual perfectly captures the introspective track. It was directed by Cam Busby (Wiz Khalifa, Kodak Black), who also helmed the video for Megan Thee Stallion x VickeeLo’s contribution to the soundtrack, “Ride or Die.”

The Atlantic noted, “The Atlanta rapper Lil Baby offers a reflection that’s more meditative than his usual repertoire; on ‘Catch the Sun,’ he waxes poetic about romance, fatherhood, and his upbringing.” 2019 was Baby’s biggest year as he passed over 10 billion global streams, earned his first Grammy nomination for “Drip Too Hard” and won his first award for Best New Artist at the BET Awards, and had three #1 songs at urban radio all to solidify himself as one of the most dominant global forces in rap.

﻿Last month, the first offerings from a merchandise line accompanying Queen & Slim: The Soundtrack (Motown Records) were unveiled. The line includes a crewneck, short and longsleeve t-shirts, a cutout t-shirt, a photo t-shirt and a tote bag. A digital soundtrack will be delivered via email upon purchase of any item. The soundtrack is available for download / streaming at all DSPs, while the CD configuration can be purchased at Amazon and other retailers.