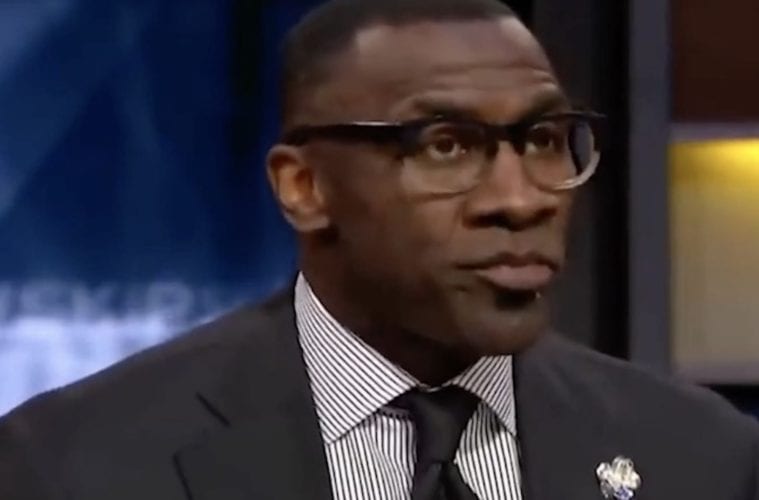 Watch: Diddy Shares Powerful Words By NFL Legend Shannon Sharpe On The Reality Of American Racism – “This Is The Uncomfortable Truth That Continues To Get Avoided + Overlooked”

Bad Boy Records CEO Diddy is letting Shannon Sharpe get all of his flowers now. The hip-hop mogul went online this week to share some must-see footage of the retired NFL great and Fox Sports personality breaking down some true facts about how deep racism runs in America.

“If you talk all the way real about America and try to have an open and honest dialogue and conversation with white America, it would tear down the very foundation and fabric on which they say America was built on. America was not built on freedom, America was built on racism. And the backbone, life life and economy of America is built on the backs of slaves. That is a fact and racism is so ingrained in America because, Skip, from the very first time you brought those slaves over in 1619, you had someone to look down on. You robbed him of his given name, you robbed him of his dignity, you robbed him of his humanity, you told him he was less than, you treated him like he was less than, and then you somehow say what? That America is what? America is how?”

“He never received that. You got 250 years of free labor. 250. Let me tell you how this works Skip. When you hire someone to do something, either you can’t do the job or you don’t want to do the job. So which is it? As America is thriving, who is doing the work? The workers. Not you. Not only were they working in the field, they were taking care of your kids before they could take care of their own. So this notion that America, huh, white people we did all this? No you didn’t. And then, Skip, you have to look at the greatest purveyor of racism and violence is American white men. No race of people have suffered more on American soil than the Black. No one. To this day.”