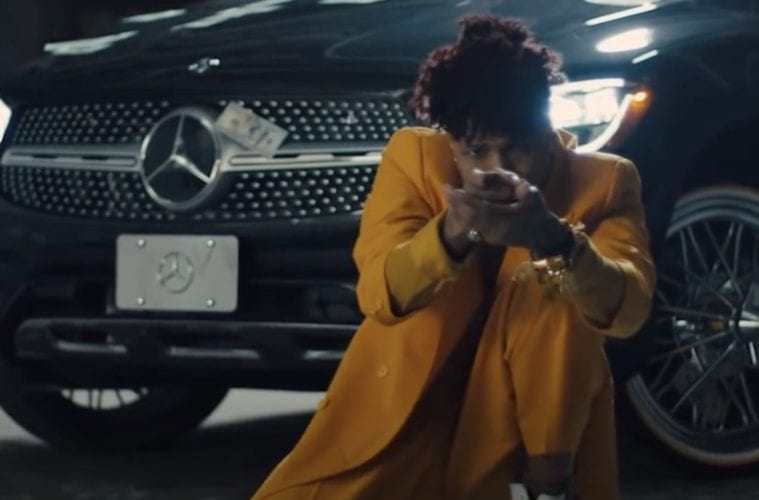 R&B singer August Alsina is sticking to the music. Following a sticky situation he found himself in after coming clean on his rumored romance with actress Jada Pinkett Smith, the Louisiana native has delivered Friday with his new “Rounds” music video.

“Rounds” opens with Alsina driving with vibrant clothing into a garage filled with roses. The glowing illustrations highlight him as a man who has achieved the goals he had set for himself, emphasizing the lyrics he sings. As he stands in the midst of his accomplishments, the lyrics pay homage to his hometown with a shout out to his close friend Elliot showing his old football jersey. The entirety of the video stays focused amplifying Alsina’s movements through neon animation and close up camera angles of the singer. This stripped down version of Alsina aims to shine a light on his success at a young age, but always being grateful to the city and people that raised him and stuck by his side on his journey to where he is today.

Just this past month, Alsina dropped his highly-anticipated, 27-track album The Product III: stateofEMERGEncy. The visual for the track “Rounds” follows the release of his documentary, stateofEMERGEncy: The Rise of August Alsina, with 2.1 million views and exclusive interview with Angela Yee garnering 2.2 million views on his YouTube channel. Both touching on Alsina’s troubling past, his loved ones surrounding him, and the life-changing moment creating an instant pause in his career. Alsina returns with captivating and fresh R&B sounds for his day ones that continue to trend on social media and earn him over 10 million followers across all platforms.