Maybach Music Group’s Wale can finally kick his feet up. The hip-hop veteran has reportedly wrapped up production on his upcoming Shine album.

Ralph Folarin’s long-awaited The Album About Nothing follow-up is finished.

For the past 15 months, Wale has been working on SHINE, the follow-up to his 2015 full-length album The Album About Nothing. The MMG emcee is not ready to officially announce a release date for the project, but we can confirm that he has finished recording. “[It’s] done, complete,” Wale told us via text. (DJ Booth)

Last weekend, Wale went to social media to speak on the state of deejaying. 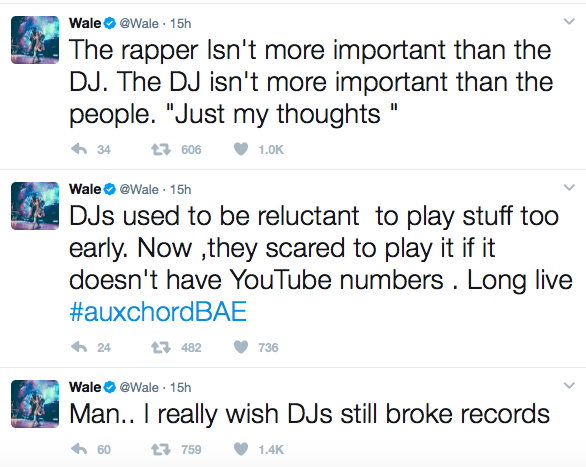 A couple weeks ago, Folarin talk about piecing together protégé PhilAde’s album. Recently, Wale talked about the grind he took in the competitive music biz.