This past Sunday saw Seth Rollins in, not one, but two matches at WWE Night of Champions. Looking back through the history of WWE pay-per-view events, we uncovered six other wrestlers who have competed multiple times in a single event and looked at how each fared. Even though he lost to John Cena, Rollins made history by being the first wrestler to defend two different belts in the same night.

Also looking to make history was Sting, who faced Rollins in the main event. With a win, Sting could have become the oldest wrestler to hold the WWE World Heavyweight Championship, surpassing none other than Vince McMahon for the title. Unfortunately for “the Vigilante,” he was unable to wrangle Rollins and the championship that has eluded him for so many years. 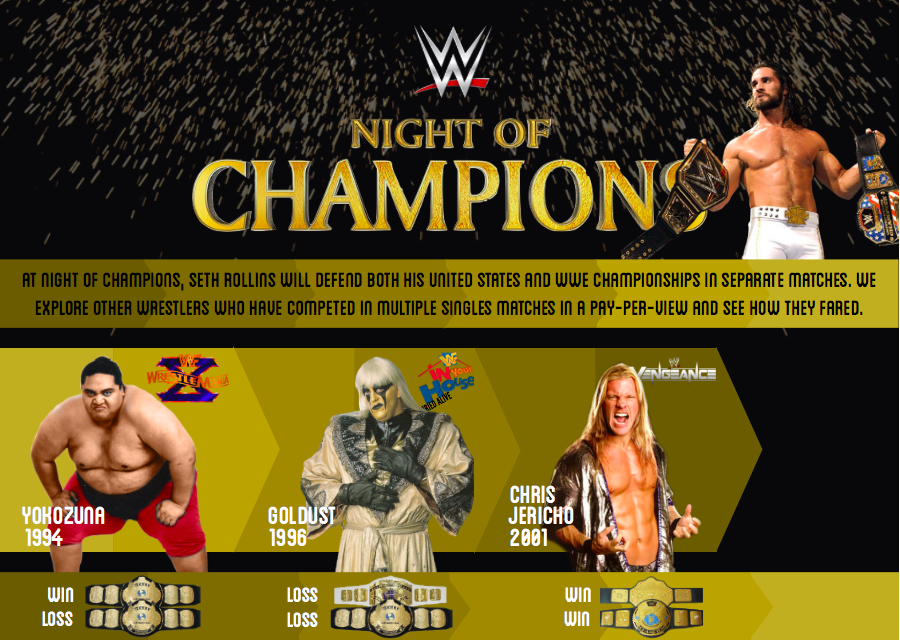 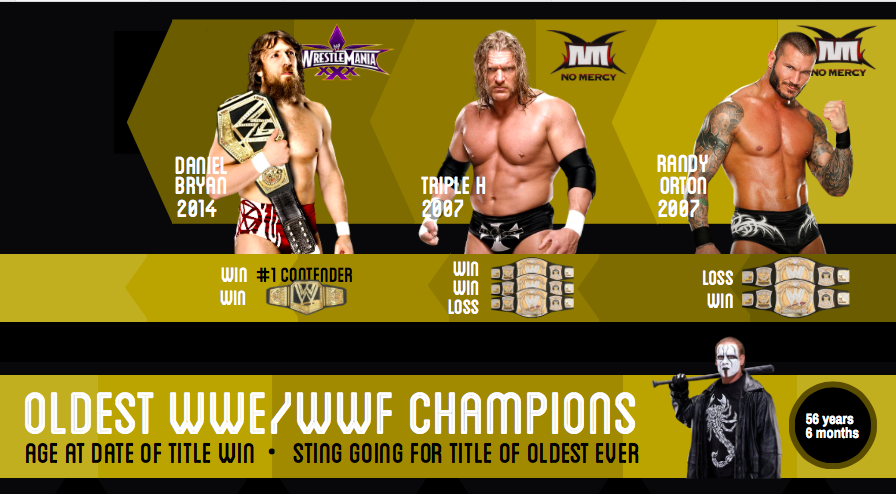 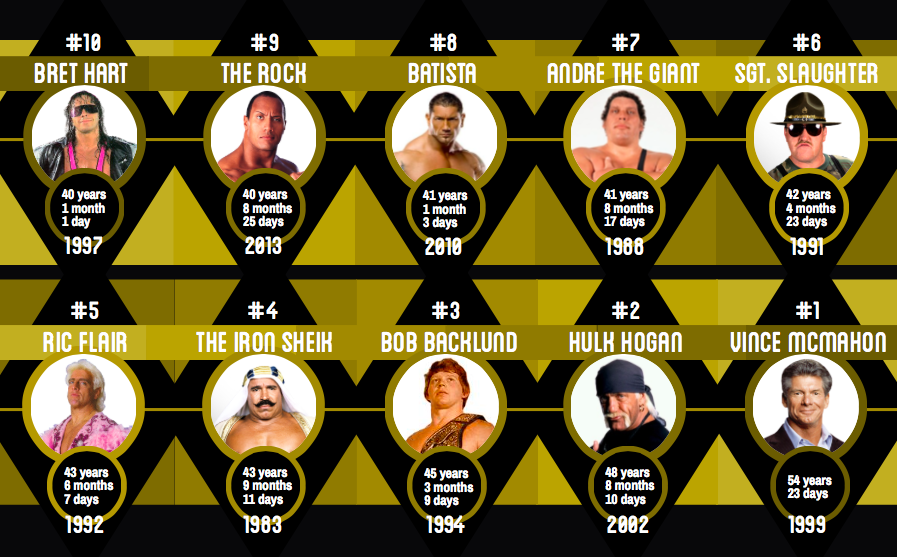