Waka Flocka Flame Says It’s All Gucci Again: “Of Course I Was Mad As A Motherf**ker” [Video]

Atlanta rapper Waka Flocka Flame recently talked about his relationship with jailed mentor Gucci Mane amid their past publicized feuds.

Despite the now-defunct beefs, Waka said he is fully behind Gucci.

“Yeah, we speak,. That’s my boy,” Waka said referring to Gucci. “At the end of the day, my platform was with Gucci. You follow me? It’s nothing I can ever say now—Where I’m at in life, I did that. But my beginning started with Gucci. It helped both of us out. Of course I was mad as a motherf*cker. I was madder than this before. Like we hit before. Me and him fought before. All the time. It just so happened that social media be out and then when people see that.” (Hot 97)

Watch Waka Flocka Flame’s full interview on the next page…

Flocka posted up a picture of himself rallying for the release of Gucci earlier this month. 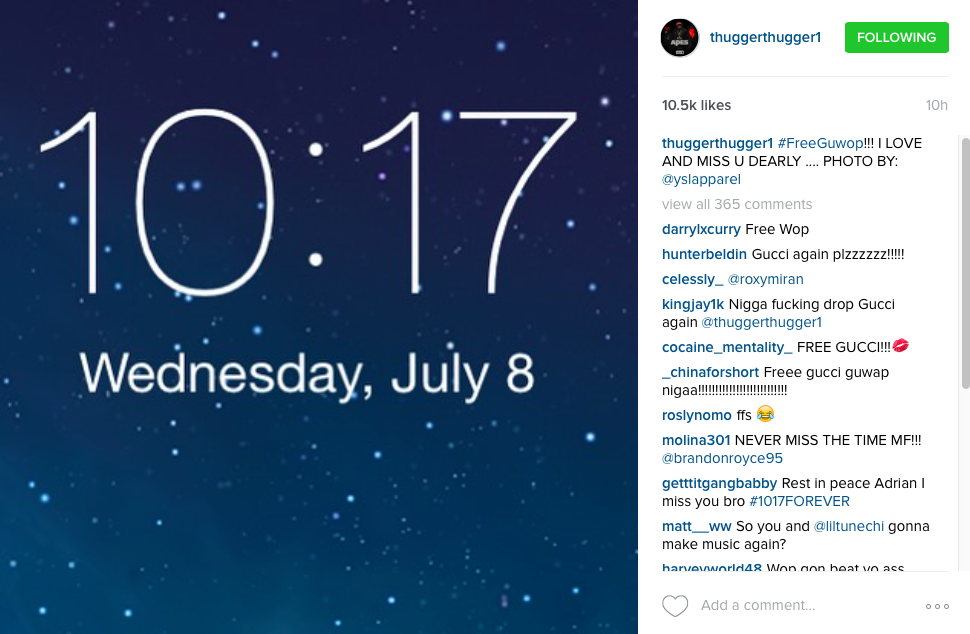 Lawyer Drew Findling recently said his client did not have a scheduled release amid some reports of a July exit for Gucci.

“We do not know where that rumor came from, so that’s just Internet and social media fabrication. We have no idea where that release date came from because we’re still in the midst of resolving things with the Bureau of Prisons. There was some confusion on their part, about his release date. … I can’t get into specifics, but we’re in the midst of corresponding with the Bureau of Prisons. I’m trying to iron out a specific release date for him, but that I can tell you that is not his release date. There’s nothing formal about that. It’s a product of social media.” (MTV)