Atlanta rapper Waka Flocka Flame won’t let Pete Rock drag his name without firing back. The hip-hop artist has once again responded to the rap veteran singling him out on social media.

A screenshot has surfaced of Waka telling Rock he’s not on the same level as rap pioneers Nas and presumably JAY-Z.

A few days ago, Rock publicly let loose on Waka and gave him a hip-hop history lesson.

Im gonna defend my older heads and tell you your not equal. Be as disrespectful as you want. Your not doing what we did,havent accomplished what we accomplished. Our generation didnt experiment with pills or syrup or anything synthetic. Its already written in history. Rock n Roll hall of fame,hip hop hall of fame and museums. Where are you at in any of that? The problem is yall never had respect from the jump. WE ARE THE REASON YOUR WHO YOU ARE AND DO WHATEVER IT IS YOUR DOING! Pay homage to who was before you. Problem is also yall want us to accept music that dont move nothing but the young,when you making music its to inspire everyone not just your era. Only time my pockets on pause is when im streaming yall album. I listen to it and made a decision not to buy yo shit cuz in my opinion being a music maker,there is no substance to the music or lyrics so dont get mad cuz you not cut from the cloth of hip hop pioneers. Lets see how long you can last in this business doing what you doing. You been quiet until you startED running your mouth about old school niccas. Thats corny bro. Just make better music and spit like an MC. Yeah yall different but nothing of what nas krs kane jay z or any official rapper has ever taught you. We saying something about your generation cuz your simply not making heart & soul felt music young nicca! The old head rant is corny. Old heads are special 😎 and i just think yall cant do what we did. 🤷🏾‍♂️ Salute! @wakaflocka

Instead of keeping mum, both Waka and his bae Tammy Rivera clapped back at Rock.

Oop!! Hip-Hop pioneer #PeteRock had to get some things off of his chest about #WakaFlocka blaming rap’s issues on the old school and of course ya’ll know #Waka did not hold his tongue (SWIPE) 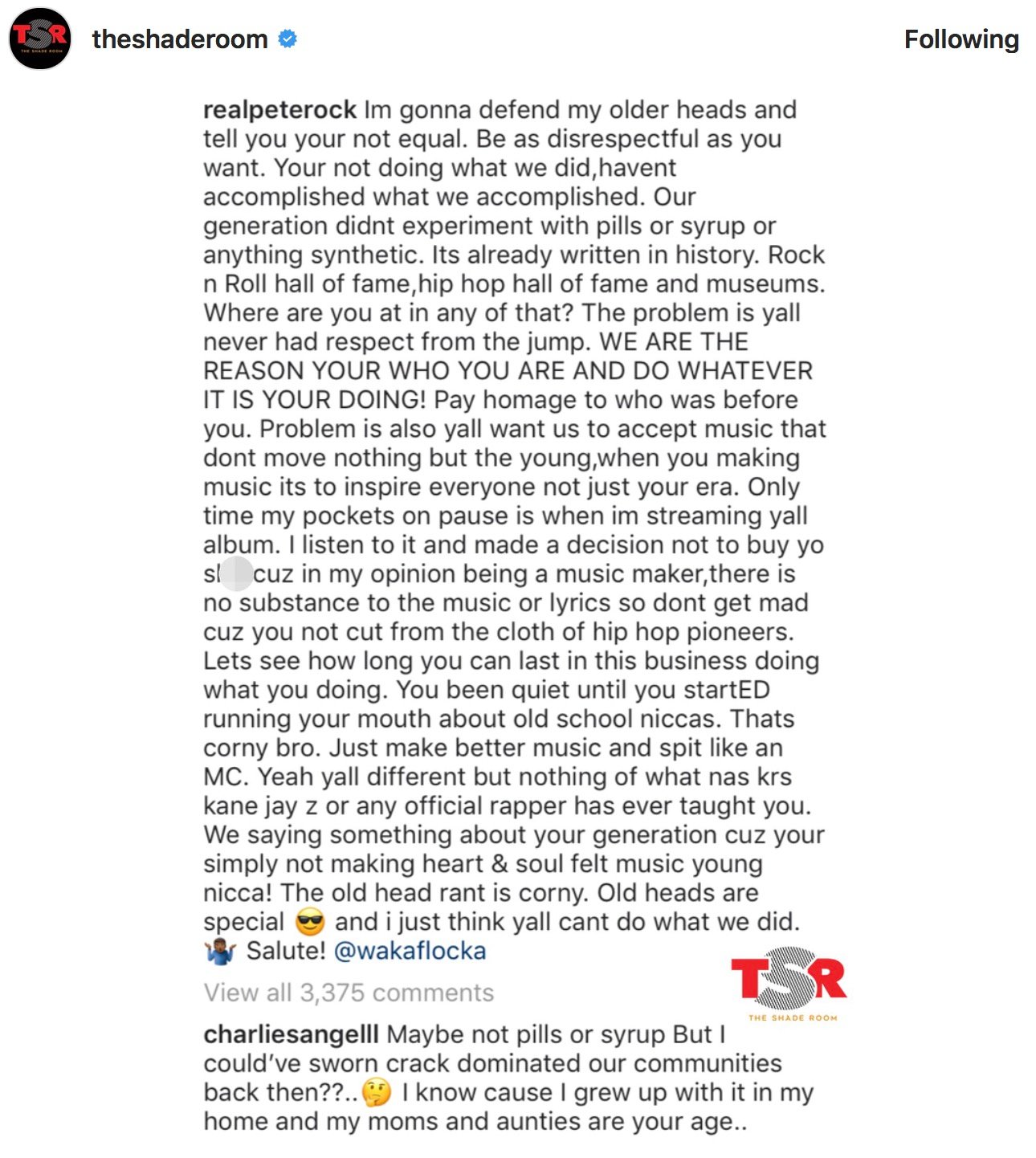 #PressPlay: This is reportedly the interview that caused #PeteRock to come for #WakaFlocka…#Roommates, what are your thoughts? (View earlier post) via. @thisis50