Fans have spoken out about how unfair this seems, especially after Sha’Carri’s interview on the “TODAY” show where she explained the usage happened as a result of dealing with the emotions of her biological mother passing. Among those supporters for Carri included retired NBA champion Dwayne Wade‘s wife.

“Weed is great for many a thing but running faster isn’t one of them. LET HER RUN!!! #ShacarriRichardson”

Wack relied on the power of Instagram to give a different take. 100 believes Richardson deserved to pay the consequence for breaking the rules.

“Put her on the first thing smoking back to the dispensary ! A violation leads to punishment. Nobody is bigger than the program. Rules & regulations are there to be followed not ignored. She failed us as a people far as I’m concerned !”

Sha’Carri’s Journey to the Gold

This week’s news of Sha’Carri Richardson drug test results threatening her place in the 2021 Tokyo Olympics has caused an uproar. The Texan was set to be the first American woman to win the 100 Meter race since the 90s. Her run time of 10.86 seconds at the Olympic trials garnered her many fans hoping that she would crush the Tokyo Olympics this summer, now those hopes seem dashed.

While Sha’Carri has been disqualified from the 100 Meter dash, there is still a chance for her to run in other races such as the 4×100 relay.

New York’s monumental move is good for business, but it’s deeper than that. Black and Latino communities in New York have been subject to racially biased policing when it comes to marijuana, with Black and Latino people being arrested and jailed at a much higher rate compared to weed users in White communities. The deal also includes equity programs aimed at increasing opportunities for minorities to enter the cannabis industry,.

“A percentage of revenue that is raised will get invested into the communities where the people who suffered mass incarceration come from and still live in many cases,” said Assemblywoman Crystal D. Peoples-Stokes, a Democrat who has spearheaded the legalization effort in the lower chamber for years. “For me this is a lot more than about raising revenue: It’s about investing in the lives of the people that have been damaged.” (New York Times) 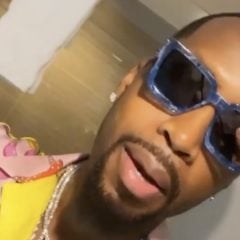