Vivica A. Fox Stands Behind Sparking 50 Cent Feud: “I’m Not Going To Take It Back”

Hollywood actress Vivica A. Fox has stood up for her remarks aimed at ex-boyfriend 50 Cent following past comments he made about Fox’s “Empire” having declining ratings due to a gay storyline.

Vivica said she did not regret name-dropping 50 in defense of the hit television series and the people behind it.

“I voiced my opinion, but I’m the kind of person where if you don’t stand for something, you’ll fall for anything. I was just really, really sick and tired of hearing the B.S. about Empire and especially about the gay storyline,” she says of the exchange. “And I’m not going to take it back, because Lee Daniels, Taraji and Terrence Howard are very good friends of mine, and they are my costars. And I’m a stand-up kind of babe, so I stood up for them and I don’t regret it whatsoever.” (People)

Check out what shot Vivica A. Fox fired off on the next page…

Last week, the G-Unit boss went off on Vivica across social media.

#50Cent stepped into The Shade Room .. Lord why can't we all just get along ??? #VivicaFox

Fox almost immediately went off on 50 and sent him a threat on social media. 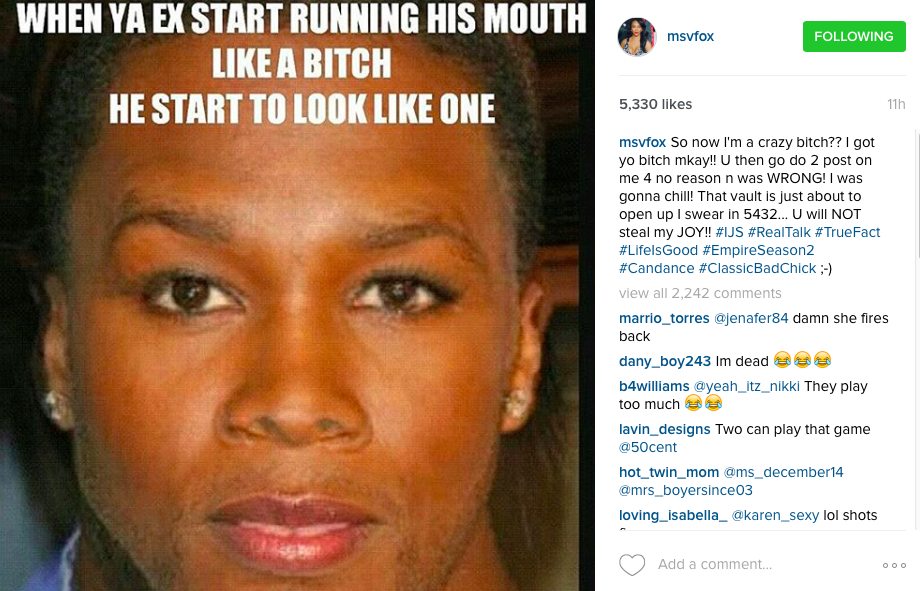 50 went off on Fox through his Instagram page earlier this month. 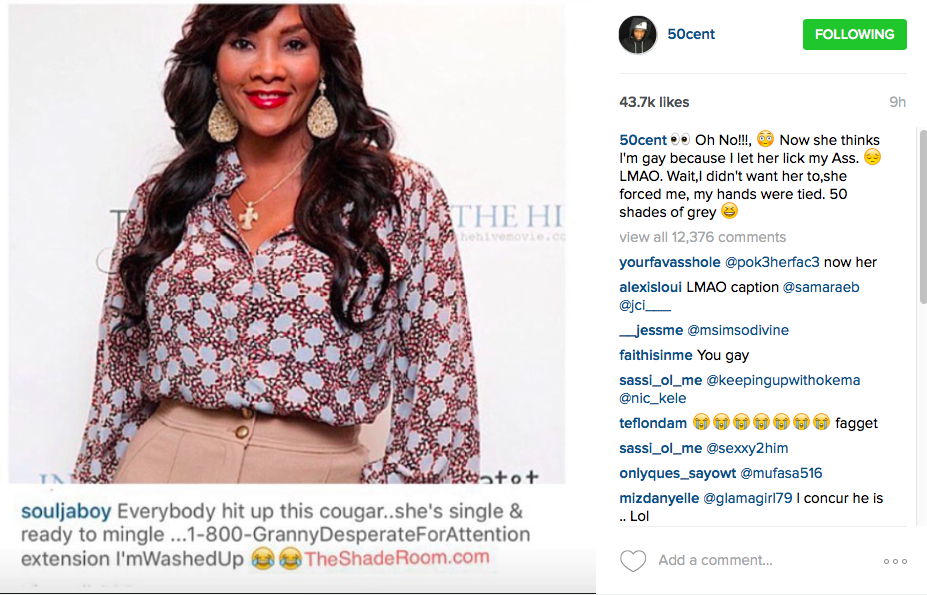 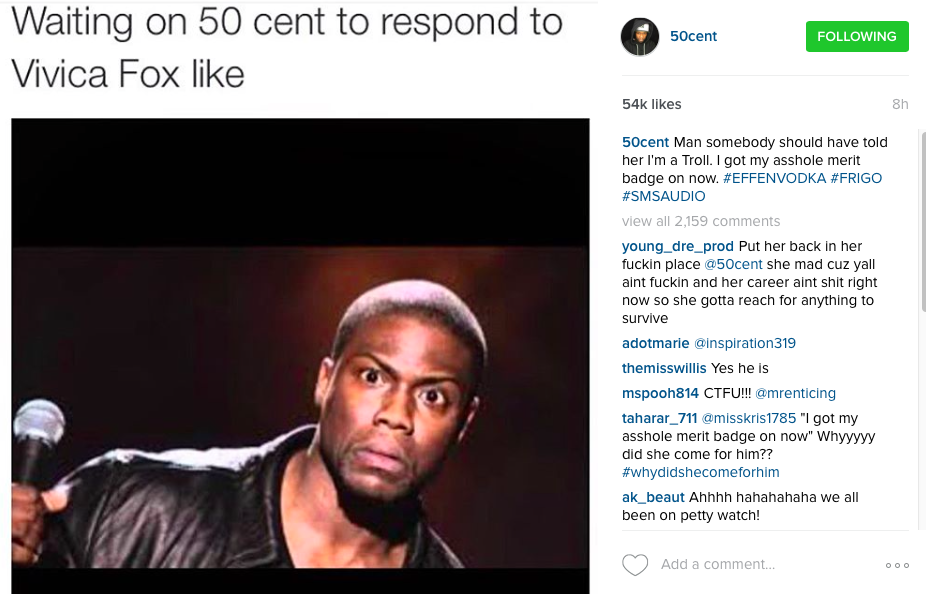 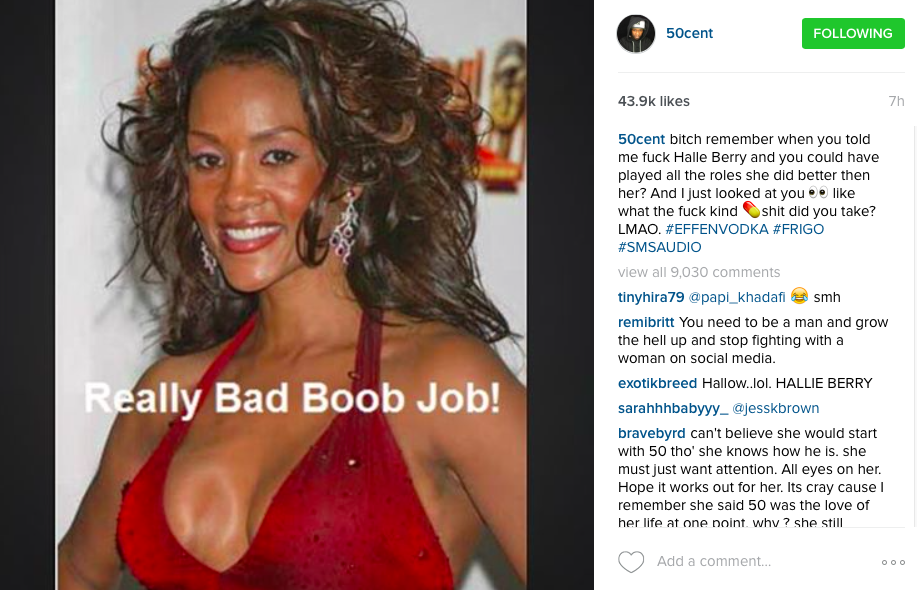 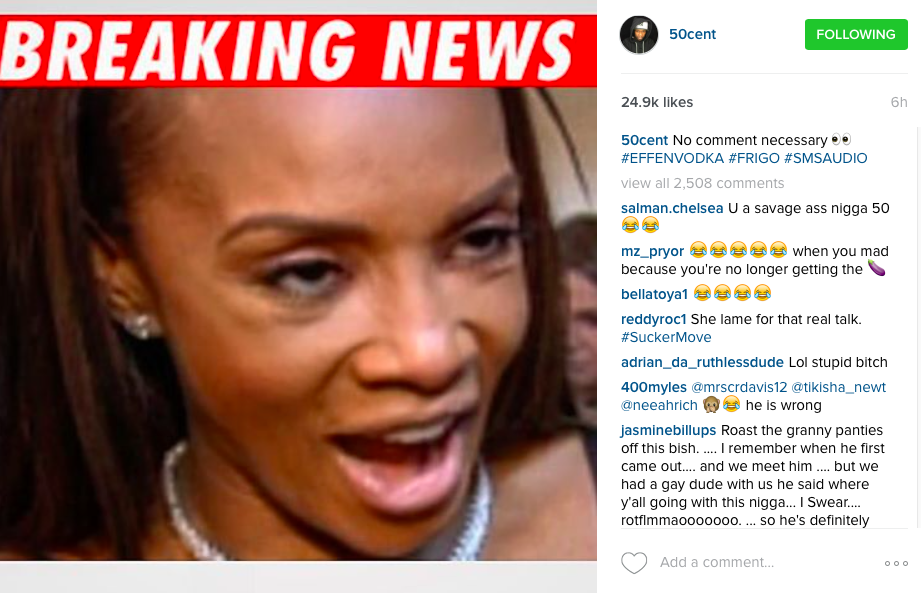 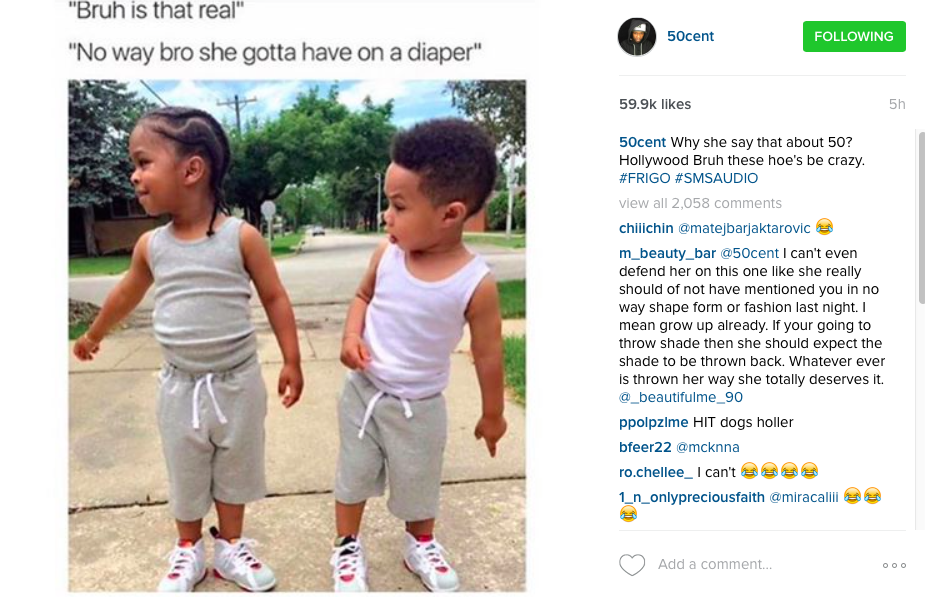