Vince Staples Goes On Epic Rant After Internet Bodies Him For Criticizing Eminem’s BET Cypher: “I Just Didn’t Like Some Of The Bars”

Staples went to social media this weekend to defend his image and clarify how he feels about Em’s politically-driven freestyle. 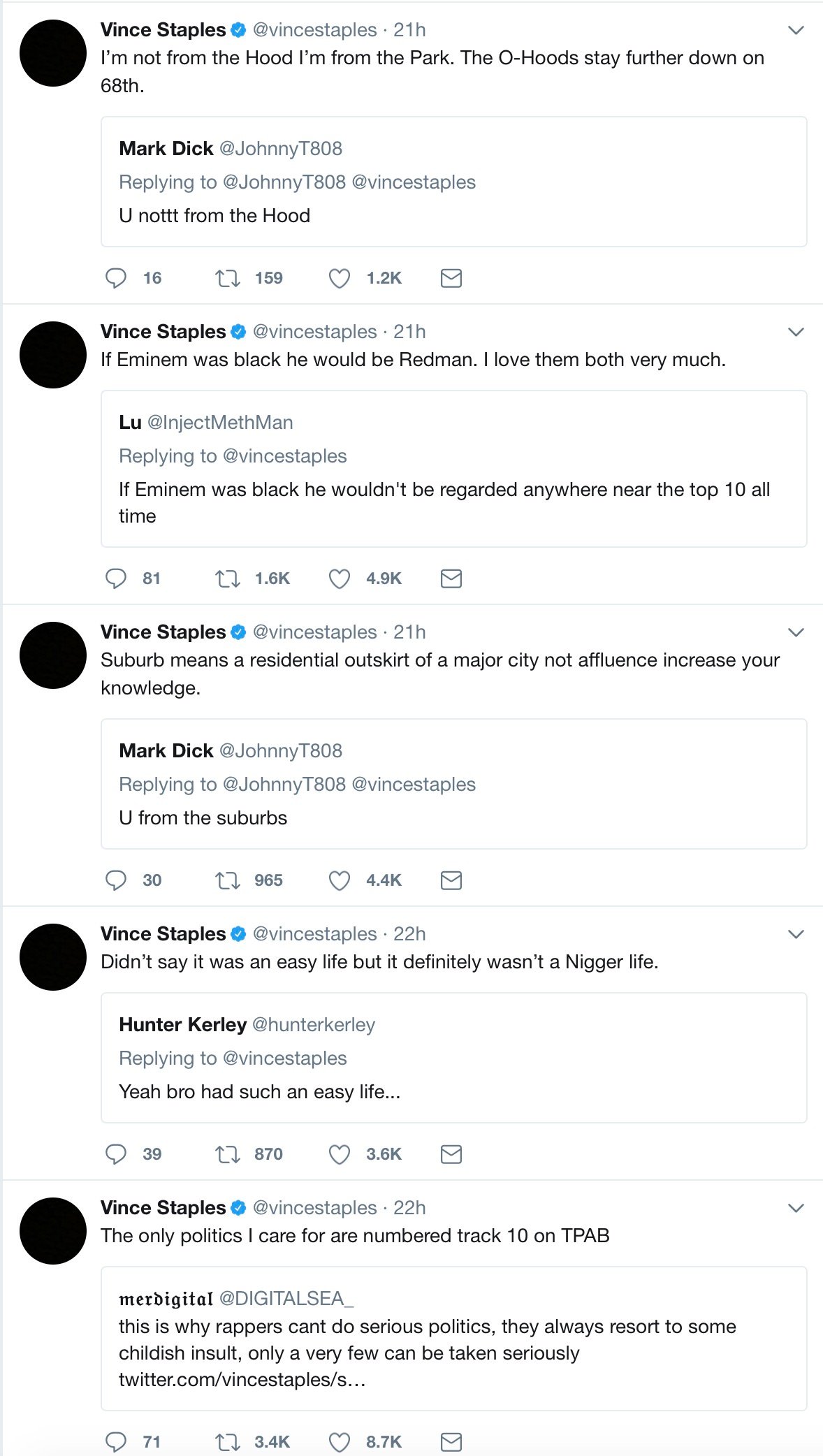 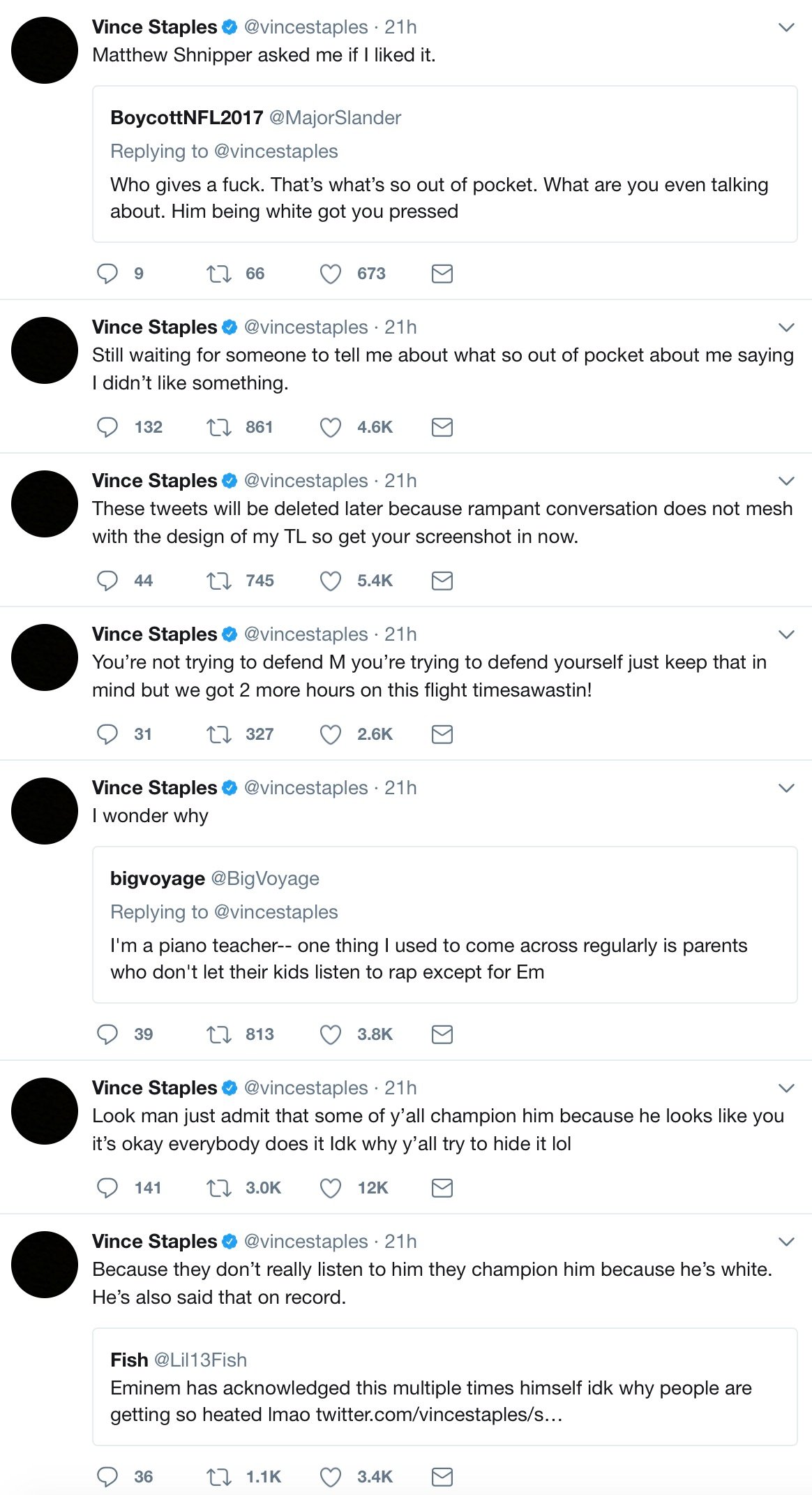 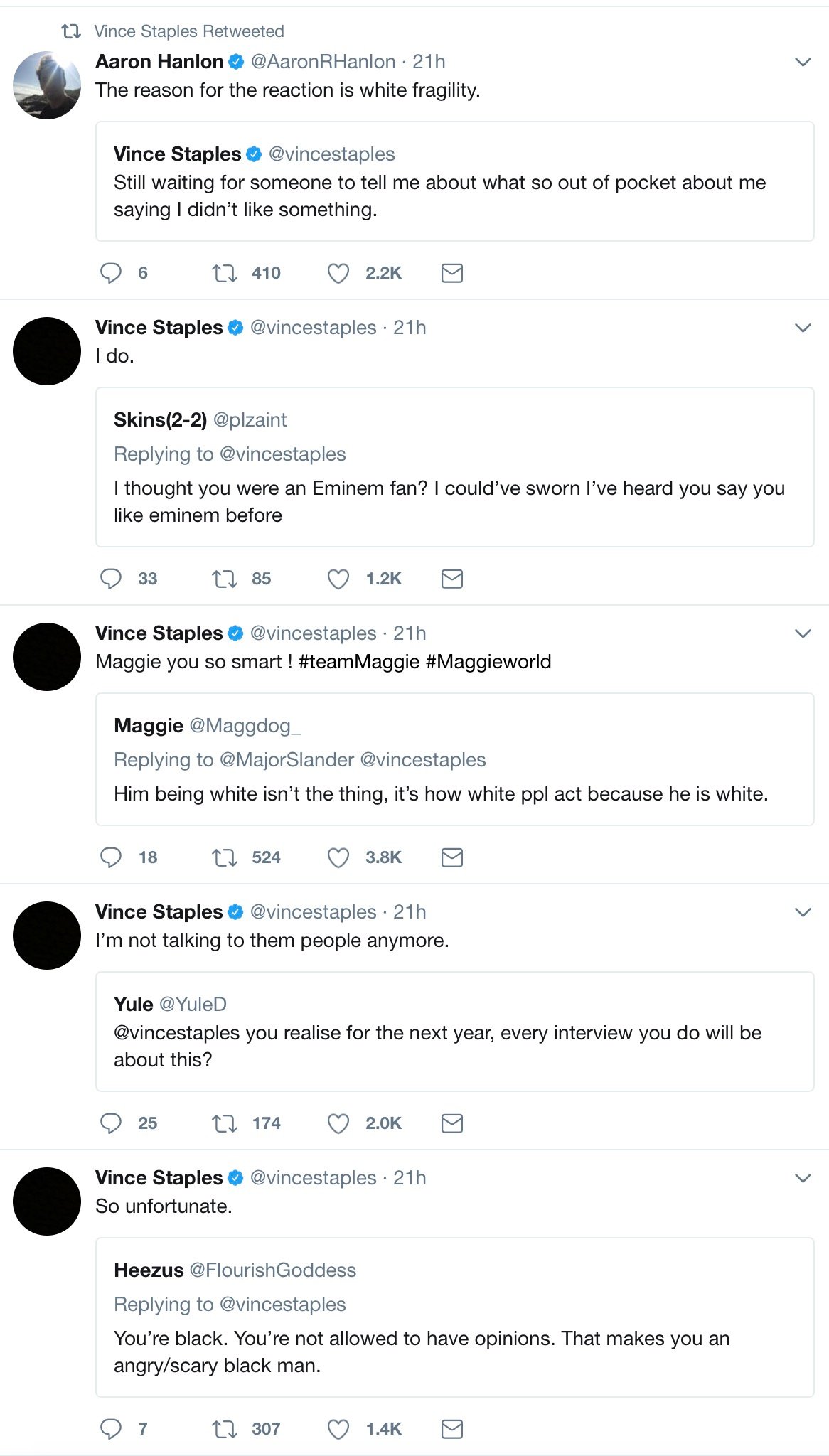 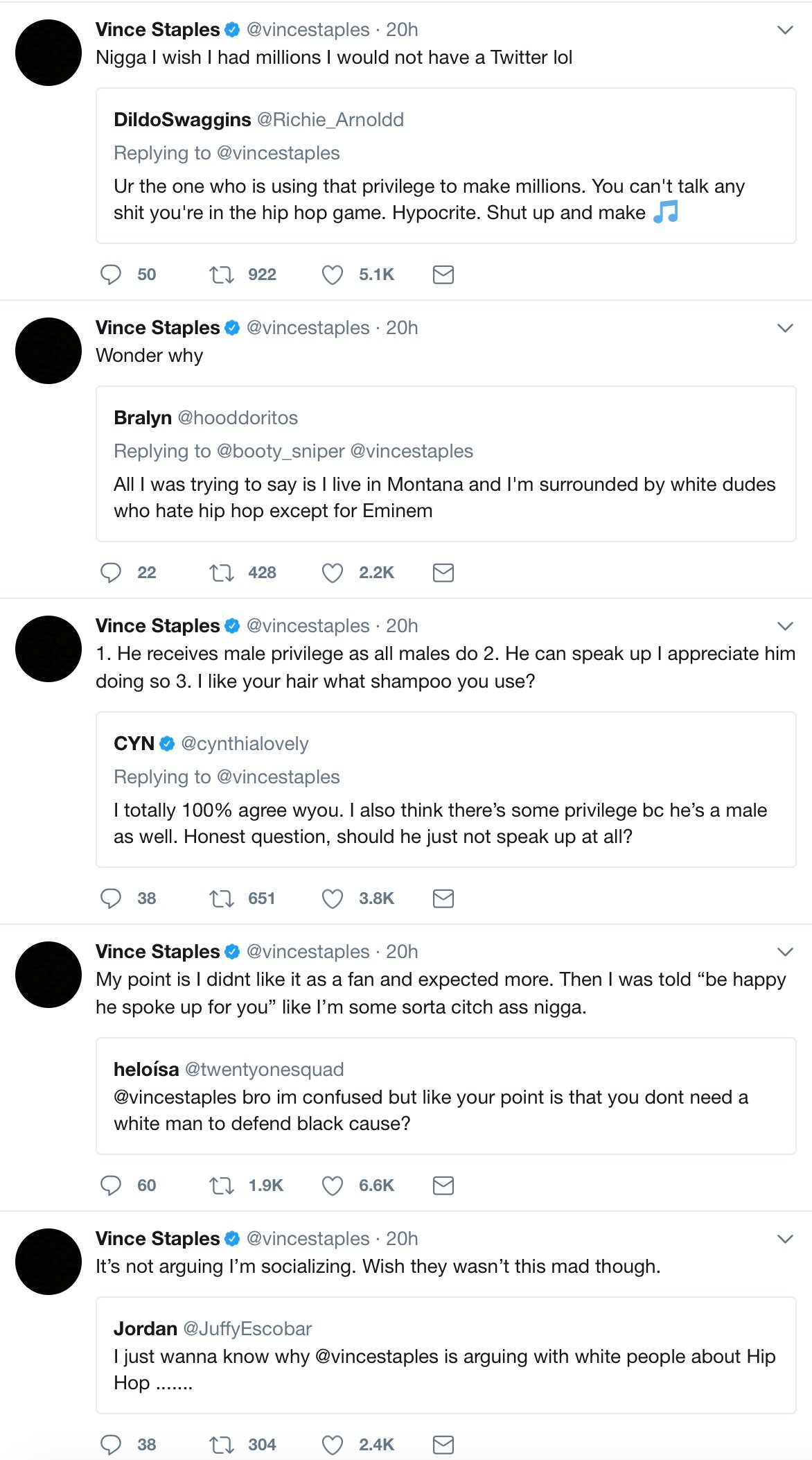 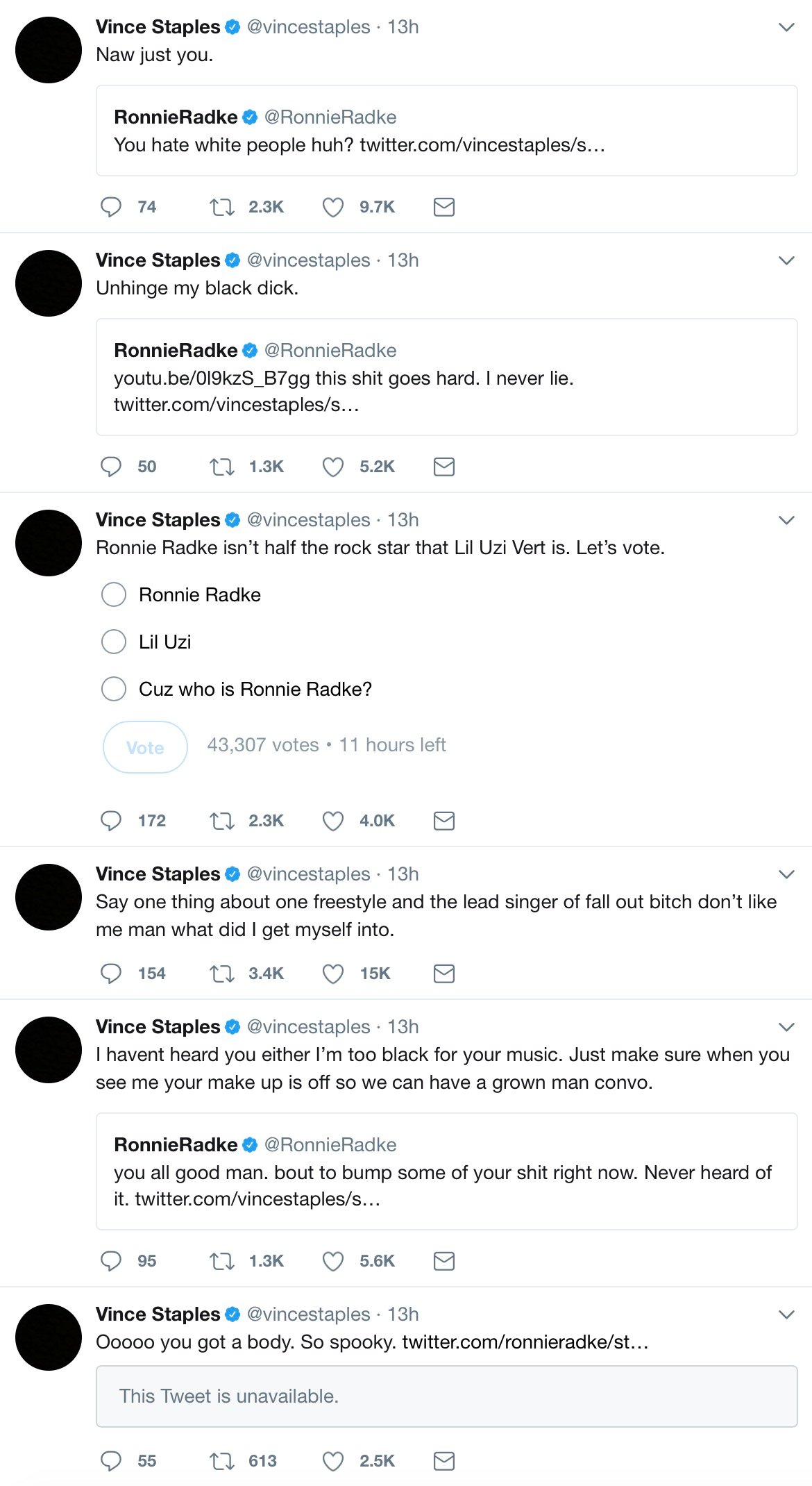 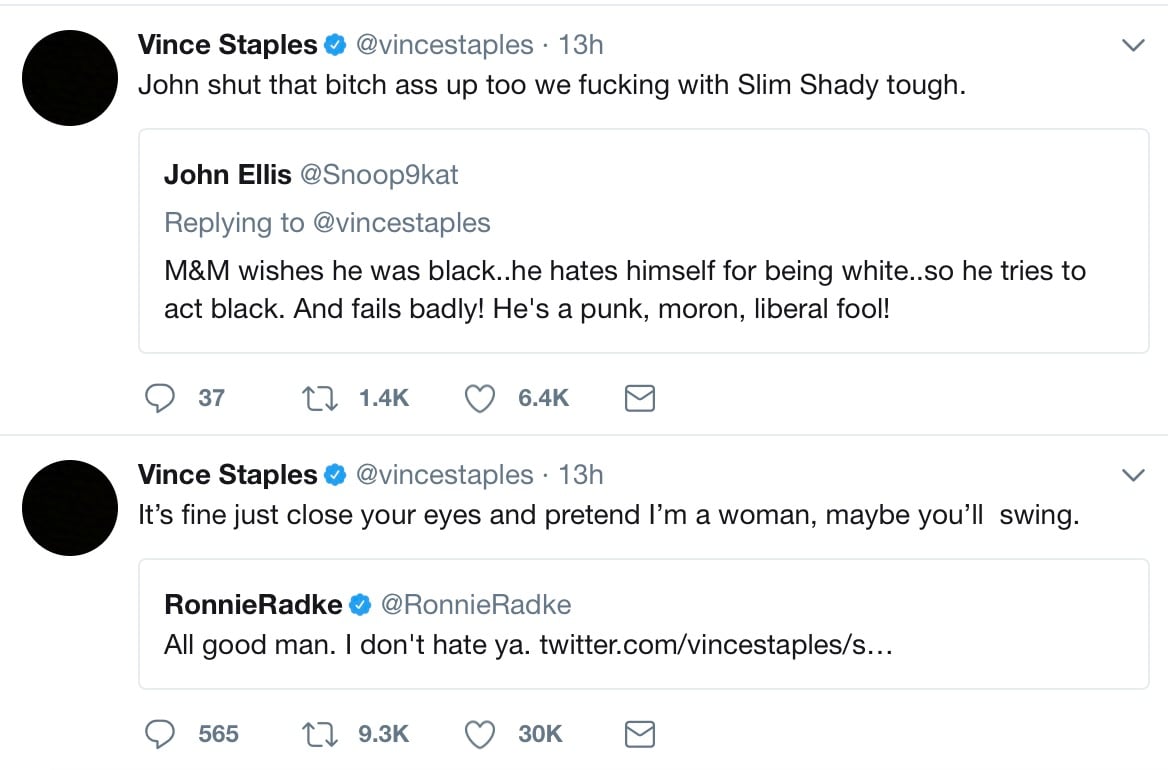 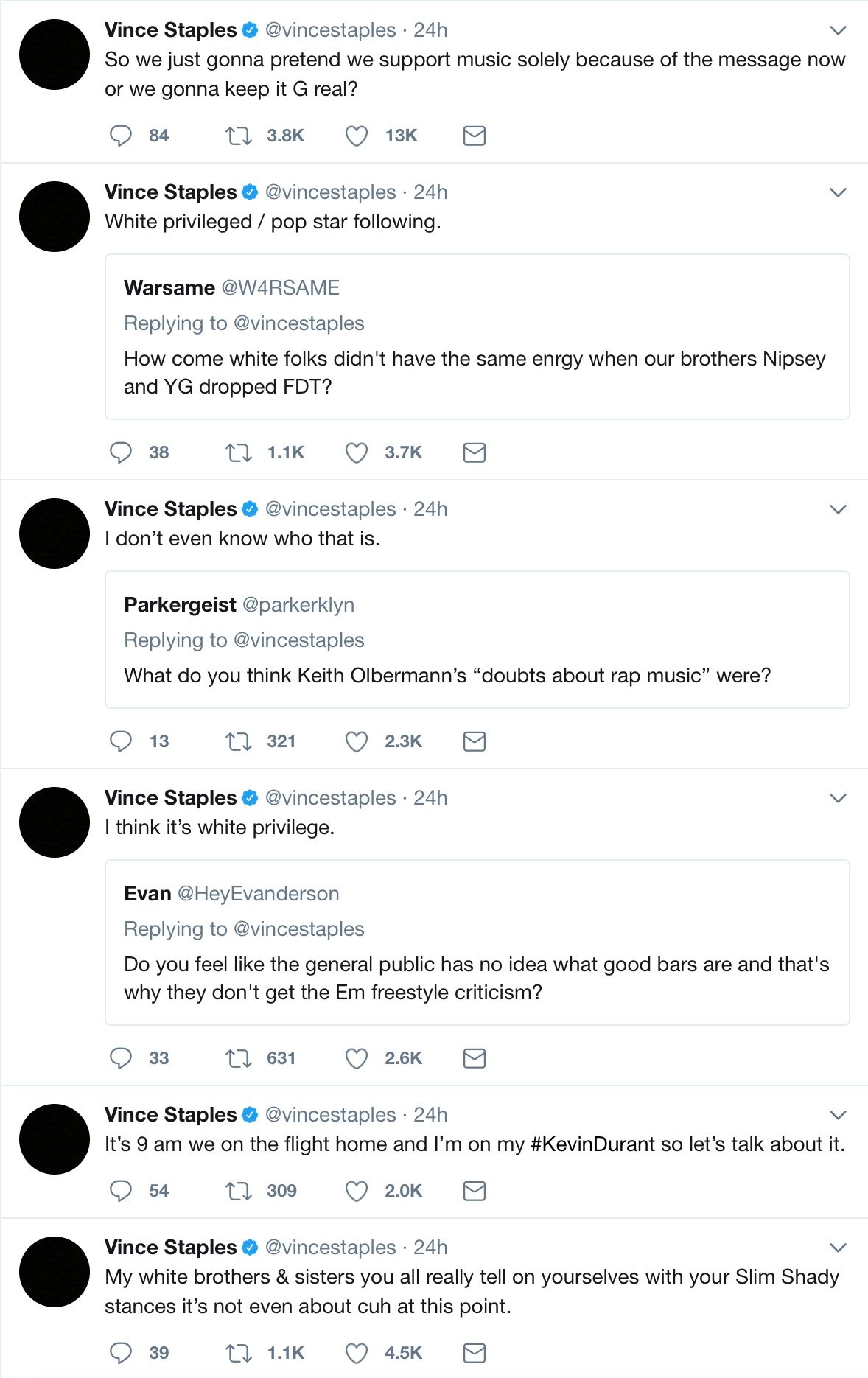 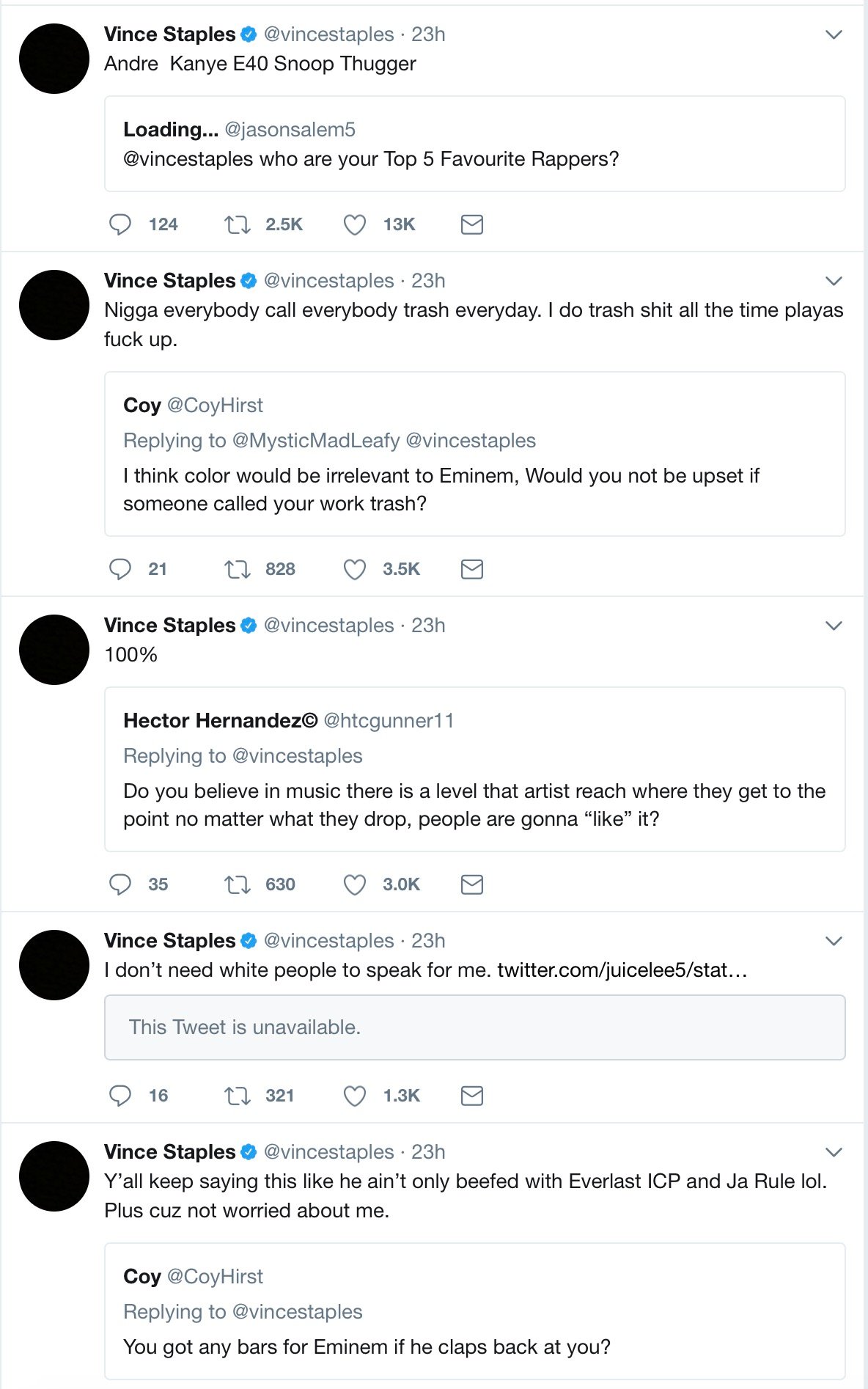 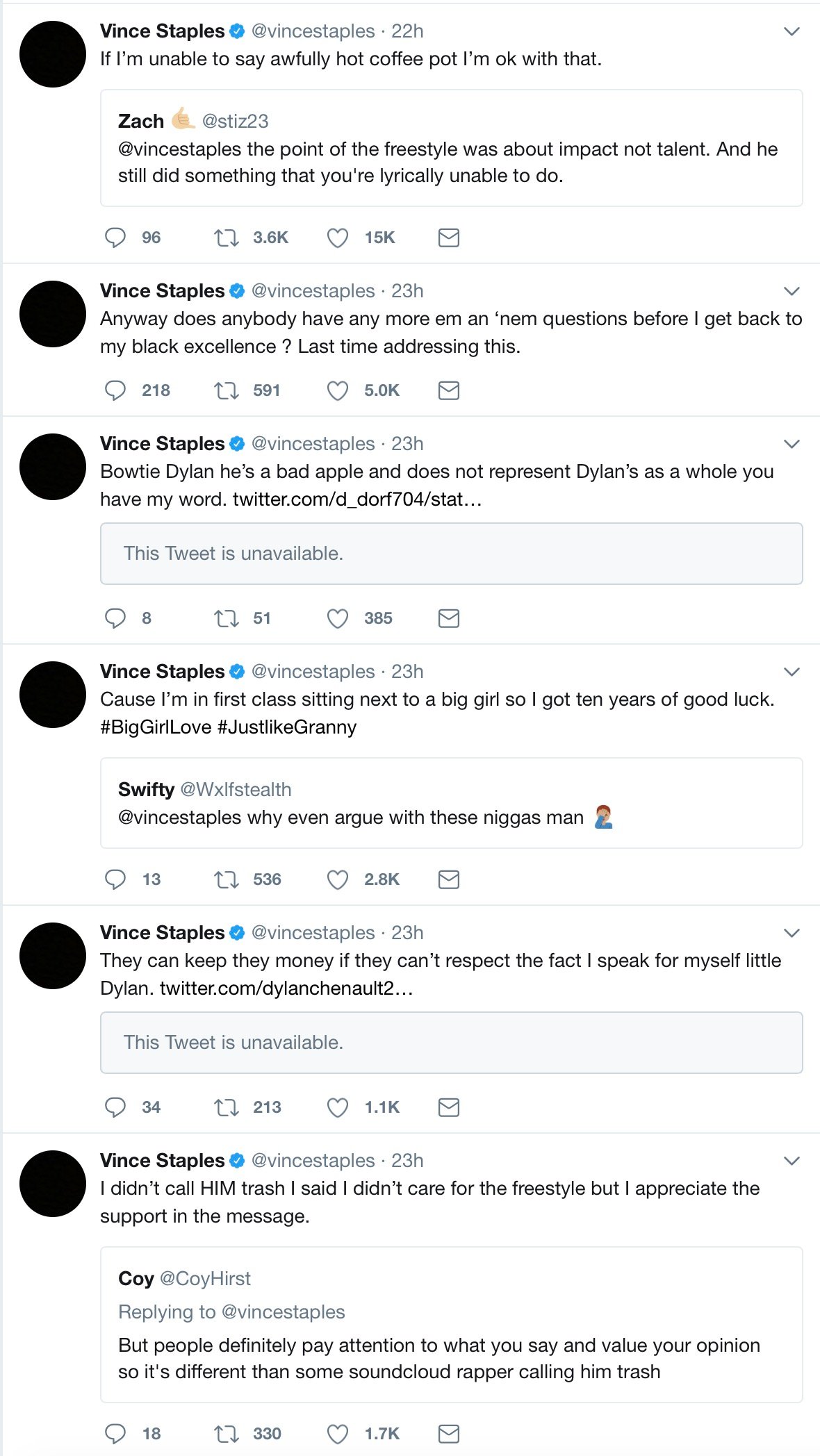 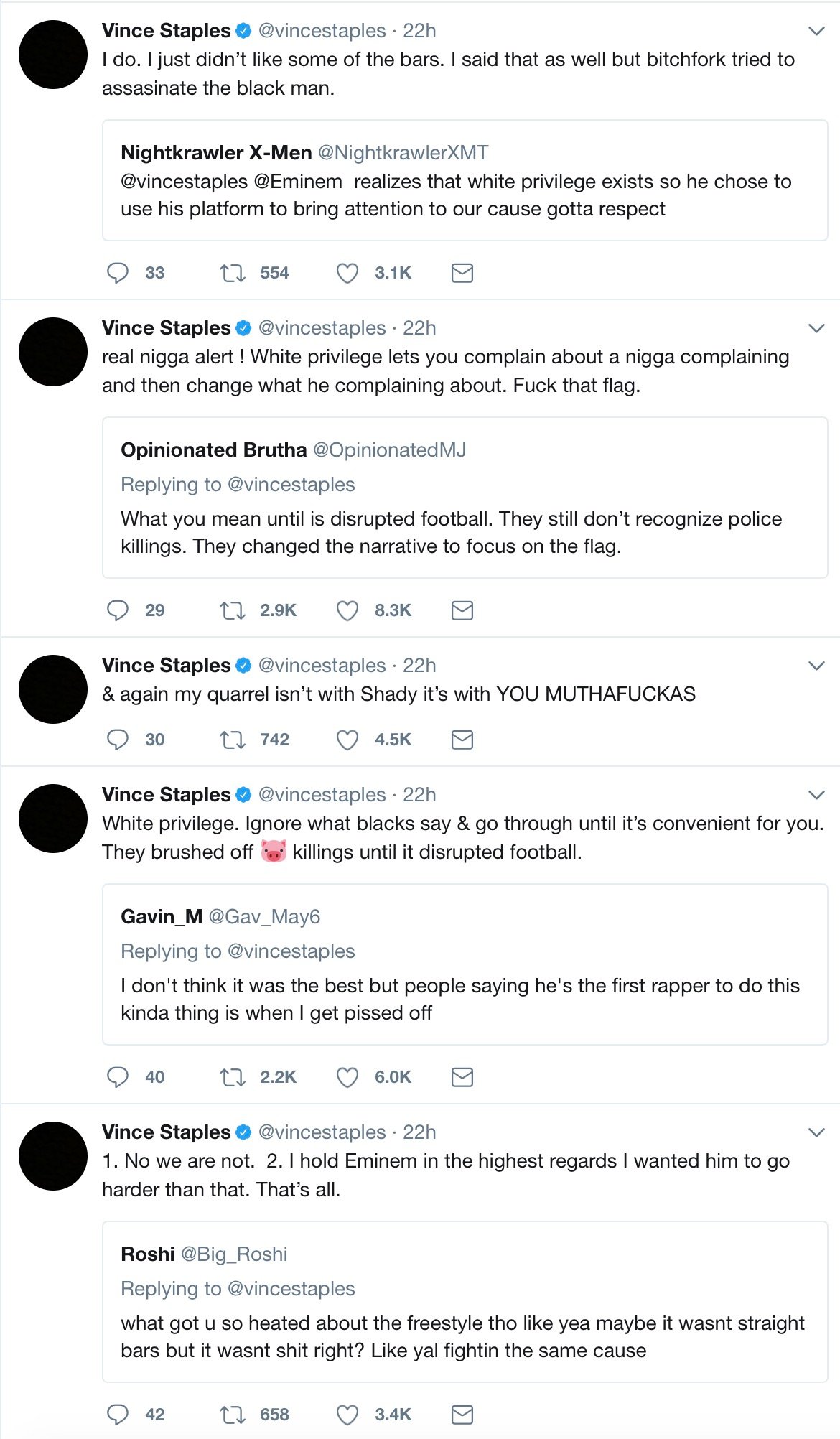 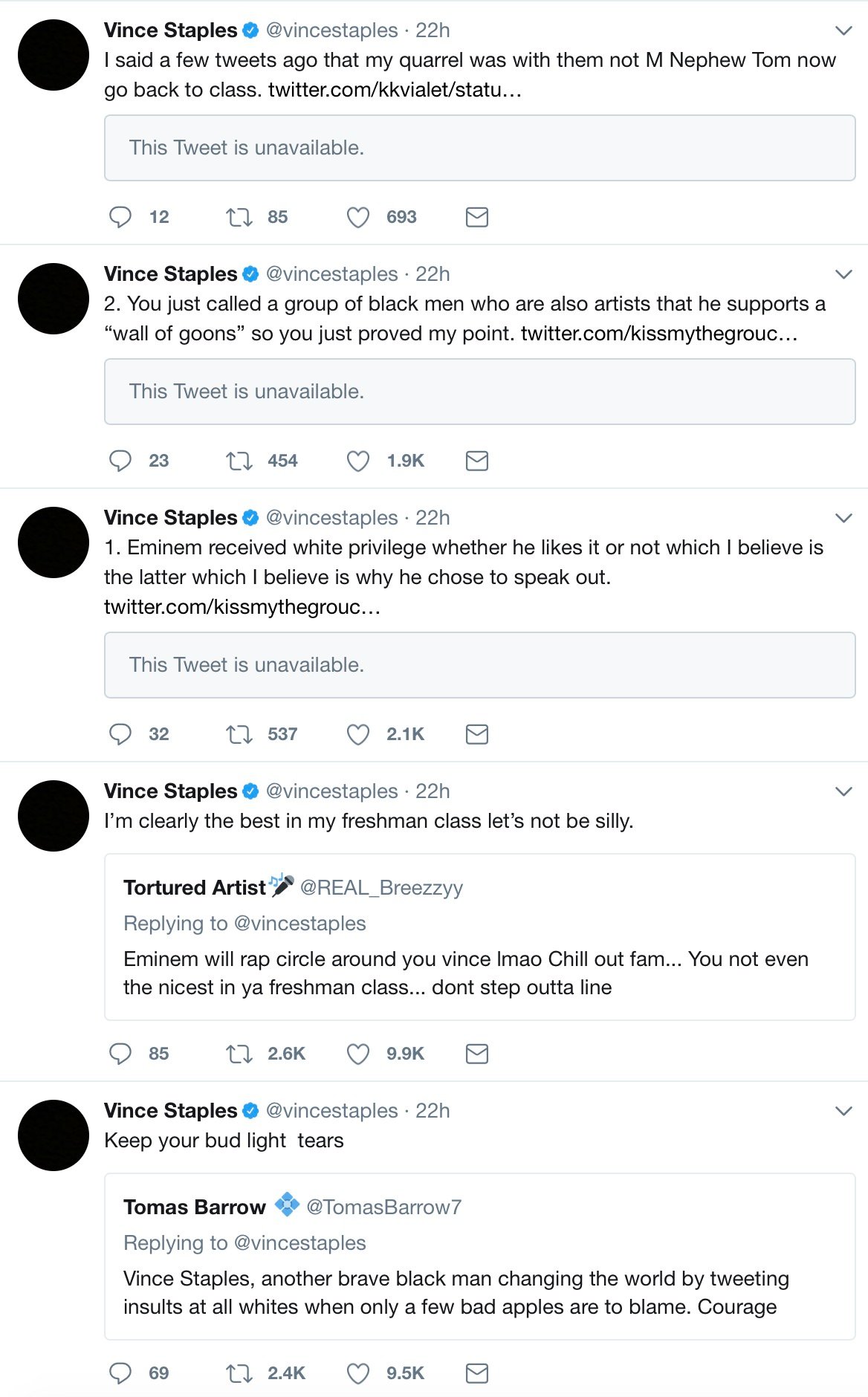 Tonight, during his talk at at Chicago’s Museum of Contemporary Art for Pitchfork’s In Sight Out series, Vince Staples shared his thoughts on the viral hit. “It was trash,” he said. “He can do better.” Staples went on to assert that if he were to rap those lines, it would be taken less seriously: “If I said, ‘This is for Colin/Ball up a fist/And keep it balled up/Like Donald the b*tch,’ they would be like, ‘Get this n*gga out of here.’” (Pitchfork)

The mnm statement was all in good fun I like him & Kim. @Pitchfork took it out of context because they thirsty. Lemme get these jokes off.

And yall not about to sit here and try to convince me the Donald the bitch line had y’all out y’all seat shut up.

How we gonna clown Xtentacion for rapping like a sorcerer on XXL but let M go full assasins creed & then deny me the right to my jokes.

Me not being able to make jokes about mnm is white supremacy @pitchfork don’t make me call Cornell West.