Roc Nation’s Vic Mensa has stepped forward to speak out on a perceived beef brewing with him and Chicago hip-hop artist Chance The Rapper.

Mensa downplayed the speculation and said he is currently beef-free.

“I don’t do my people dirty. I just don’t do it. So if somebody was wanting to beef with me, they wouldn’t really have all that much ammo. They would have to start digging and making things up ’cause I just keep it really really really real with my guys and people that I move with, that I do business with. They’ll testify I’m a hunnid. … I’m not worried about nobody at all. N*ggas don’t want that type of problem with me.” (Real 92.3)

Speculation on a feud brewing stemmed from a blurred out Chance pic Mensa recently posted on social media. 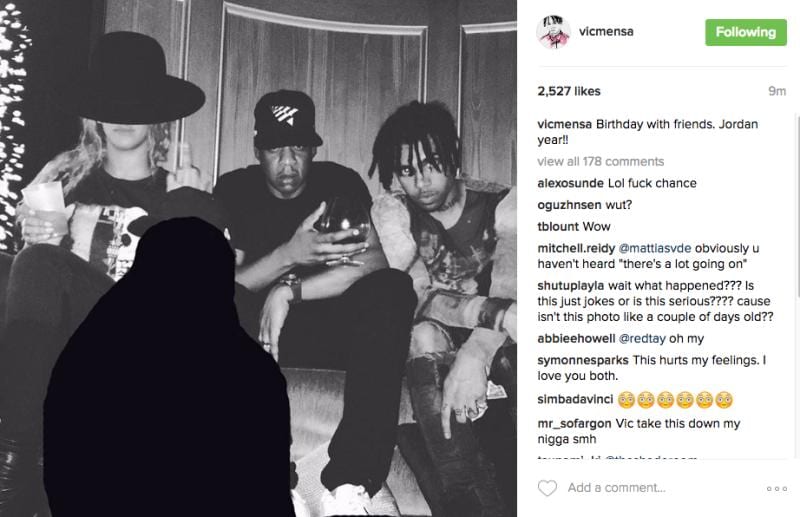 Coolest thing I did yesterday

At some point during one of his nights in NYC, he linked up with Jay Z, Beyoncé, and Chance the Rapper. They took a group flick, where Vic shared on Twitter, “Birthday with friends.” Chance, too, shared a different photo where he wrote, “Coolest thing I did yesterday.” Interestingly enough, Vic uploaded the same picture in a since-deleted Instagram post earlier today but blacked out Chance’s body and face. (Complex)