Usher’s Accuser Speaks Out: “Ive Been Getting So Many Death Threats”

Overnight viral personality Quantasia “Angel Valentino” Sharpton has social media’s full attention. The woman accusing R&B singer Usher of sleeping with her without disclosing having an STD is scared for her life. 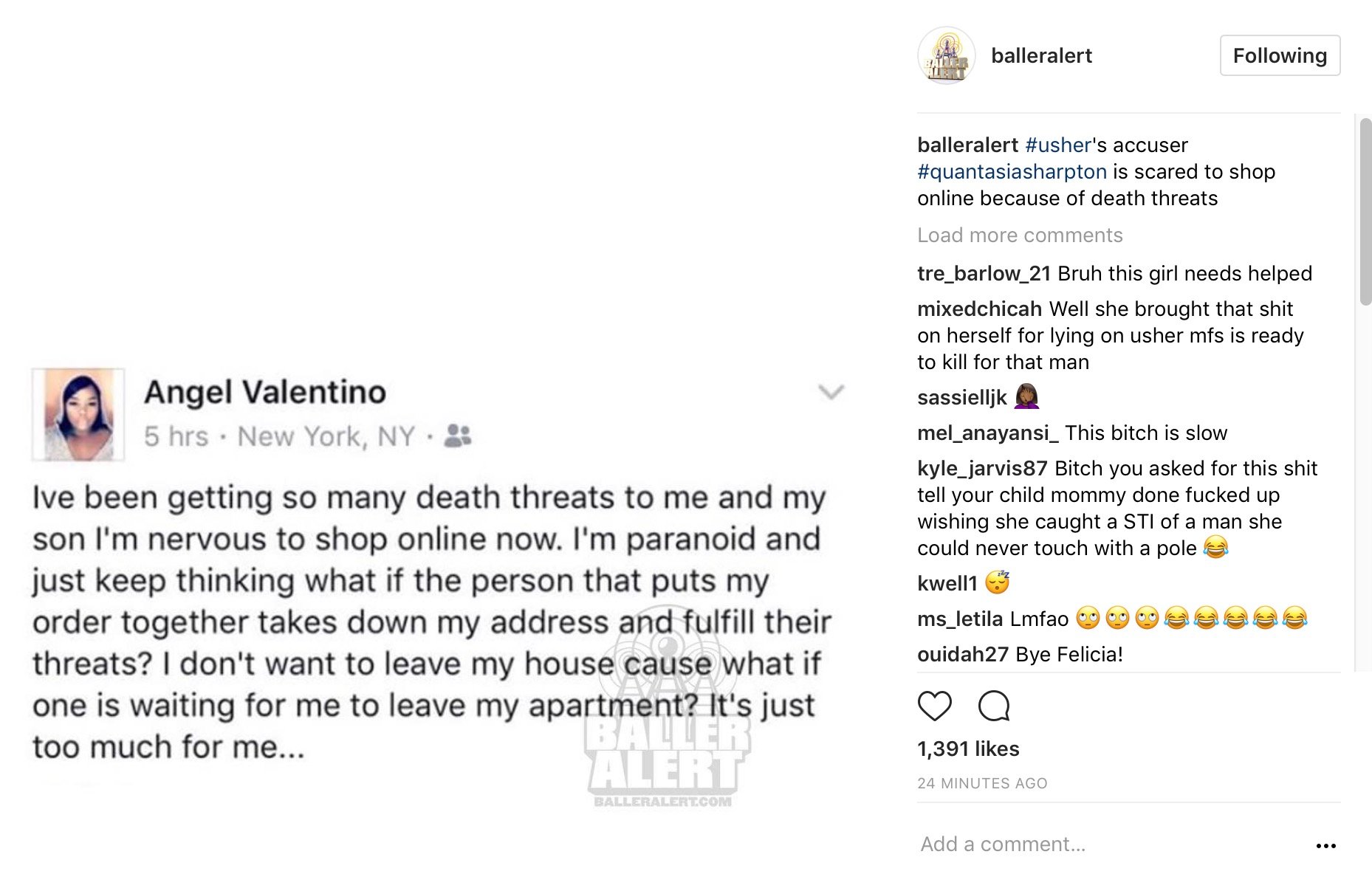 Earlier in the week, various hip-hop artists reacted to Usher getting dragged on the Internet over his growing STD case. 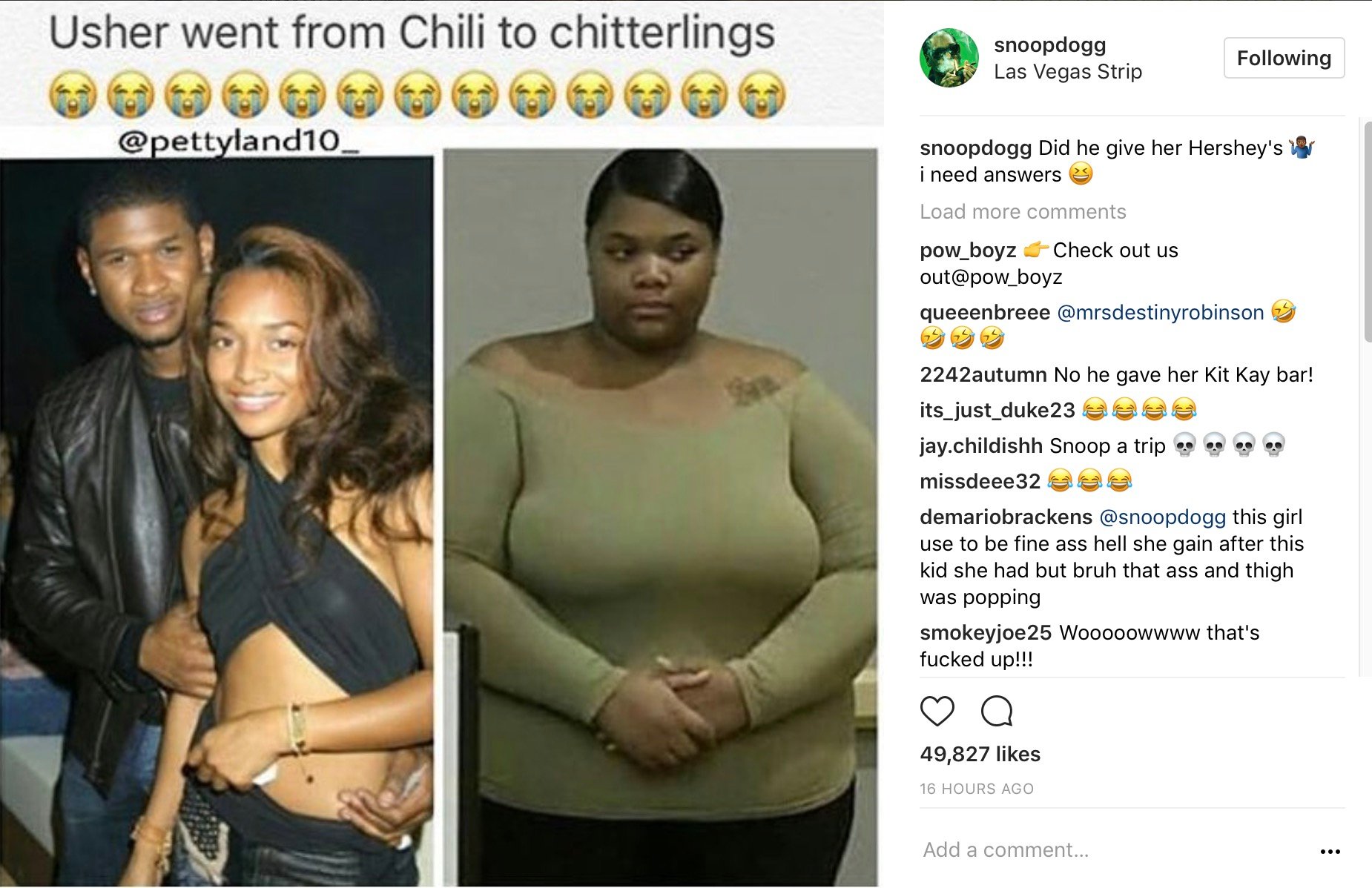 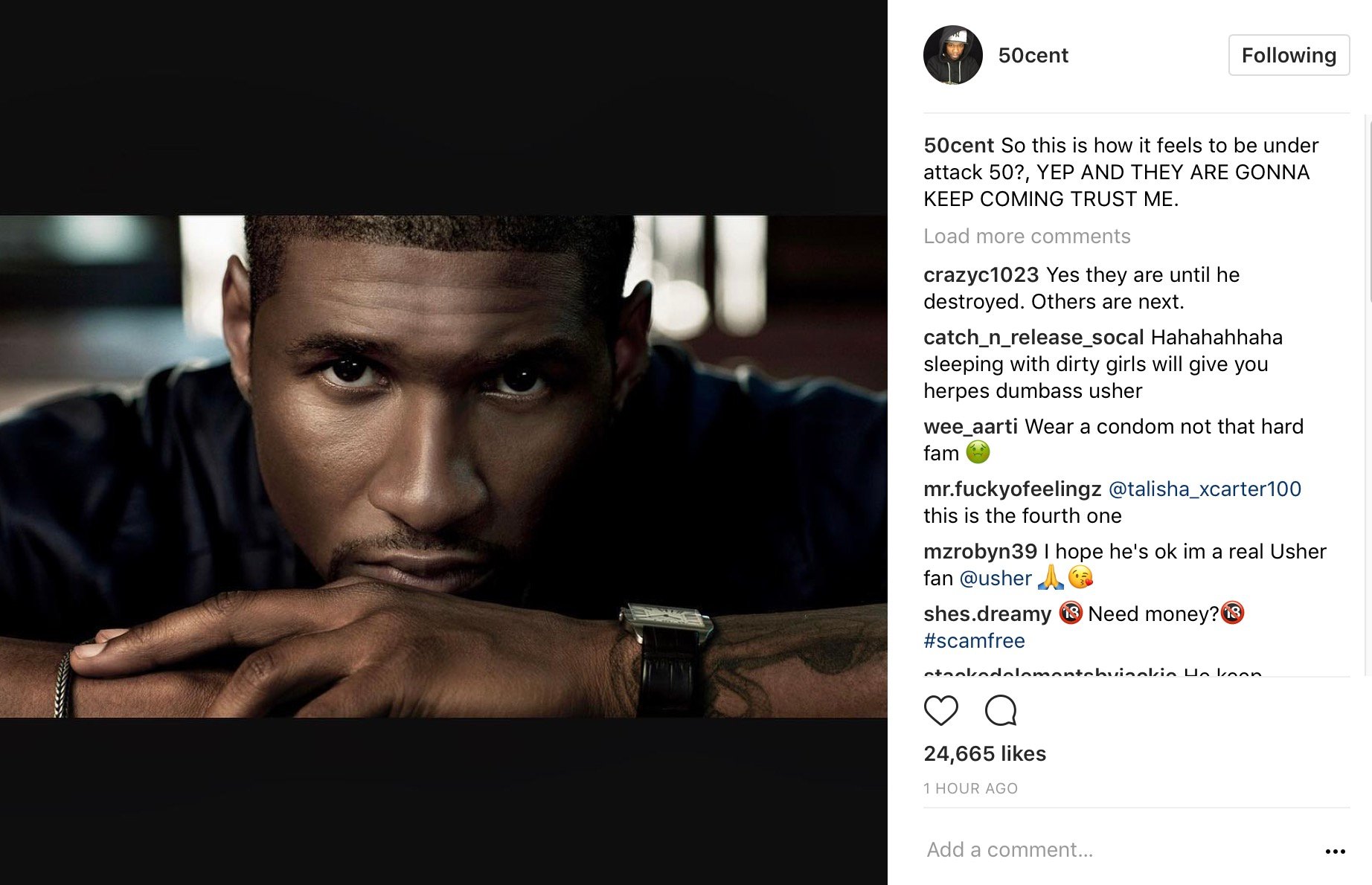