Rich Gang’s Young Thug is allowing his Twitter fingers to get the best of him by calling out Atlanta producer Metro Boomin and threatening to assault him this week. 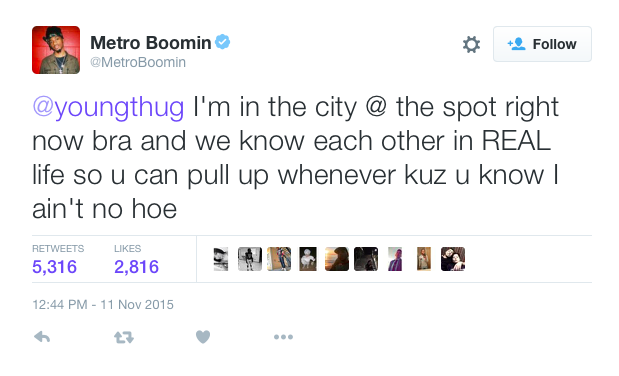 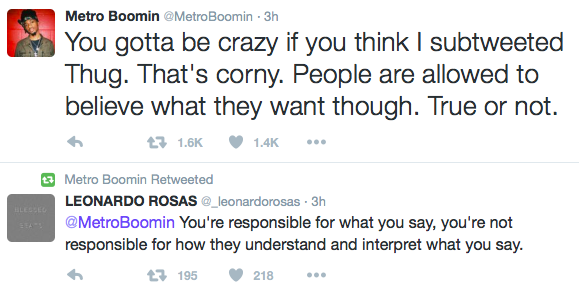 Thugger name-dropped Boomin and told him to avoid subliminal references on Twitter hours prior. 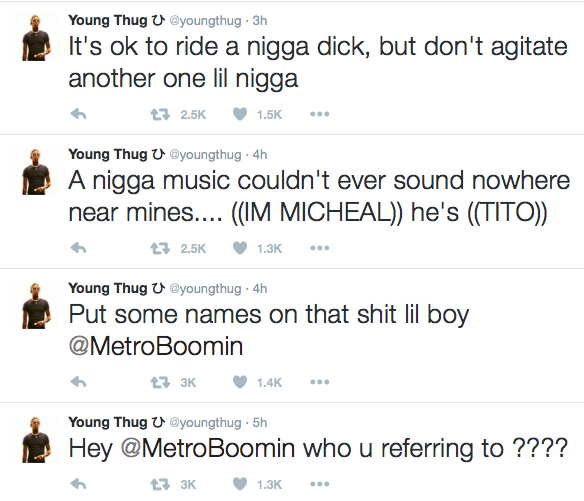 A few days ago, Boomin talked about the importance of artists putting quality over quantity with their music releases on Twitter. 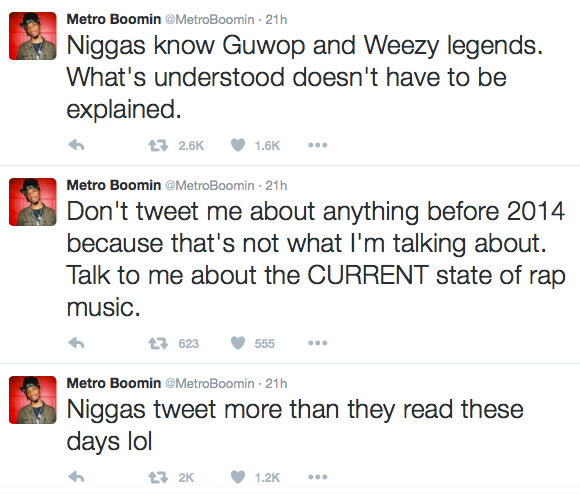