New details have surfaced on what may have gone down early Tuesday (August 30).

In a recent now-deleted Instagram caption, Breezy shouted out rap star Lil Wayne and appeared to fire off at his one-time rap foe Drake. 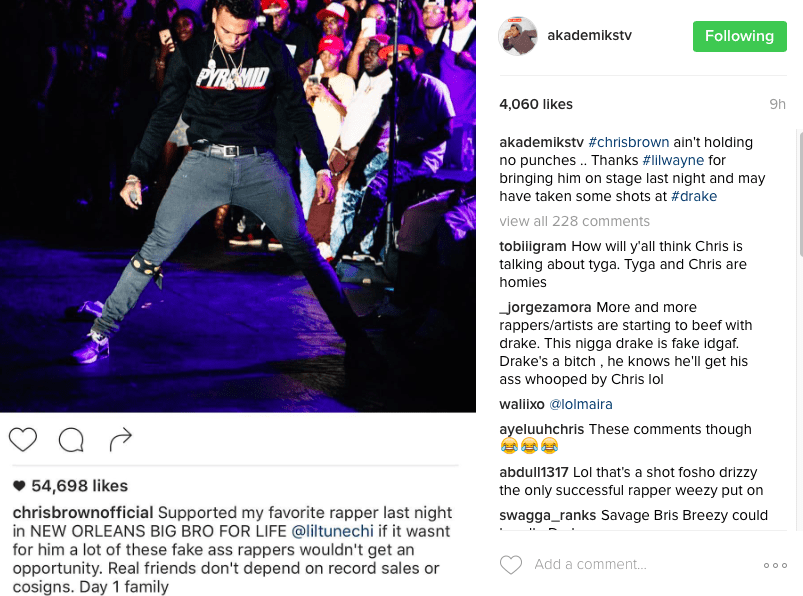 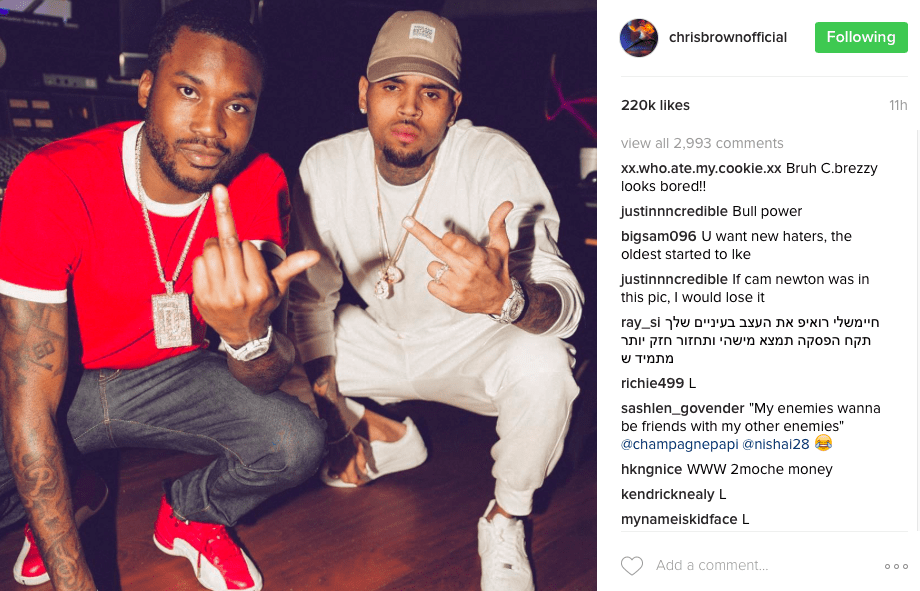