Chicago rapper Lil Reese is reportedly a free man again after posting $10,000 for bail this week.

According to reports, the Illinois native posted up the big bucks Monday (February 1). 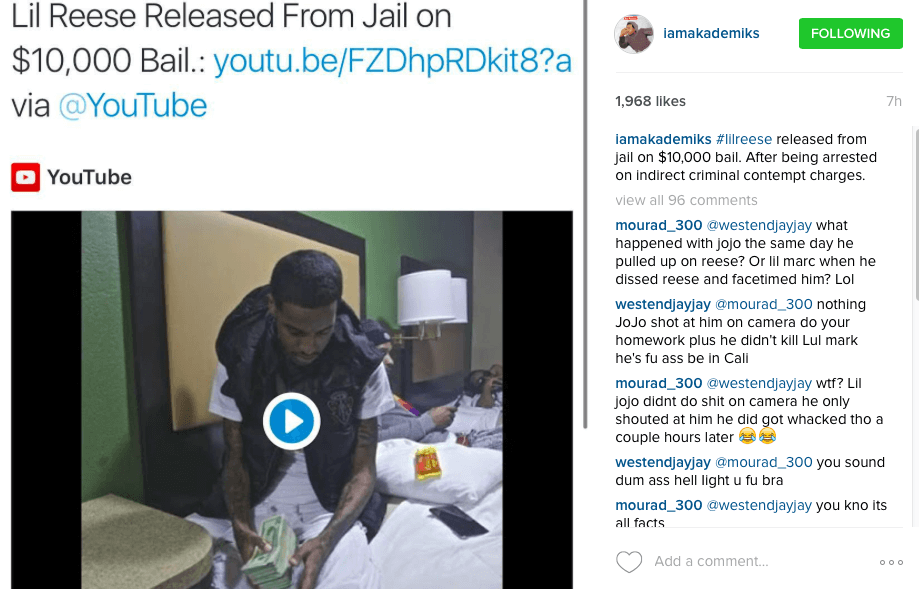 The Supa Savage rapper is being held in Cook County after he was arrested Saturday, Jan. 30 for indirect criminal contempt. Reese’s hearing is scheduled for Monday, Feb. 1. The Lamron spitter was nabbed on a weapons charge in summer 2014. Lil Reese, born Tavares Taylor, was arrested for felony possession of a firearm July 28, 2014. (Kollege Kidd)

“Police fufu put a gun on me but I’m out tho wat y’all talking bout I ain’t got my phone rite na but imma getup wit y’all…#300,” Reese tweeted July 30. (Lil Reese’s Twitter)

Past reports claimed he posted a hefty bail to avoid spending serious time behind bars.

Rapper Lil Reese is out on $50,000 bail after he was arrested on a felony gun possession charge earlier this week. However, the Chicago native is blaming the police for his his arrest. he ‘Since a Youngin” rapper went on Twitter to explain his run-in with the law and accused the police of planting a gun on him with hopes of keeping him in jail. (The Boom Box)